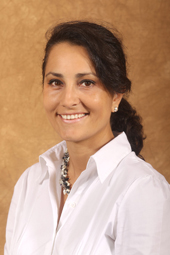 Andrea Cencich's academic background is in the areas of the relationship between second language acquisition and native language proficiency, as well as the distance between the first language and the target language. She incorporates advanced technological features to assist students in second language acquisition.  Her current research examines the relationship between military dictatorships and the depiction of contemporary criminological theories in Chilean literature.

She is actively involved in a number of campus-based activities at Cal U including  assisting students who are preparing to take the Spanish Praxis examination, serving as the coordinator for Act 48 language workshops, organizing internships abroad, and serving as co-advisor for the Foreign Language Club.

Andrea also specializes in teaching Spanish for law enforcement officers and other legal and public safety personnel. She teaches this subject matter both as an academic course at Cal U and also as a professional course to members of the Pennsylvania State Police, local law enforcement agencies and correctional officers through the University's Institute of Criminological and Forensic Sciences. She has provided pro bono translation services to non-governmental organizations involving genocide and other international crimes, and she has worked on the development of procedures to assist individuals who seek writs of habeas corpus in state and federal courts on claims of factual innocence.

Andrea is the Program Coordinator for the Global Online Spanish for Professionals program, which includes Letters of Completion in Spanish for Law Enforcement and Spanish for Business.

Prior to coming to Cal U, Andrea taught Spanish at the elementary school level and assisted the Roman Catholic Diocese of Pittsburgh in the implementation of an online Spanish language program. Andrea also taught Spanish at Franciscan University of Steubenville, as well as art and Spanish while living for a number of years in Europe.