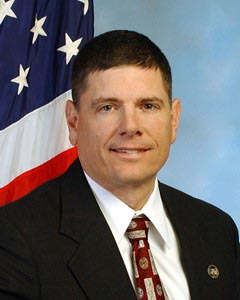 Mr. Heller was born in Sayre, Pa. After graduating from high school, he enlisted in the U.S. Navy. Following his three year commitment to the Navy, Mr. Heller earned a bachelor's degree in electronics engineering from  Capitol College in Laurel, Md. Mr. Heller worked as a design engineer as a Department of Defense contractor from 1987 until 1989.

Mr. Heller entered on duty as an FBI special agent in May 1989, and upon completion of his training at Quantico, was assigned to the FBI office in Anchorage, Alaska. While assigned to the Anchorage office, Mr. Heller worked a myriad of criminal investigations with an emphasis in Organized Crimes/Drugs as well as volunteered for collateral responsibilities as a SWAT/Sniper and Evidence Response Team member. Mr. Heller also served as a technically trained agent.

In 1996, Mr. Heller was promoted to supervisor of the Crisis Response Unit, Quantico, Va. Mr. Heller lead a team of specialized technically trained personnel on several international deployments in support of the FBI's counterterrorism mission. These deployments included the 1996 take-over of the Japanese ambassador's residence in Lima, Peru, and the 1998 bombings in Kenya and Tanzania.

In 1998, Mr. Heller was awarded a supervisory position in the FBI's Drug Section, where he was the principal program manager of the Nigerian Crime Initiative. His efforts on this initiative were rewarded with an appointment by the FBI director to the spring semester of the National War College, Ft. Mc Nair, where he completed the advance information management program.

In 1999, Mr. Heller was promoted and transferred to the Minneapolis office as the supervisory senior resident agent (SSRA) in Sioux Falls, S.D. As SSRA, he was responsible for all FBI programs as they applied to this territory, which encompassed four Indian reservations and the largest city in South Dakota. Mr. Heller established South Dakota's first Joint Terrorism Task Force (JTTF) and extended the use of a Safe Trails Task Force on all four reservations. He served as the on-scene commander of FBI resources during an armed take-over of the Sisseton-Wahpeton Tribal Hall, the 1999 airplane crash of famed golfer Payne Stewart, and the August 2000 sabotage of a D M & E train transiting through South Dakota.

In 2003, Mr. Heller accepted a position in the Johnstown Resident Agency in the Pittsburgh Office, where he was assigned all domestic terrorism and international terrorism matters in the territory.

In September 2005, Mr. Heller was promoted to Assistant Section Chief (ASC), Weapons of Mass Destruction (WMD)/Domestic Terrorism (DT) Operations Section, Counterterrorism Division (CTD). After the establishment of the FBI's WMD Directorate, he was assigned as the ASC of the DT and Response Section where he provided program oversight of the National JTTF, Special Events, Military Liaison, DT Operations, and Fly Team Units.

In September of 2006, Mr. Heller was selected by the director for the position of assistant special agent in charge of the Anchorage field office. In May of 2008, he was selected by the Department of Homeland Security to attend the Center for Homeland Defense and Security master’s program, Naval Post Graduate School, Monterey, Calif., and completed his master's degree in 2010. During his Alaska tenure, Mr. Heller successfully led the office resources in apprehending terrorists Paul and Nadia Rockwood and serial killer Joshua Wade.

Leveraging the use of unique and sophisticated investigative techniques, the Rockwoods and Wade all plead guilty to their respective charges. These investigations garnered national and international attention.