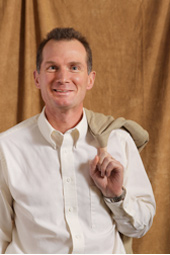 Following completion of my graduate degree, I was a technical staff member in the research department at Aerojet ElectroSystems in Azusa, Calif., where I worked with platinum-silicide infrared detectors. After almost three years in the state of California, I moved to Washington, Pa., to begin my teaching career at Cal U.

I am very active in the Society for Analytical Chemists of Pittsburgh (SACP), where I held positions as secretary, treasurer, chairman-elect and chairman in 2009-2010. I am also a member of the Pittsburgh Conference Committee, an association predominantly composed of volunteers that is responsible for annually organizing and hosting Pittcon. Pittcon is one of the world's largest scientific conferences and expositions, attracting more than 15,000 conferees and exhibitors to its convention each spring.

In addition to these professional activities, I have presented science lecture-demonstrations to large audiences including the Faraday Lectures in 2001 and 2005 at Soldiers and Sailors Memorial Hall in Pittsburgh and the Science Week Lecture-Demonstration at Pittcon 2005 in Orlando, Fla.

Some recent student projects have included:

-- Determination of resveratrol content in wine and grapes by HPLC.

The general chemistry program at Cal U is now delivered in what we call the "studio" format using POGIL (processoriented guided inquiry learning) methodology.

The "studio" approach means that the lecture and laboratory portions of the general chemistry courses have been merged together and are now seamlessly delivered in a technology-rich classroom, which was call the chemistry "studio." the POGIL approach is a team-oriented, student-centered methodology that focuses on active participation of students as they build their understanding of chemistry principles through analysis of model systems and application of problem solving.

This approach de-emphasizes lengthy lectures, thereby allowing the faculty member to address specific student questions individually as they arise. Note that this methodology also requires a much higher level of student preparation before each class period and focused participation throughout the class period.

As a result of this delivery, general chemistry courses at Cal U are rather different and challenging, but the experience is much closer to modeling the dynamics of the workplace than the traditional approach.