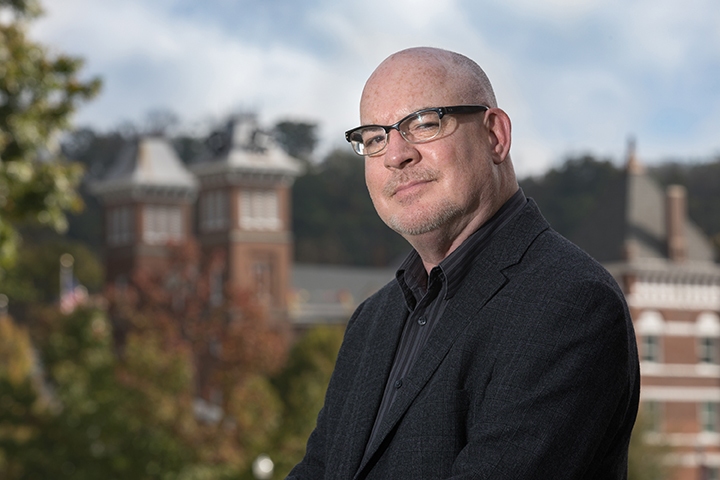 Professor, Director of the Pennsylvania Center for Investigative and Forensic Sciences, and Director of Criminal Justice Graduate Programs

Dr. John Cencich is a criminologist and retired career law-enforcement official who has spent the past 18 years in academia serving as a tenured full professor, department chair, and dean.

He is the architect of the first professional Doctor of Criminal Justice degree in the United States, and teaches in the master's program in Applied Criminology, which was developed with the assistance of some the original criminal profilers from the FBI's Behavioral Analysis Unit at Quantico, Va. He also teaches the law component of the Forensic Linguistics graduate program,

During this time, he has served as the chair of the International Section and vice chair of the Law and Public Policy Section of the Academy of Criminal Justice Sciences, as an active consultant to the National Institute of Justice and the United Nations, the Organized Crime Committee of the International Association of Chiefs of Police, and as a member of the Advisory Committee for the Pennsylvania Joint State Government Commission Report on Wrongful Convictions.

Through the Pennsylvania Center for Investigative and Forensic Sciences, Dr. Cencich and his colleagues provide expertise in several ways to include resolution of cold cases and claims of factually innocent persons.

A former senior United Nations officer and war crimes investigator, he led one of the largest international criminal investigations since the Second World War. During his career, he has obtained precedent-setting state, federal, and international judicial decisions including an indictment of the first sitting head-of-state in history and the identification and prosecution of major co-perpetrators in an international criminal enterprise involving high-level political, military, police, intelligence, and organized crime figures. Crimes investigated include political assassinations, extermination, mass murder, hostage-taking, torture, and sexual assault.

In 2005, the Senate of Virginia unanimously passed a formal resolution commending him for his distinguished service to the commonwealth, the country, and the United Nations; the U.S. government conferred upon him the Meritorious Service Medal for aiding the United States and its allies in the restoration of international peace and security; and he was awarded the United Nations Medal for service at The Hague for his contributions to the investigation and prosecution of war crimes and crimes against humanity. He also served a special attachment with Scotland Yard, and has worked with law enforcement agencies and intelligence officers from around the world.

During his law-enforcement career — in which he walked a beat, patrolled by motorcycle and scout car, worked undercover, and investigated organized crime — he received over 50 commendations including the Police Meritorious Service Medal with Bronze "V" Device. He also undertook classified national security and counterintelligence investigations on behalf of the U.S. government.