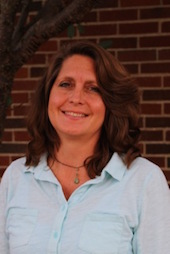 Dr. Joni Roh is a professor in the Department of Exercise Science and Sport Studies at California University of Pennsylvania. Roh joined California University in 1991 to teach and advise students enrolled in the undergraduate and graduate accredited athletic training programs. In 2006, Roh began teaching graduate courses in the Exercise Science and Health Promotion online programs and continues to advise graduate students in the sport psychology concentration.

Prior to coming to California, Dr. Roh was an assistant athletic trainer at the University of Notre Dame in South Bend, Ind. Dr. Roh's undergraduate degree was earned at West Virginia University in physical education with a minor in athletic training. She obtained her Master of Arts in Teaching (MAT) degree in Physical Education, Exercise, and Sports Science, with an emphasis in Sports Medicine, from the University of North Carolina at Chapel Hill. She completed her doctorate in sport psychology with a minor in counseling at West Virginia University in 2001.

Dr. Roh's research interests include psychology and sport injury and its effects on rehabilitation. Specifically, her dissertation evaluated "Patient Satisfaction Among Injured High School and College Athletes and Its Influence Among Rehabilitation Adherence and Rehabilitation Compliance." Dr. Roh has presented research relative to sport injury at nationally recognized symposiums (APA, AAASP, NATA) and has published articles in national peer-reviewed journals. Dr. Roh is a guest reviewer for The PASSHE FPDC Annual Grants Program, the Journal of Sport Rehabilitation, the Journal of Athletic Training, Sport Health, and the Strength and Conditioning Journals.

Dr. Roh has been involved in the profession of athletic training since 1986. She is a member of several national and regional organizations the National Athletic Trainers' Association (NATA), the Eastern Athletic Trainers' Association (EATA), the Pennsylvania Athletic Trainers' Society (PATS), West Virginia Athletic Trainers' Association (WVATA), Association for the Advancement of Applied Sport Psychology (AAASP), and the American Psychological Association (APA) Division 47. She has taken leadership roles in many organizations: In 1995, she assisted the president of the EATA with the selection of speakers and topics for the annual meeting. In 2004, Dr. Roh was appointed to the NATA Post Professional Educator's Committee (PPEC), where she served on the committee until 2016.  Also in 2013, Dr. Roh was appointed to the ad hoc CAATE PPE Annual Review Committee for the NATA.  In 2012, Dr. Roh was elected as the 2nd vice chair of the Kappa Omicron Nu (KON) Executive Board, and in 2014 she was elected as First Vice Chair, then took the chair (president) position of the KON Executive Board in January 2015 and served in that role until 2017.

Additionally, in 2005 Dr. Roh received acceptance of application and became the adviser of the Nu Omicron Chapter of the Kappa Omicron Nu (KON) Honor Society, which is a certified member of the Association of College of Honor Societies (ACHS). Since her tenure the chapter has received two Chapter Award of Excellence from KON (2009 & 2012), two students have been on the Member Spotlight for KON (Drew Slocum & Nikki Gaton), the chapter was a Featured Chapter in March 2013 on the KON website, 16 students have published their work to the Undergraduate Research Journal for Human Sciences (URJHS), one student undergraduate presentation at the 2012 Conclave in East Lansing, Mich., including a research award, took students to local schools to present health and wellness to elementary and middle school-aged children in four consecutive years, and was awarded Outstanding Adviser in 2014 at the Conclave in Orlando, Fla.

Dr. Roh is involved in the University and her community, serving on the following committees: Undergraduate Research Advisory Council (URAC) until 2017, various Department committees, and serves as the Secretary/Treasurer of the Chancery Hill Historic District.

Dr. Roh resides in Morgantown, W.Va. with her husband, Michael, her son, Adam, and daughter, Lucy. She enjoys traveling (traveled to Canada, UK, Scotland, Ireland, France, Italy, Germany, Switzerland, Czech Republic, Kenya and Uganda).  She also enjoys the outdoors that involves backpacking and camping.  On a domestic note she loves to cook, make homemade breads and pies, sewing/tatting, and knitting when time allows.