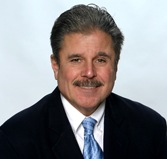 Patrick Picciarelli is the author of the non-fiction books Jimmy the Wags: Street Stories of a Private Eye (William Morrow), the screenplay (movie rights sold), the sequel, My Life in the NYPD: Jimmy the Wags (NAL), Mala Femina: A Woman’s Life as the Daughter of a Don (Barricade Books), Undercover Cop: The True Story of the Undercover Cop Who Brought Down the Real-Life Sopranos (St. Martin’s Press). Street Warrior: The True Story of the NYPD’s Most Decorated Detective and the Era That Created Him (St. Martin’s Press).

A television series based on the book, titled Unstoppable, debuted on the Discovery Channel in fall 2017. Hollywood Godfather (St. Martin’s Press) will be published in March 2019.  He has also published Blood Shot Eyes, a novel. His short story, The Prince of Arthur Avenue, which appeared in the anthology Bronx Noir (Akashic Books 2007), has been made into a film (KnightVision Productions) and was released in 2012.

Picciarelli, a former U.S. Army machine gunner in Vietnam, spent 20 years in the NYPD, retiring as a lieutenant, is a licensed private investigator and the president of Condor Security & Investigations, Inc. He holds both B.A. and M.A. degrees in criminal justice from John Jay College of Criminal Justice in New York and an additional M.A. in Writing Popular Fiction from Seton Hill University in Greensburg, Pa.