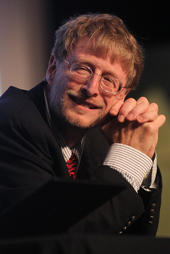 Dr. Crawford is a specialist in the history of the crusades and of the military-religious orders (such as the Knights Templar, Knights Hospitaller and Teutonic Knights). He has published a number of works on these subjects, including the first English-language translation of a 14th-century crusader chronicle known as The ‘Templar of Tyre'; several articles and book chapters; a number of encyclopedia entries on crusade-related subjects; and several popularly oriented essays. Along with Helen Nicholson (University of Wales) and Jochen Burgtorf (California State University-Fullerton), he has edited a collection of scholarly papers on the trial of the Templars.  He is currently leading an international team of scholars as they assemble a biography of the crusade leader Renaud of Châtillon, with supporting translations of all known original documents relating to Renaud.

He has assisted in the preparation of several television programs on the crusades and the military orders, and has appeared in three: "History's Mysteries: The Children's Crusade" (2000), "The Crusades: Crescent and the Cross" (2005) and "Lost Worlds: Knights Templar" (2006), all first aired on the History Channel.