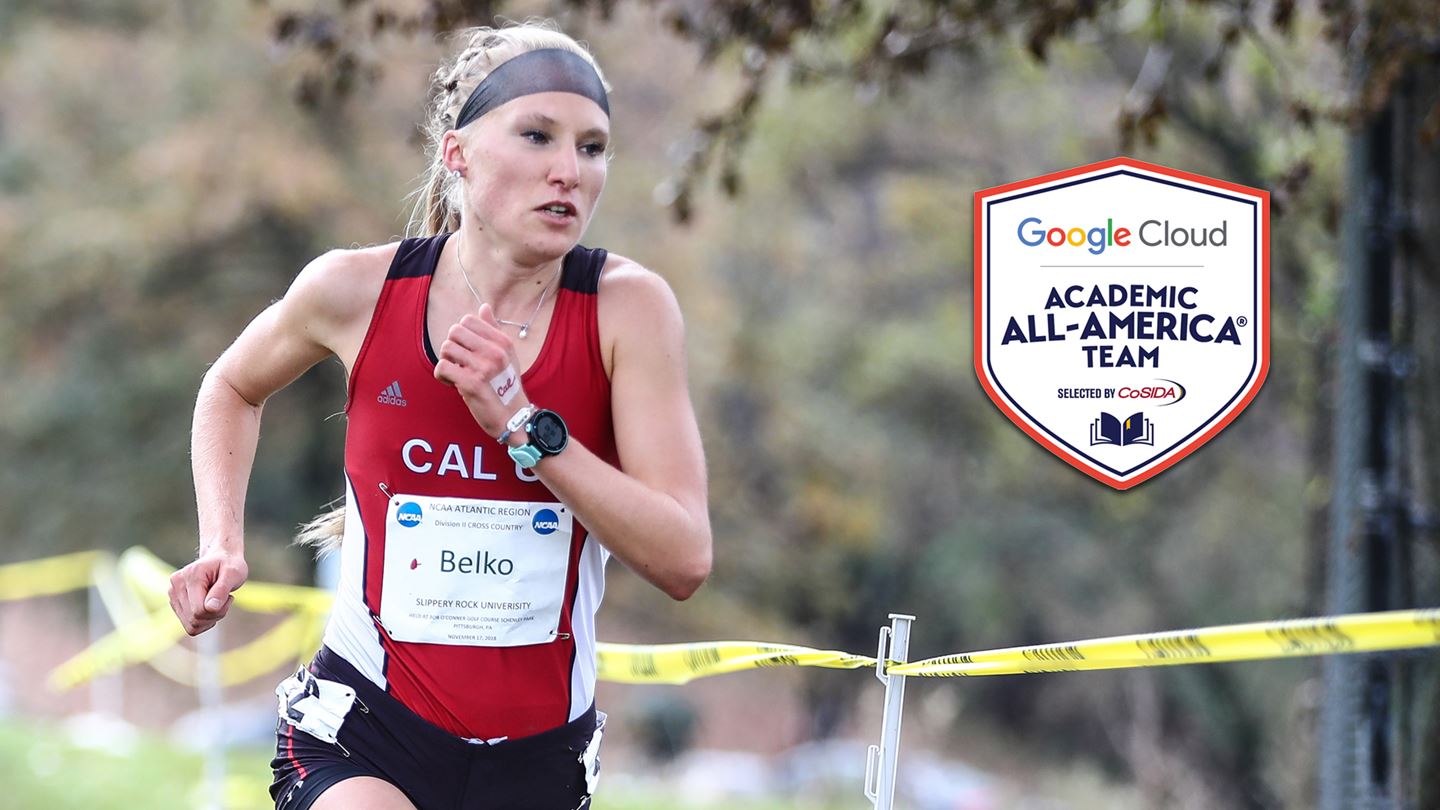 Belko earned Academic All-America laurels for the second time in her career after previously receiving third-team honors in 2017 while competing at the NCAA Division III level at Stockton (N.J.). The Cal U women's cross country/track & field program has now featured at least one Academic All-American seven times in the past eight years.

In her lone semester competing for the Vulcans, she compiled one of the most accomplished cross country seasons in program history. She captured the individual title at both the NCAA Atlantic Region Championships and Pennsylvania State Athletic Conference (PSAC) Championships and helped Cal U earn a team qualifier for the NCAA National Championships. Belko garnered NCAA All-America status by placing 25th overall at the national meet after being selected both the U.S. Track & Field and Cross Country Coaches Association (USTFCCCA) Atlantic Region and PSAC Athlete of the Year.

Belko earned her master's degree in exercise science and health promotion with a concentration in performance enhancement and injury prevention in December 2018 with a 4.00 cumulative grade-point average (GPA). She completed her bachelor's degree from Stockton in physical therapy with a 3.87 cumulative GPA in 2017.

A native of New Jersey, Belko was an accomplished three-sport athlete at Stockton, competing on the cross country, field hockey and track & field teams. She received NCAA All-America status in both cross country and track & field while with Ospreys and finished her career with a combined five school records. Belko also played in nearly 50 matches as a member of field hockey team at Stockton from 2013-15.

To be eligible for Academic All-America consideration, a student-athlete must maintain a cumulative 3.30 GPA or higher and must have reached sophomore athletic and academic standing at their institution.