A keepsake from the coaching days of a Cal U legend has found a home in Hamer Hall. 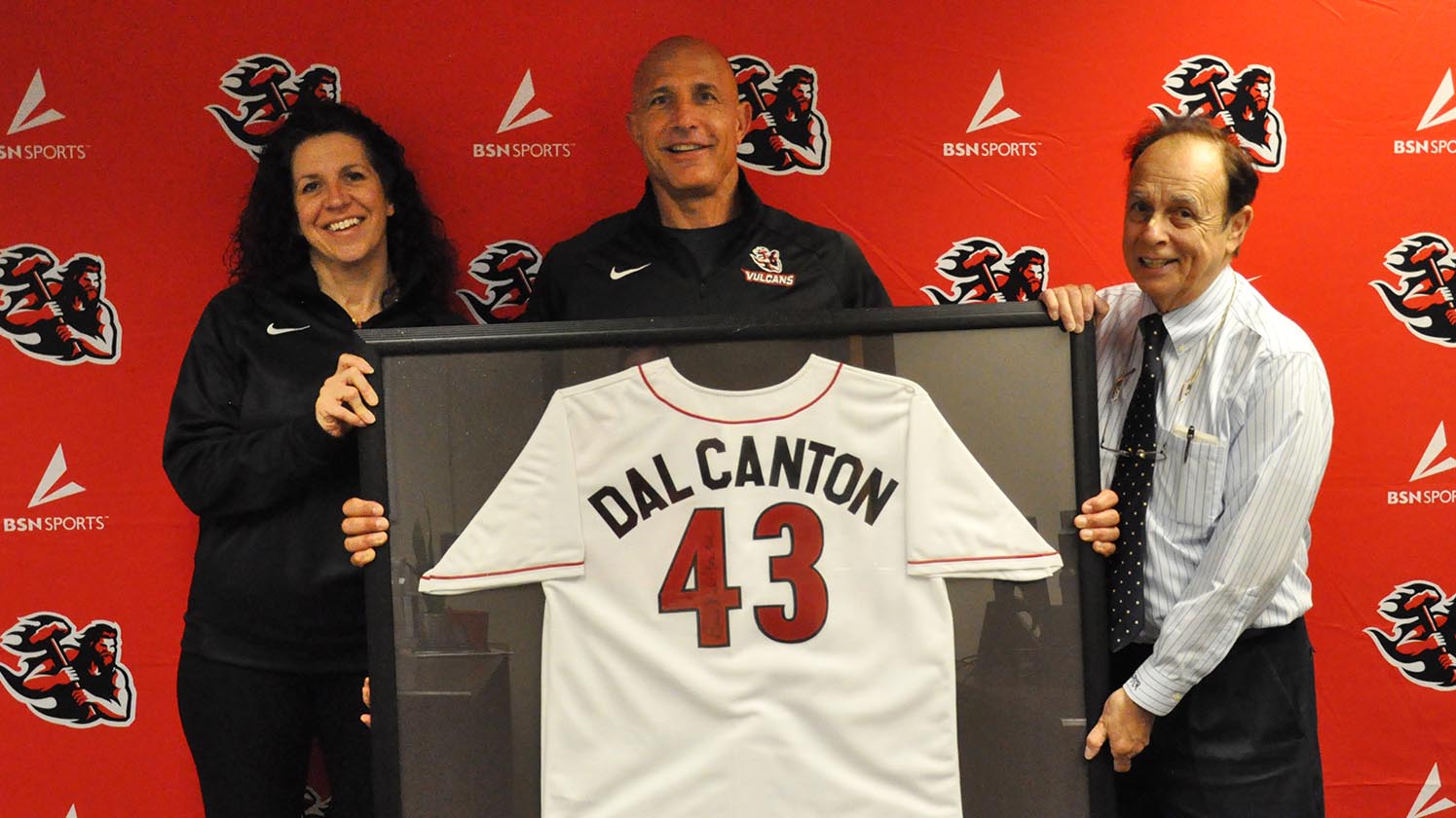 The late Bruce Dal Canton's jersey as pitching coach of the Myrtle Beach Pelicans from 1999-2008 will be displayed in the baseball office.

Dal Canton, a right-handed pitcher, helped the Vulcans win the 1962 NAIA District 30 title and compete for the first time in the NAIA National Tournament. His 1.30 ERA that season remains a single-season record both for Cal U and the Pennsylvania State Athletic Conference.

He had a 26-year career with the Atlanta Braves system, where he coached after pitching for 11 seasons and winning 51 games with four different Major League teams.

"He wanted me to find a home for it and the University is like a subsidiary of our hall of fame, so I thought of this place immediately," said Russell, a retired superintendent of the Belle Vernon Area School District.

"Bruce was so instrumental in the early years of Vulcans baseball, and with Coach Conte doing such a great job with the baseball program now, it just all tied in together."

Conte has been the head coach of the Vulcans since 1997. This spring, he guided the team to a school-record 37 victories and was selected the PSAC West and the National Collegiate Baseball Writers Association (NCBWA) Atlantic Region Coach of the Year.

The Cal U baseball program presents the Bruce Dal Canton Pitching Award each season to a Vulcan pitcher who exemplifies greatness of character.

"I think it is important for any young student-athlete to understand the history of the sport they are playing," Conte said. "There have been so many great people who have earned respect for what they've done on the field, in their communities and for how they treat people.

"Bruce Dal Canton exemplified that, which is why it's an honor for us to give an award in his memory each year and now this beautiful jersey will proudly hang in the baseball office as a further tribute to his legacy here."