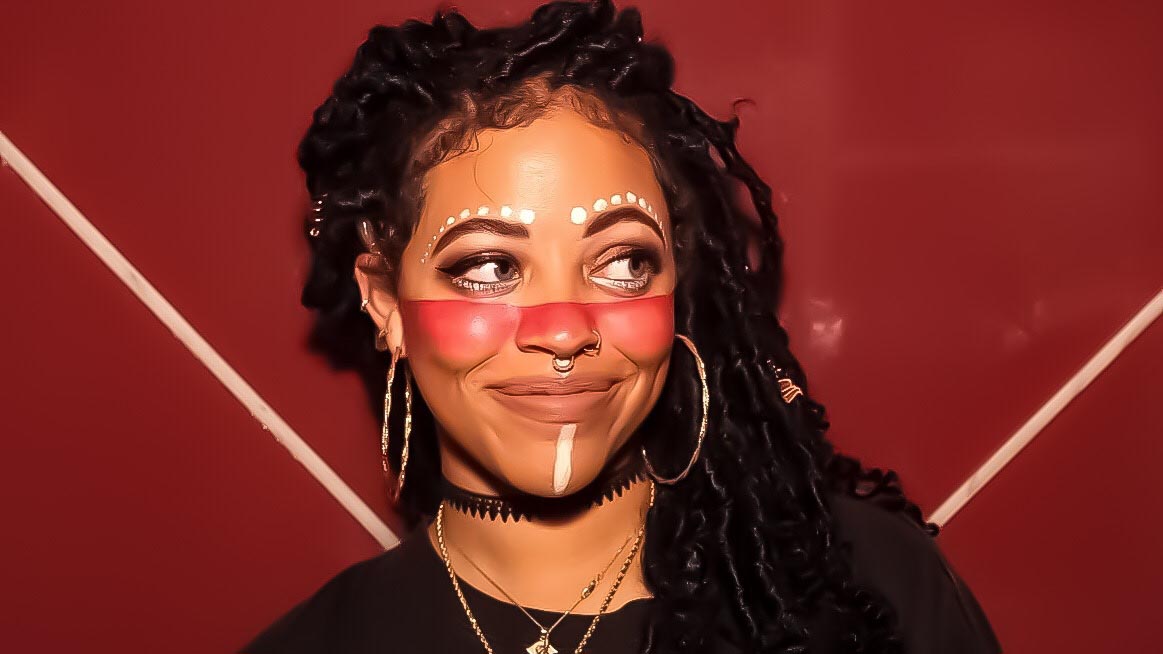 A great DJ is not a human Spotify playlist.

There’s a method. Skills. A certain ability to weave beats together into a genuine musical experience.

The Cal U community will be in for just such an auditory treat when DJ Femi — aka Bria Thomas — brings her high-energy mixes to Roadman Park on Saturday, Oct. 12, for Vulcan Fest and Homecoming Weekend.

It’s part showmanship, part know-how, says Thomas, who majored in commercial music technology at Cal U before switching her major to theater.

“I think I have a lot of all those things.”

She is one of three DJs scheduled to perform at Vulcan Fest Homecoming. DJ Bonics, aka Brandon Glova, perhaps best known for his work with rapper Wiz Khalifa, will take the stage at 3 p.m. Oct. 12.

Thomas, who calls herself “DJ Femi” as a nod to her women’s studies minor at Cal U, took a bold step in late 2018, when she decided to make music her full-time job.

“I’ve been doing music my whole life,” says Thomas, who plays the piano and cello and attended high school at Pittsburgh CAPA 6-12, a creative and performing arts magnet school. “I had to figure out how to replace my income, and it took a little while, but it’s been worth it.”

"I am so happy for her that she is living the dream she set for herself," says Dr. Marta McClintock-Comeaux, a professor and director of women's studies at Cal U. "Bria was a student inspired by cultural and social issues. She exuded a passion for social justice and worked to address racila, gender and economic inequalities. She also loved to laugh and had her sights set on her future as a performer."

One big career moment came in March 2019, when Thomas was selected to attend SXSW, the annual who’s-who music, film and theater festival in Austin, Texas.

“I got booked for four events, and it was really busy but really fun. It was a cool opportunity and I did a lot of networking.”

Her SXSW appearance caught the attention of Cal U alumni director Ryan Barnhart, who asked Thomas to perform at Vulcan Fest as “one of our own who is on the cusp of stardom in that scene.”

Thomas has been a DJ for stars such as Shoreline Mafia, Rico Nasty, Leikeli47, and Bone Thugs N Harmony. Earlier this year, she joined Pittsburgh rapper Linwood on Wifisfuneral's tour as openers.

After Vulcan Fest, she will be on tour with Stevie B for Asian Dolls' UFC tour.

“It’s a sacrifice every day,” Thomas says. “It’s hard to be an artist, not having stability, but that’s part of the journey. It makes you appreciate the outcome even more.”