State System chancellor discusses innovation, inclusion and engagement as part of his fall visit to Cal U. 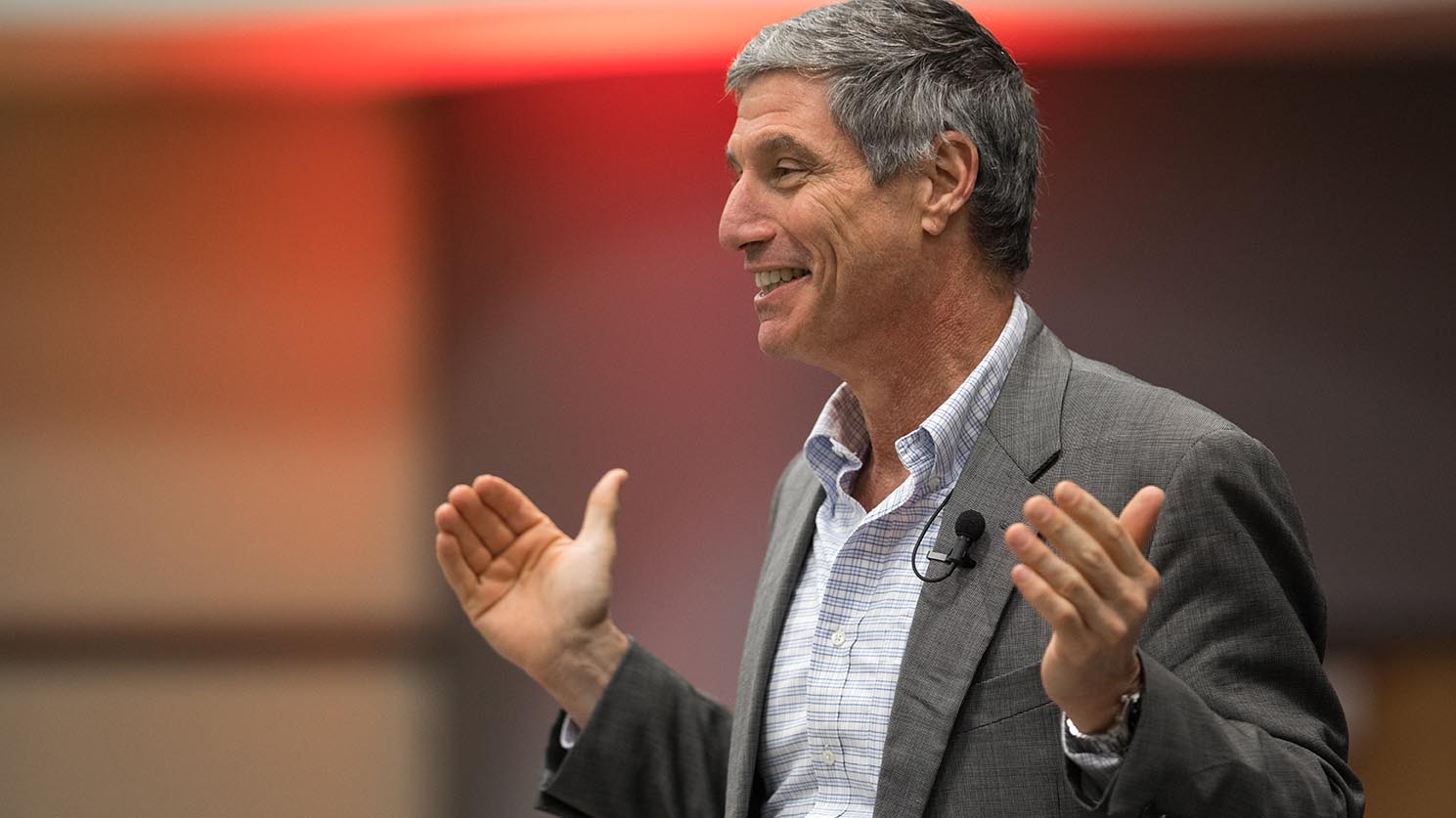 Emphasizing the importance of preserving access to quality higher education, the chancellor of Pennsylvania’s State System of Higher Education addressed the Cal U community on Oct. 10.

That goal, said Dr. Daniel Greenstein at an open forum, will require all 14 schools in the System to pay attention to their culture and to each other.

Greenstein made the visit to Cal U — his third since being named chancellor in 2018 — as part of his fall tour of all 14 State System universities.

The chancellor addressed questions from the audience related to the ongoing State System Redesign, the effort to transform universities and expand educational opportunities for students.

Social mobility, economic development, equity and social justice are the driving forces behind the redesign, which is in the second of three phases.

“Higher education is probably the most reliable pathway into the middle class,” Greenstein said.

A piece of the plan to keep a State System education accessible and affordable was the tuition freeze for the 2019-2020 academic year.

“I’m proud of that, it was the right thing to do for our students,” Greenstein said.

Another element in the System Redesign is the culture at each campus. Recently, employees system-wide were asked to complete a survey on issues like innovation, inclusion and engagement.

“The point of gathering all this data is not to do a U.S. News and World Report ranking on culture. It’s to spend time reflecting and to learn about who we are and what we want to become,” Greenstein said.

While challenges remain, he praised the efforts at Cal U.

“We do what we do because we believe passionately in the purpose of higher education,” Greenstein said. “It’s hard because different demands are being put on us while we are still doing our business. I want acknowledge, thank you and honor you doing what you do every day.

“Everything you do has lasting significance.”