Gregory Mullen addressed the 11th annual Conference on Homeland and International Security at Cal U. 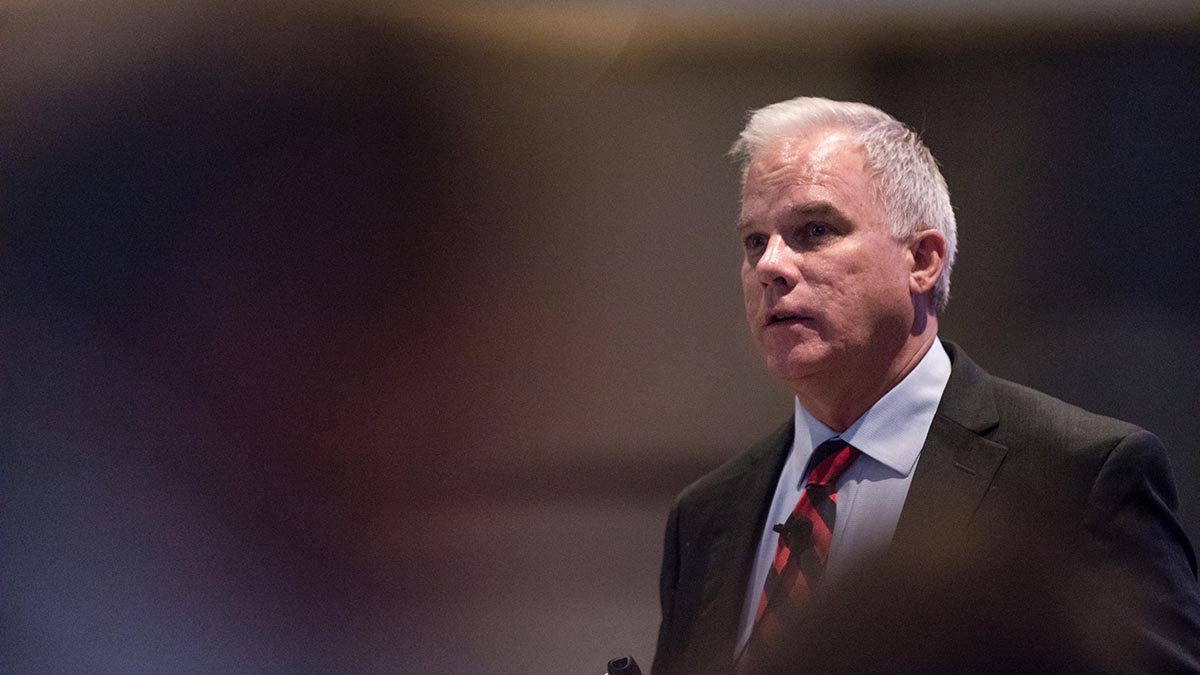 He called the mass shooting at Emanuel African Methodist Episcopal Church in June 2015 his defining moment, but it was the previous nine years of preparation that Gregory Mullen emphasized.

The chief of police in Charleston, S.C., from 2006-2017, Mullen gave the keynote address, “Partnerships, Trust and Legitimacy: How They Integrate to Create Resiliency During Crisis,” at Cal U’s 11th annual Conference on Homeland and International Security on April 12.

This year’s theme was “Protecting Places of Worship.”

Mullen, now associate vice president for public safety and chief of police at Clemson University, said his department’s efforts to build relationships with agencies, activists and community groups played a key role immediately after the tragedy, which left nine people dead inside the church.

Through the relationships and steady dialog, a family assistance center, with mental health clinicians, clergy, police officers and victim advocates, was set up just an hour and a half after the shooting. Other local groups helped with daily crowds of 10,000 — including protesters — at the church.

“This was not a law enforcement event … it was a community event,” Mullen said. “By having those relationships, connections and people coming together, it was amazing how things calmed themselves throughout the community when things began to percolate.”

He also believes the years of building a culture of respect and cooperation between police and residents were validated.

“I believe that was a very important component because it demonstrated to the community all the things we said to them previously about being there for them not just as police officers but people who would care about them and bring a sense of normalcy to their lives after a crisis.

“Afterward, a pastor told me the killer wanted to start a race war but what he did was start a revival. Creating relationships at the time prepared us for a night the unthinkable happened.”

A former senior U.N. war crimes investigator and director of the Pennsylvania Center for Investigative and Forensic Services, Cencich said a multilayered approach is important.

“There’s no singular red flag that is indicative of a person posing a threat,” he said. “The focus must be on their body language, oral and written responses, and, for me, asking questions,” he said.

“Get started now, fight off complacency, layer your security and be vigilant,” he said.

Mullen hopes the students in attendance came away with a better understanding of what law officers hope to accomplish.

“If you’re a student or somebody who is thinking about going into law enforcement, I hope this encourages you that this is a very honorable and noble profession.

“If you come into this profession, know that you can do tremendous things within your community.”