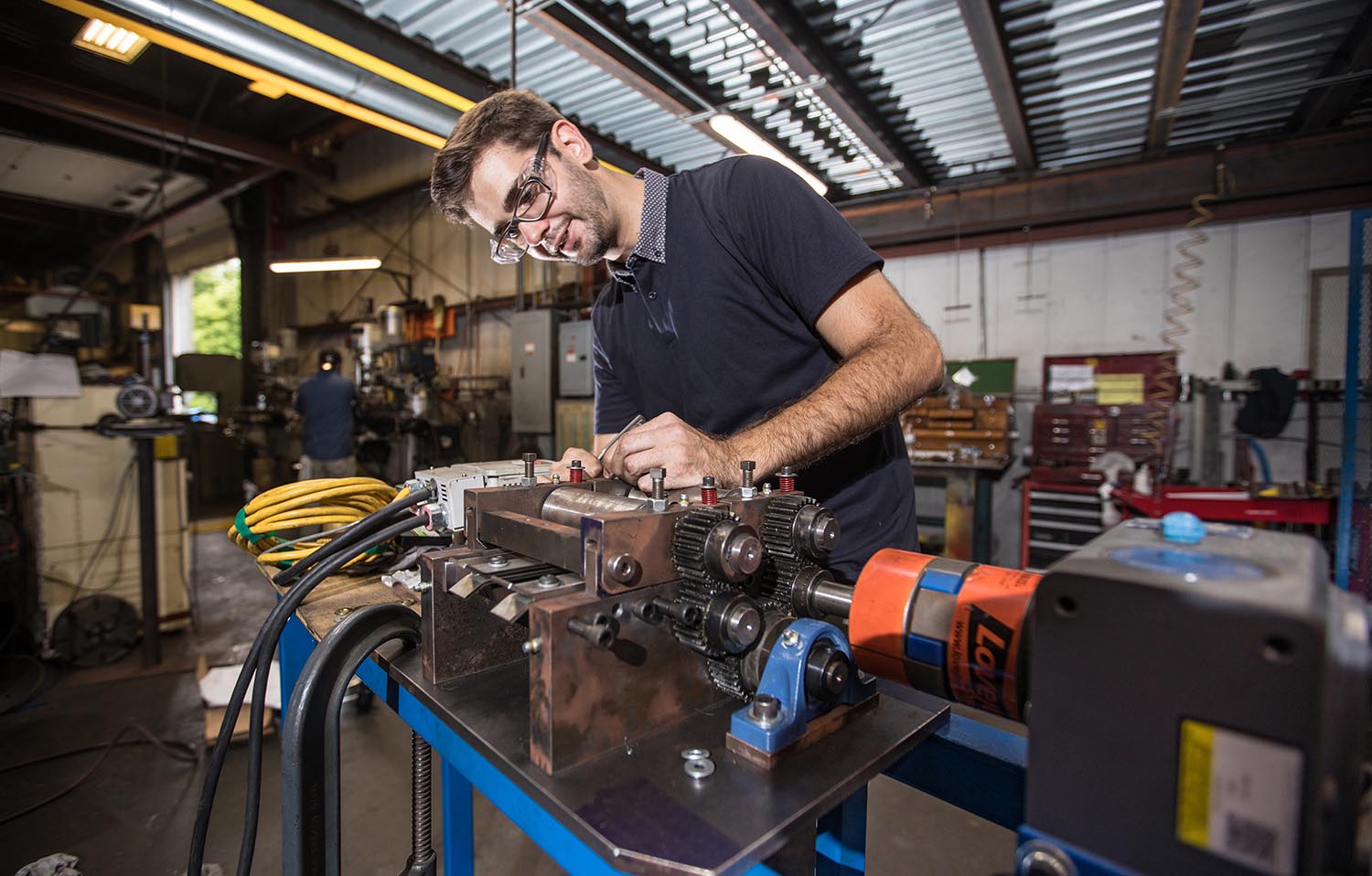 Stephen Gerba works on a machine that he helped to build at Ductmate Industries Inc.

The summer before his first class at Cal U, Stephen Gerba landed a job with Ductmate Industries Inc., a Charleroi, Pa.-based maker of heating, ventilation and air conditioning components.

The senior mechatronics engineering technology major has an intern with the company for four years, earning greater responsibilities along the way.

Workforce development is an important strategy for Ductmate.

“We take responsibility and effort and time,” said engineering manager Dana Smith. “We try to keep a nice pipeline. We’d like it if the interns came back to work for us, but regardless, workforce development is the right thing to do for the community. It fuels the economy.”

Under Smith’s direction, Gerba’s role with the company has grown.

“Last year, I took the training wheels off and had Steve design a machine for us, with some guidance,” Smith said. “He spent the summer behind the computer to do the design work. This year, as the capstone to his internship, we’re finishing the fabrication up.”

Gerba has helped Ductmate to incorporate advanced manufacturing into its processes.

“Your machine is only as smart as its sensors, and that’s where we come in, to troubleshoot and repair and then do maintenance,” Gerba said.

“A lot of our machines are ‘dumb’ — you turn them on and it makes stuff,” Smith explained. “For advanced manufacturers, machines are complicated and automated using sensors.

“Senior engineers never thought of that 20 years ago. We want to evolve into advanced manufacturing areas, so we need workers with that aptitude and skill. Steve has that.”

Gerba said the internship experience has been invaluable.

“I highly recommend an internship. I’ve gotten to work with production workers, the machinists, the chemical engineers. Being out in the real world, you get to see all sides and learn to work as a team.

It’s a huge resume-builder. A degree and an internship — that’s a great combination to have.”