Faculty, staff and graduates reflect on the impact of the legislation on those who used it to earn their college degrees. 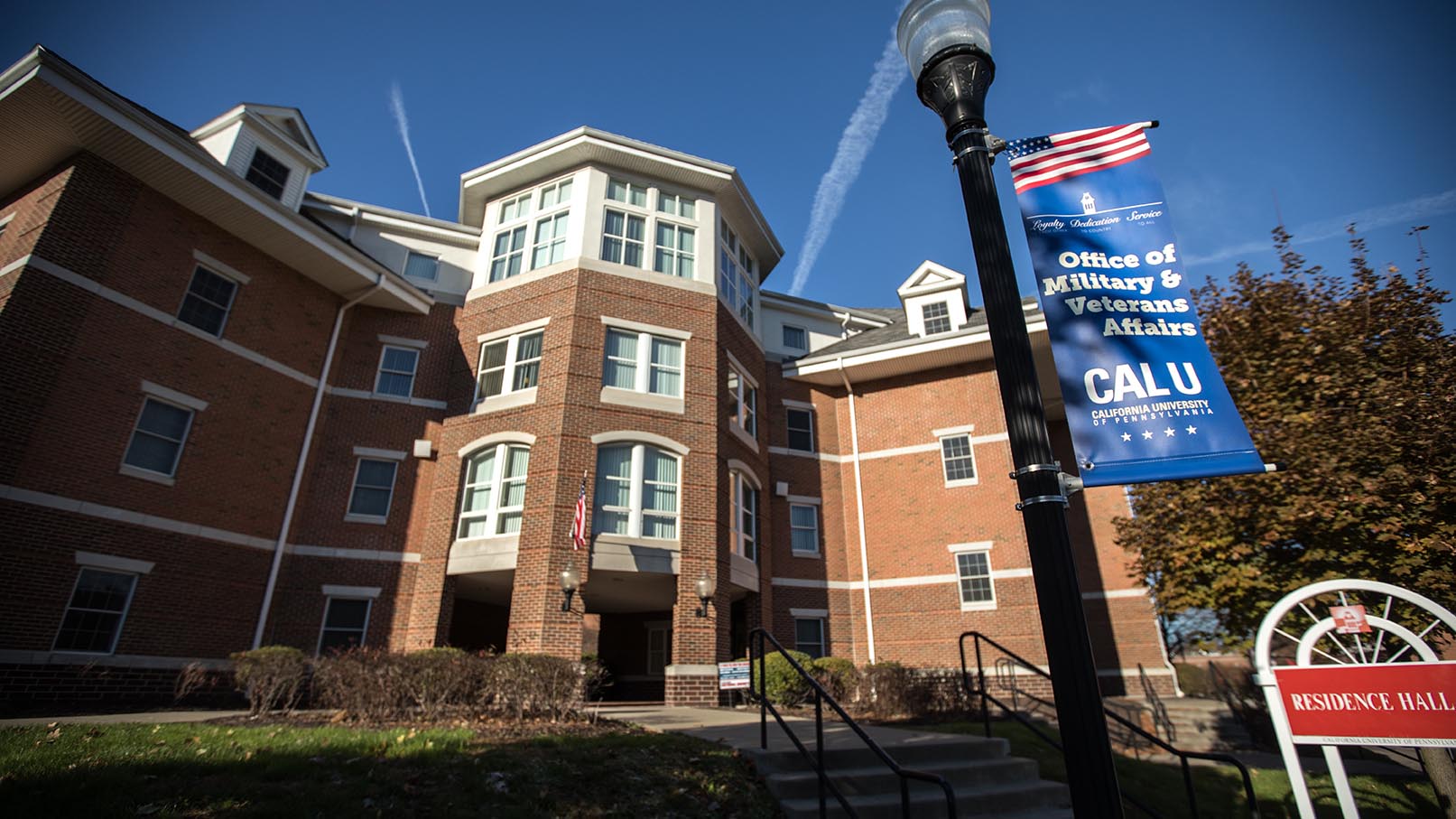 Paint a mental picture of the middle class — largely defined by home ownership, a college education and a good job.

Much of that ideal traces back 75 years, to the passage of the Servicemen’s Readjustment Act of 1944, known as the G.I. Bill®, signed into law by President Franklin D. Roosevelt.

The G.I. Bill® gave World War II service members many options and benefits. Men and women who wished to continue their education in college or vocational school could do so tuition-free while also receiving a cost-of-living stipend.

As a result, almost 49% of students admitted to college in 1947 were veterans. The G.I. Bill® opened the door of higher education to the working class in a way never done before.

“You had a massive returning force after World War II,” said Dr. Sean Madden, a professor of history at Cal U.

“You also had an economy that wasn’t equipped to handle that number of veterans, who had to carve out careers not necessarily related to what they did in the military. A main benefit of the G.I. Bill® was the opportunity for an education.”

Veterans of all ages can explore their place in history through History of War, Service and the American Experience. The 12-credit certificate is available to current students, as well as individuals who are not seeking a college degree but wish to earn a university credential. For information, contact Dr. Sean Madden at madden@calu.edu.

For more information about services for veterans and service members at Cal U, visit www.calu.edu/veterans.

When the original bill ended, in 1956, 7.8 million of the 16 million World War II veterans had participated in an education or training program.

“It was the biggest bang for the buck that the American people ever paid for,” said Charles Williamson ’90, ’94, who directed Cal U’s Office of Military Affairs from 1990-2007.

“Those millions of people became doctors, lawyers, teachers, engineers, electricians. They went out and changed the world. They created a middle class.

“They caused the growth of suburbia. They put an automobile in every driveway. Everyone was working, and the economy was fantastic.”

In 1984, the G.I. Bill® was revamped by U.S. Rep. Sonny Montgomery, of Mississippi. The Post-9/11 Veterans Educational Assistance Act of 2008 further expanded benefits, providing veterans with funding for the full cost of attending any public college in their state. The G.I. Bill® was modified again through the passage of the Forever G.I. Bill® in 2017.

“I am proud to share in the lineage of veterans who have made our lives better because of the opportunities afforded to us, in part, due to the G.I. Bill®,” said Lance D. Oskey, who graduated from Cal U in 1993 and returned to campus in 2014 to celebrate his promotion to the rank of colonel. He serves as chief of staff for the U.S. Army Cadet Command and Fort Knox.

“The G.I. Bill® was one of the streams of income that allowed me to complete not only my college degree, but also my commission as a second lieutenant in the Army.”

Being able to use the Post-9/11 G.I. Bill® is a relief to veterans, active duty members of the military and their families today, said Robert Prah ’06, ’10,director of Cal U’s Office of Military and Veterans Affairs.

In the 2018-2019 academic year, 256 active-duty service members and veterans came to Cal U as graduate or undergraduate students, using $1.75 million in Post-9/11 GI Bill® benefits.

“There’s anxiety that goes along with going to school,” Prah said. “The Post-9/11 G.I. Bill® helps. They don’t have to worry about how to pay for it. Most don’t take out loans.”

That was true for Air Force veteran Verna Mineard ’10, ’13, who works for the Pennsylvania Board of Probation and Parole.

“It’s important to give veterans more of an opportunity to go back to school,” she said. “I served from 2000-2004, and the transition was hard for me. With a housing allowance, book stipend and tuition covered, I didn’t have to worry.”