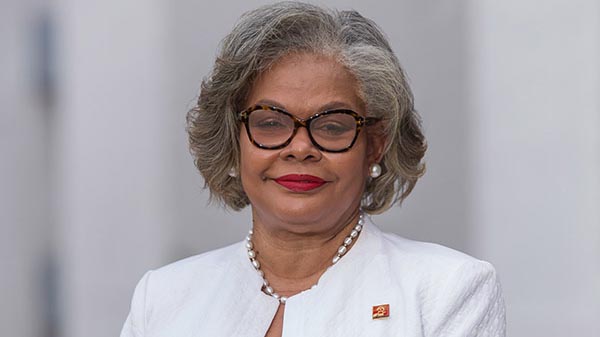 The award ceremony will be held May 3 at the DoubleTree by Hilton in Meadowlands, Pa.

Jones is the first woman and the first person of color to serve as president of California University of Pennsylvania, where she earned both her master’s and bachelor’s degrees.

“It is an honor to be recognized by the NAACP Washington Branch, which has worked tirelessly for decades to promote equal rights and opportunities for residents of southwestern Pennsylvania and beyond,” the President said.

“I have devoted my life to education because I believe in its power to help individuals from all backgrounds reach their full potential. When we prepare students for success in their careers and in their lives, we also help their families and our communities to thrive.”

Jones was installed as California’s seventh president in October 2016, after leading the University for nearly four years as acting and interim president.

Previous honors recognize her longtime commitment to the University and to the success of individuals and communities in southwestern Pennsylvania. The Cal U Alumni Association has honored her with the John R. Gregg Award for Loyalty and Service, and the Black Alumni Association has given her its Outstanding Service Award.

The New Pittsburgh Courier recognized her among its 2010 Women of Excellence, and she has received the Pittsburgh Diversity Leadership Summit’s Urban Hero of Western Pennsylvania and Most Powerful and Influential Women awards. In 2016 she received the ATHENA Award from the Washington County Chamber of Commerce.

For more information about the Human Rights Award, the May 3 banquet or other NAACP Washington Branch activities, contact the branch’s first vice president, Phyllis L. Waller, at pwaller1956@gmail.com or 724-222-7824; or call the NAACP office at 724-222-7820.