The ceremony for Daniel Mraz was held Sept. 18. 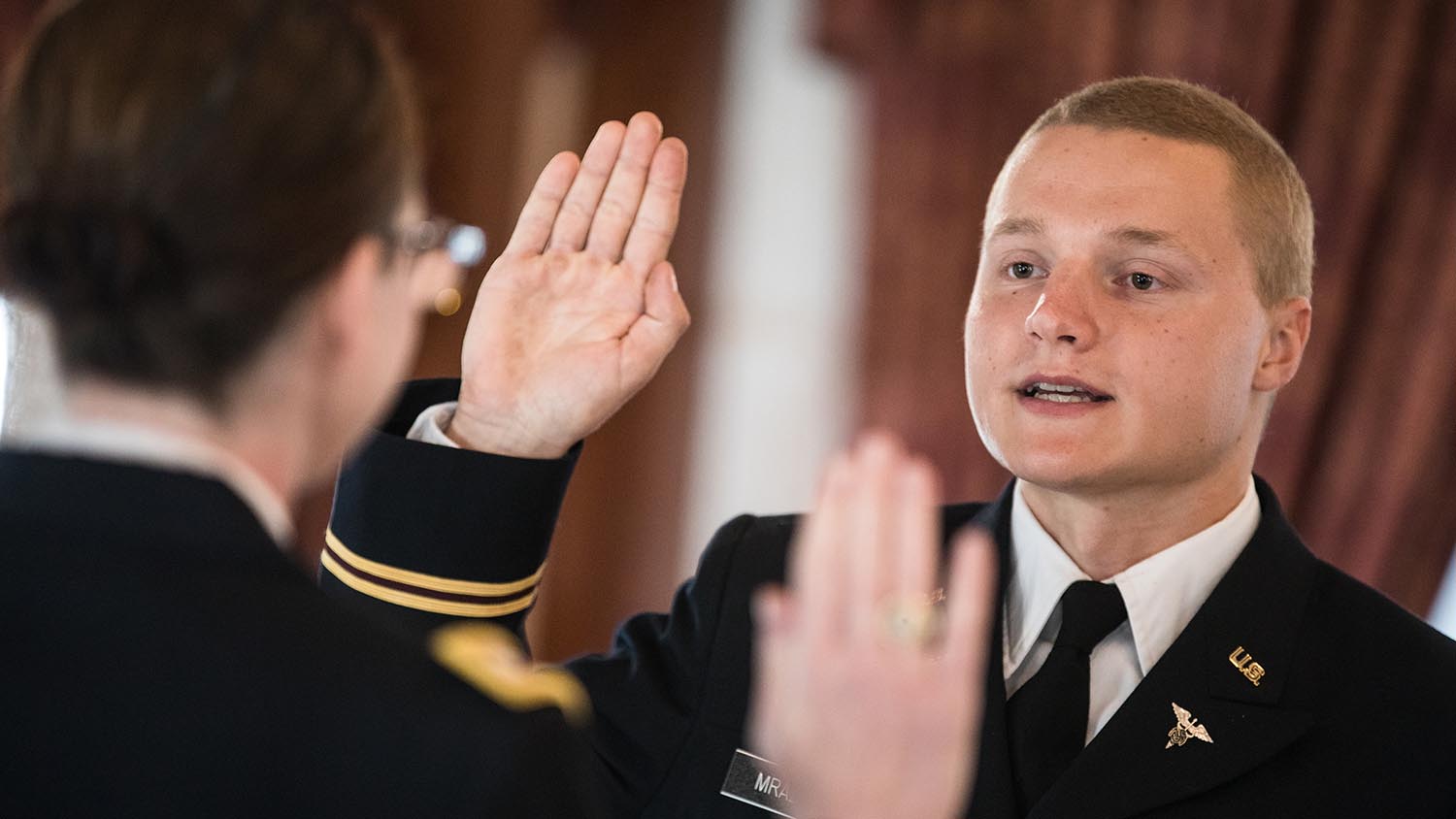 Before taking the oath of office and receiving the gold bars signifying his new rank, the cadet and guests heard remarks from University President Geraldine M. Jones and Faith Chamberlain, professor of military science with the Three Rivers Battalion.

“I feel confident that the strong leadership skills and exemplary conduct that have epitomized your time as a cadet will continue to flourish as you become an officer and it warms my heart to know that our country and the preservation of our freedom in in your capable hands,” President Jones said.

Mraz was recognized as a Distinguished Military Graduate, one who ranks in the top 20% of more than 5,500 Army ROTC graduates nationwide on the basis of scholarship, moral character, military aptitude and leadership ability.

“Through the pursuit of his academic and physical discipline Cadet Mraz has developed into a leader of character ready to selflessly serve the nation and ensure our collective defense,” Chamberlain said.

Mraz earned his bachelor’s degree in criminal justice in May 2019 and hopes to further his education. Commissioned as an active duty Army Medical Service Corps officer, he will attend Basic Officer Leaders Course next spring at Ft. Sam Houston in Texas.

Also attending the ceremony were Capt. Robert Prah, director of Veteran and Military Affairs at Cal U; and Sgt. First Class Jesse Maund, who administered the first salute. Mraz’s parents, Kelly and Greg Keenan, pinned the gold bars signifying his rank on his uniform.