The plaque, on display outside the President's Office in Old Main, honors past presidents of the Foundation for California University of Pennsylvania and recognizes the Foundation's role in supporting the University and its students since 1986. It was presented to President Geraldine M. Jones by Foundation president Dr. Harry E. Serene. 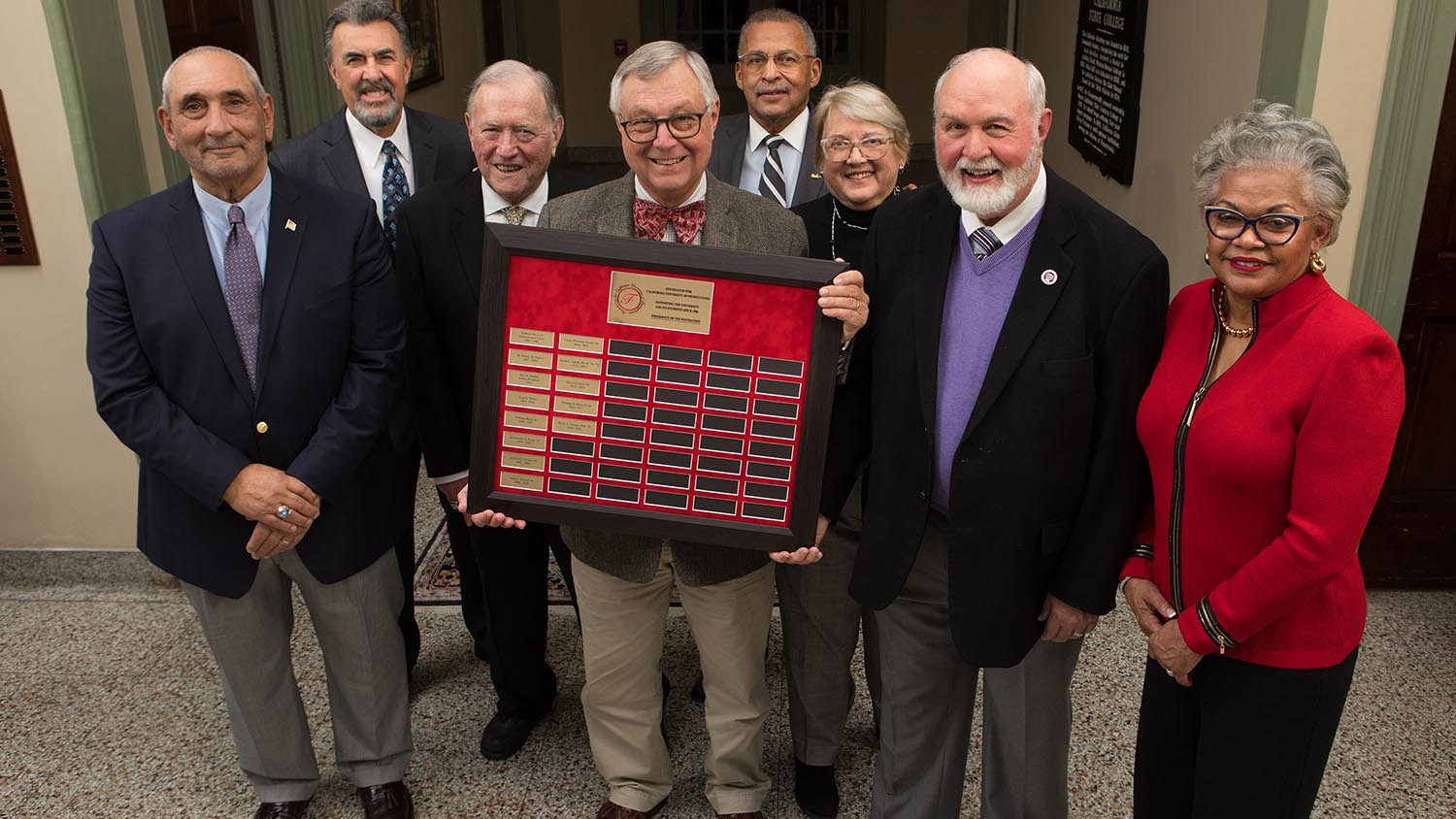