The Vulcans have now featured at least one academic all-district honoree in 11 of the last 12 seasons. 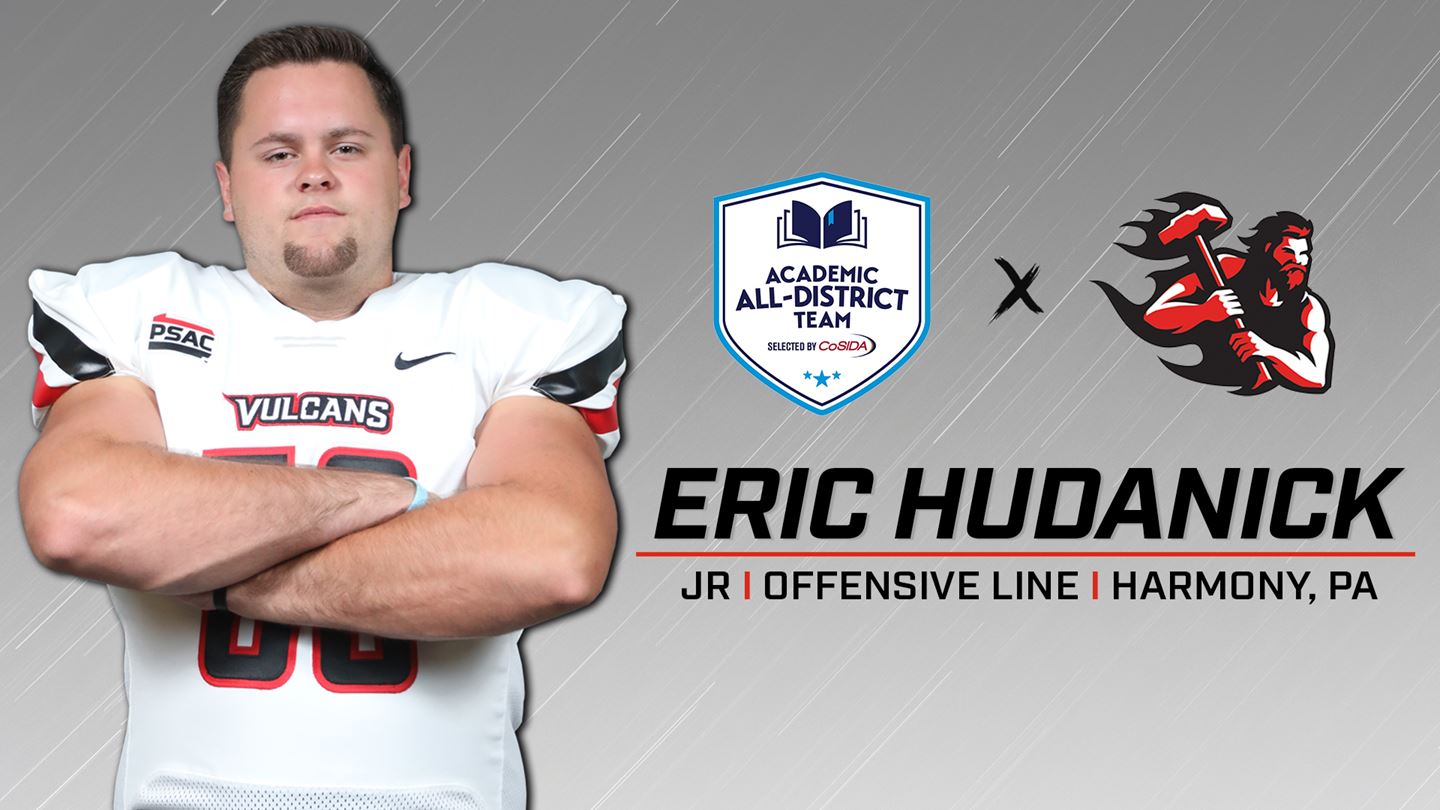 With his selection, Hudanick is now eligible for consideration on the CoSIDA Academic All-America Teams that will be announced next month. The Vulcans have now featured at least one academic all-district honoree in 11 of the last 12 seasons.

Hudanick has started every game at right tackle on the offensive line over the last two years. He ranks second on the team with 31 career starts, including 21 consecutive starts. Hudanick helps anchor a unit that ranks third in the Pennsylvania State Athletic Conference (PSAC) in fewest sacks allowed per game and sits fifth in scoring offense at 34.7 points per game. Additionally, the Vulcans lead the league and rank No. 10 in the country in time of possession this season at 33 minutes, 7 seconds per game.

Hudanick maintains a 3.62 cumulative grade-point average (GPA) while pursuing a degree in business administration with a concentration in economics and a minor in finance. He received the D2ADA Academic Achievement Award in his first year eligible for the award, plus earned PSAC Scholar-Athlete status in each of the previous two seasons.

To qualify for the academic all-district honors, student-athletes must maintain a cumulative 3.30 GPA or higher and must have reached sophomore athletic and academic standing at their institution. Nominees also must have participated in at least 50 percent of the team's games and be a starter or important reserve with legitimate athletic credentials. The district consists of all schools in Super Region One, which includes the PSAC, Great Midwest Athletic Conference (G-MAC), Mountain East Conference (MEC) and Northeast-10 Conference (NE-10).