Theater outreach is intended for children from local daycares and library programs. 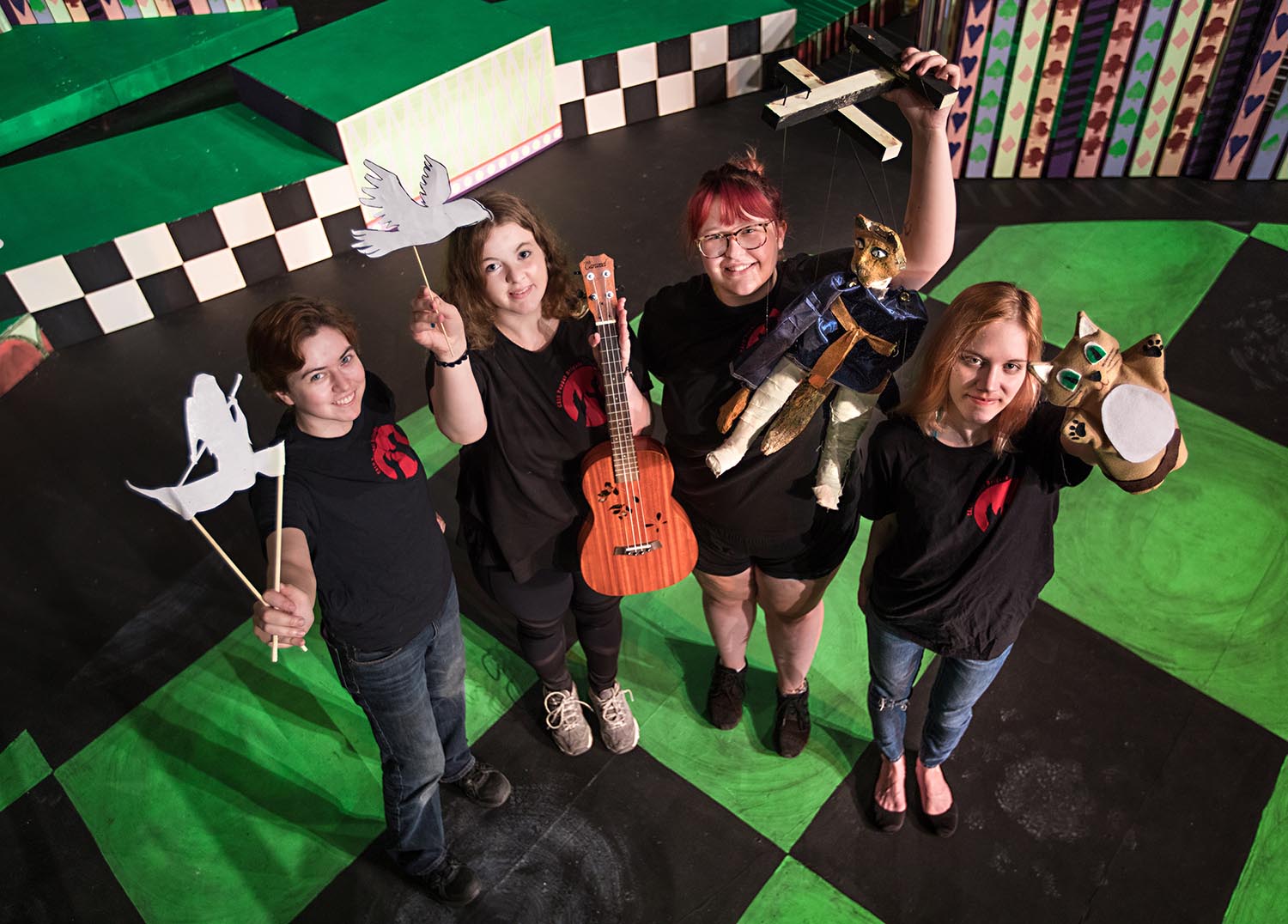 Cal U theater majors Sam Park (left), Mollie Ehrlichman, Betty Kline and Serena Olsen are among the members of the University’s “Puppet Brigade.” After creating a five- to 10- minute show under the direction of assistant professor Sabrina Hykes-Davis, students traveled to local daycare centers and libraries to perform their work. They also conducted a workshop for children to make their own puppets.

The is the second year for the brigade, which began last year when students created a show in Hykes-Davis’ puppetry class. This year’s show — which concludes at 10 a.m. and 11 a.m. July 29 at Bentleyville Public Library — is an adaptation of Instructions, © 2010 Neil Gaiman, first published by HarperCollins, Bloomsbury. Under a grant from Cal U’s Faculty Professional Development Center, copies of the book were provided to children.

“I hope to make this an annual outreach,” Hykes-Davis said.