The Student Activities Board and adviser Melissa Dunn are honored for their work by the Association for the Promotion of Campus Activity. 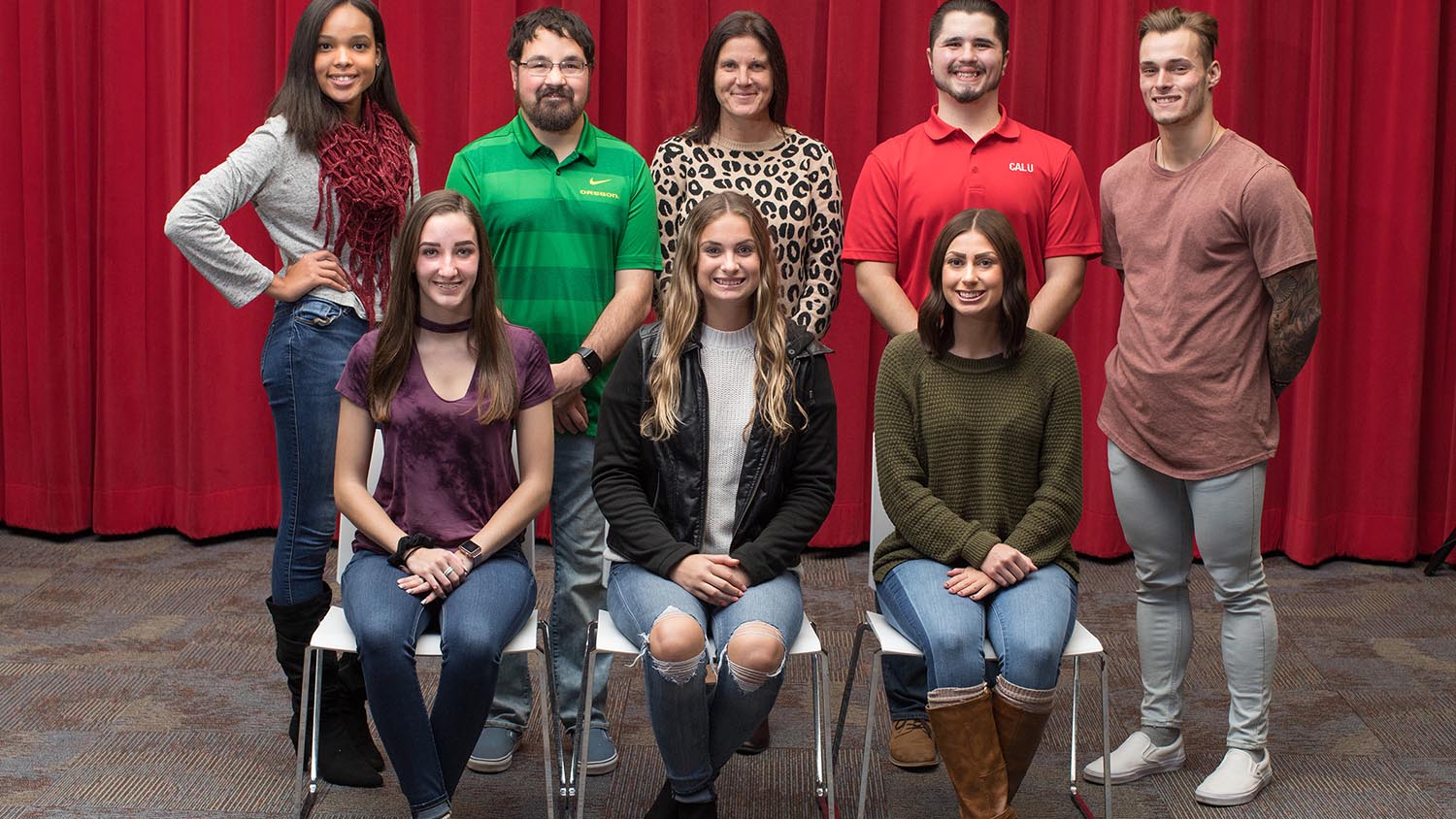 Cal U’s Student Activities Board received impressive awards at the Northeast APCA (Association for the Promotion of Campus Activity) conference, which was held in Teaneck, N.J., Oct. 4-6.

SAB was named the 2019 Northeast APCA Organization of the year.

Melissa Dunn, director of Student Activities and Leadership for the Office of Student Affairs, was named 2019 Northeast APCA Advisor of the Year.

The Cal U organization also received third-place awards in the graphics competition for printed material and novelty items.

“Being named organization of the year was one of the coolest things I have experienced here at Cal U,” said Miranda Anderson, a senior graphic design major and president of SAB’s executive board. “I’ve been involved with SAB since my freshman year. All of us put in so much work, so it’s very nice to be recognized for our efforts.”

Anderson, who minors in marketing and event planning, also designed the third-place award-winners — a poster highlighting a concert at last spring’s President’s Backyard Celebration and a Cal U tumbler given to new SAB members.

APCA provides schools within a region the opportunity to merge their buying power and save money by sharing the travel costs for events and programs they book.

Dunn explained that an outside agency nominated Cal U SAB for their organization award and praised the Cal U students.

“This honor speaks volumes of our students, and frankly they carry themselves much different than other schools do at the conference,” Dunn said. “There’s a bit of a carnival atmosphere there with a lot of complimentary items and entertainers, but our students are more about doing business than chasing the shiny objects.

“I strongly believe the association and agencies see and are influenced by the professional way they handle themselves as undergraduates.”

Though humbled to receive her award, which was selected by APCA staff, agencies and fellow advisers, Dunn was most honored that she was nominated by SAB.

“Everything I do, I do for my students. They are what keeps me coming back every single day, because every single day is different with them,” she said.  “Knowing that I’ve been able to impact them with their college careers and maybe their career paths means more to me than anything.”

Anderson said she and her SAB peers were thrilled to nominate Dunn.

“Missy deserves this and so much more because she does so much for us and everyone on campus,” Anderson said. “She always puts her best foot forward and is always there for you if you need help with anything or even life advice.