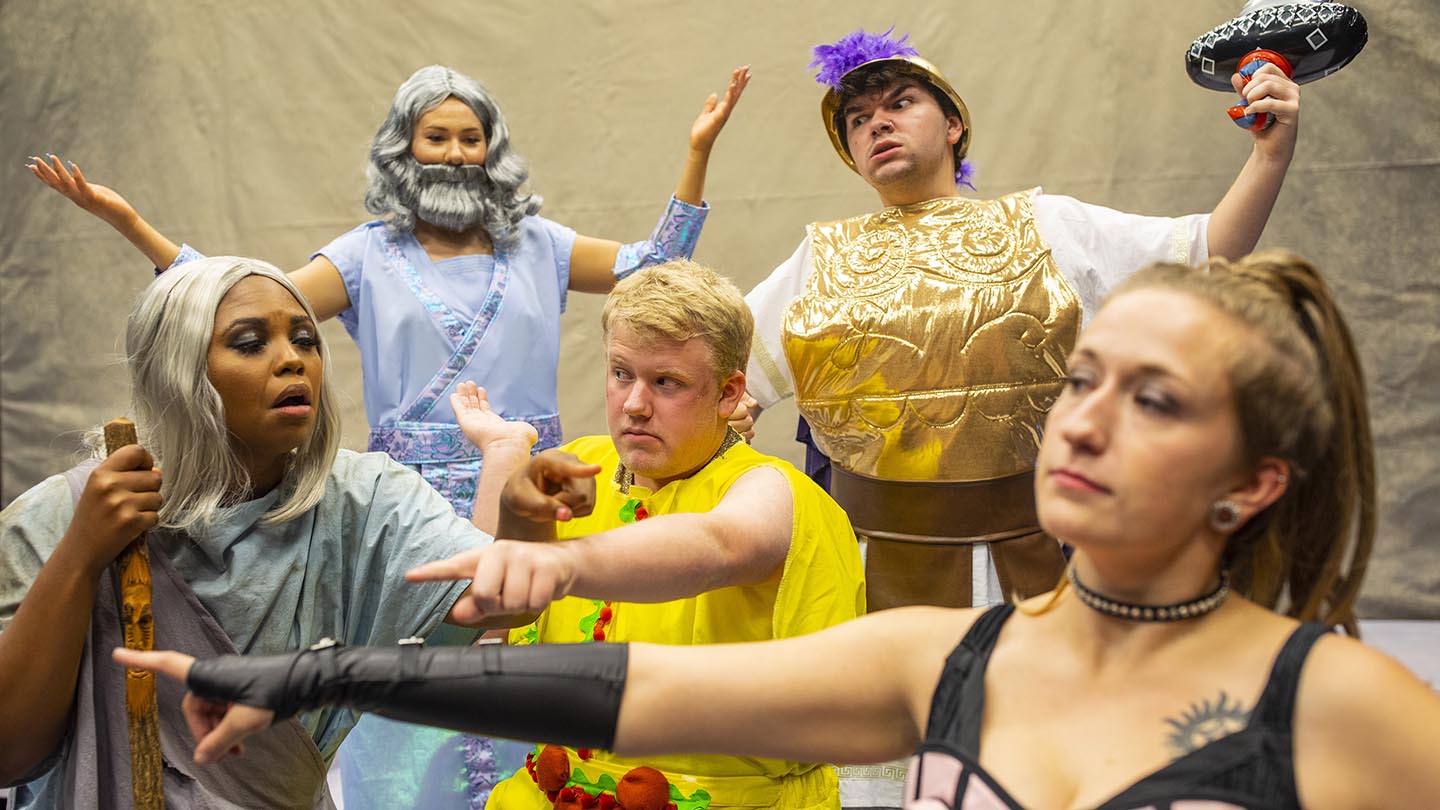 The Department of Music and Theatre showcases the talents of Cal U’s newest crop of aspiring actors and technicians when it presents playwright Jason Pizzarello’s hilarious Saving the Greeks: One Tragedy at a Time at 7 p.m. Oct. 24-25, and at 2 p.m. and 7 p.m. Oct. 26.

The 23rd annual First Year Show is open to the public and will be performed in the Gerald and Carolyn Blaney Theatre in Steele Hall.

“Saving the Greeks” is a breezy comedy full of laugh-out-loud merriment that pays homage to the melodramatic absurdity that is Greek tragedy.

The audience follows the story of Dialysis and his downtrodden slave, Peon, as they try to right all the wrongs done to the pitiful citizens of Athens.

Their efforts lead them to create Betterland, a city where formerly doomed tragedians can start their lives over again, free from the misfortunes of their previous existence. Traveling from tragedy to tragedy, Dialysis and Peon gather inhabitants for their new utopia.

“Our students have been working tirelessly to bring some of the most popular tragic Greek heroes to life while staying true to some ancient Greek comedic performance practices,” said Dr. John Paul Staszel, director and assistant professor in the Department of Music and Theatre.

“If you have always wanted to study Greek mythology, or just brush up on your Greek history, but wanted to do so with a comic twist, this is the show for you.”

Subject matter offers mature content and themes that may not be suitable for younger patrons.

Ticket price is $12 for adults; $6 for those 60 and older and 12 and younger. Cal U students with valid CalCards pay a $5 deposit that is refunded at the show.

Playing off the Greek theme, since the word “cereal” comes from Ceres, the Greek goddess of agriculture, the cast is partnering with Greek Life and the Cal U Cupboard for a breakfast food drive. Nonperishable foods may be donated at the door before the show or taken to Natali Room 119.