The Aug. 7 event will be part of the cross country program's 13th annual summer camp. 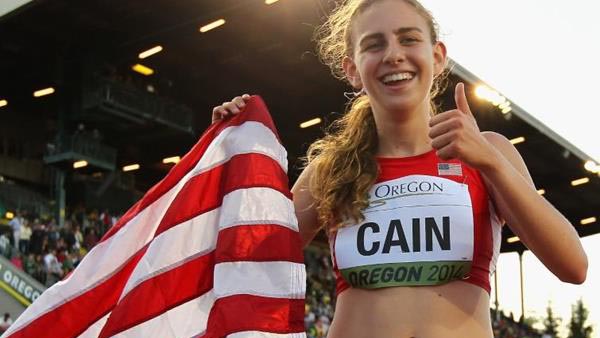 A professional runner with experience in overcoming adversity will speak to a group of young athletes at Cal U.

Mary Cain will speak at 7 p.m. Aug. 7 in Blaney Theatre, located inside Steele Hall. Her talk is part of the Cal U cross country program’s 13th annual summer camp. Admission is free, and the public is welcome to attend.

After setting numerous high school records at the state and national levels, the Bronxville, N.Y., native became the youngest runner in history to make the 1500-meter final at the International Association of Athletics Federations (IAAF) World Championships, where she finished 10th as a 17-year-old in August 2013.

After Worlds, Cain signed a professional running contract with Nike before she even turned 18, and made her pro debut in January 2014.

This past May, after not competing for two and a half years due to persistent injuries, Cain won the New York Road Runners’ Japan Four Mile Race in Central Park with a time of 21:50.

“Obviously we are very excited to have her attend and speak at our camp,” said Daniel Caulfield, head coach of Cal U’s cross country and track and field teams.

“Not only is she highly competitive on the world stage, but the fact that she’s persevered through many injuries and never given up is something I want our young runners to hear, because things don’t always go your way.

“Our goal at camp is to educate, inspire and motivate,” Caulfield added.

Caulfield said more than 130 young runners entering eighth through 12th grade from schools from Pennsylvania, Maryland, and Ohio are registered to attend.

Those interested in attending Cain’s Aug. 7 talk are encouraged to email caulfield@calu.edu to secure seating.