Updates on enrollment, budget and system redesign were presented at the quarterly meeting of the Council of Trustees. 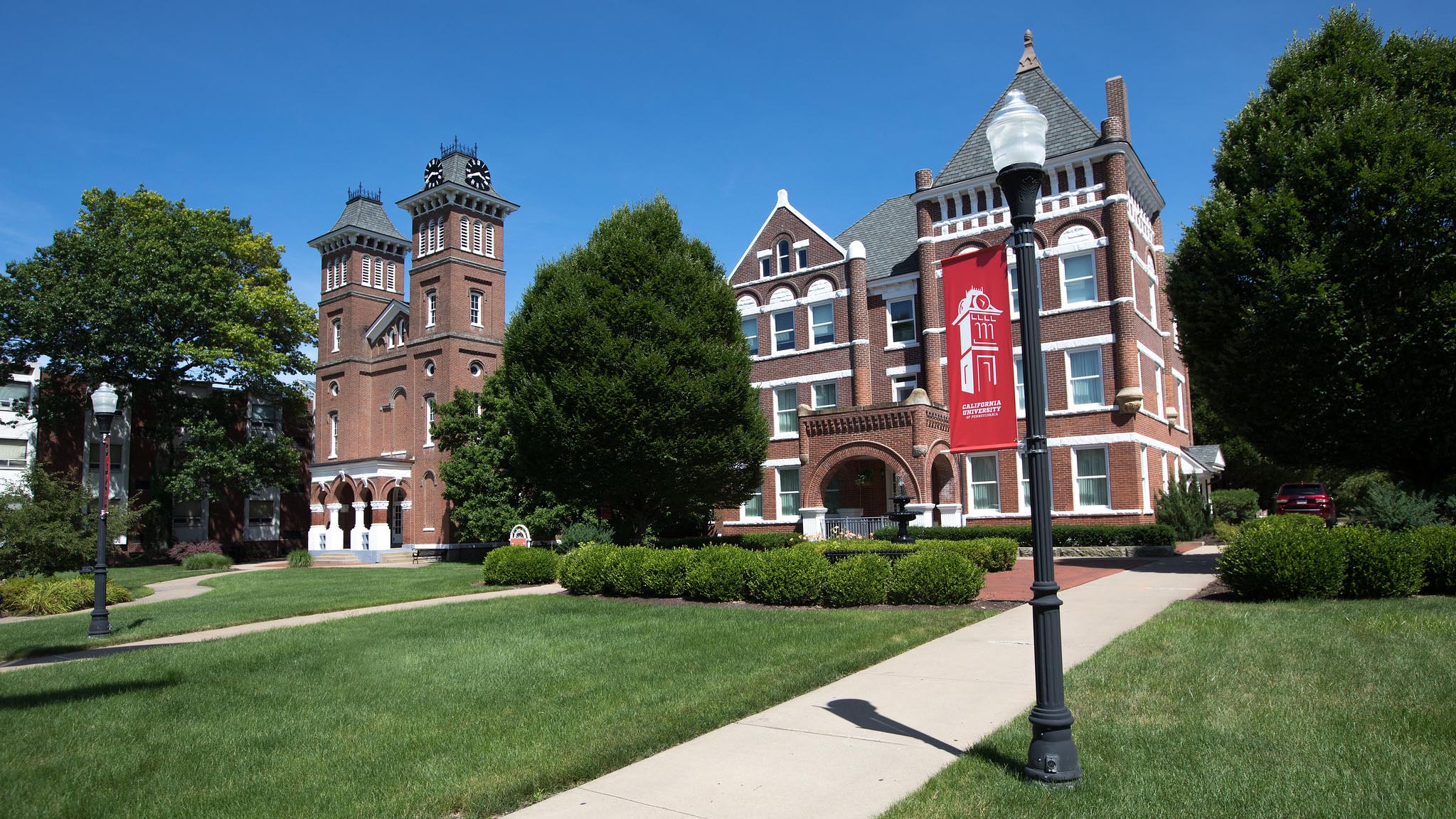 Cal U’s Council of Trustees elected a new chair during a reorganizational meeting before the regular quarterly meeting of the group on Sept. 18.

James T. Davis ´73 will serve as chair and Larry Maggi ´79 as vice chair through June 2021. Student member Alex Arnold will serve as secretary until he graduates.

Davis, a founder and partner of Davis and Davis Attorneys at Law, and Maggi, chair of the Washington County Board of Commissioners, have been members of the Council of Trustees since 2009.

A senior majoring in history and parks and recreation management, Arnold was appointed by the Gov. Tom Wolf as Cal U’s student trustee last fall.

“I congratulate trustees Maggi and Arnold,” Davis said. “I look forward to the challenge of serving as chair and hope to continue the high standard that those previous chairs have set.”

“The State System Redesign is a transformational plan to make the State System more flexible and responsive,” she explained. “The chancellor’s vision calls for a ‘sharing system,’ where students have a broader range of opportunities, and certain business, administrative and academic functions are combined to gain efficiencies of scale.”

Eight employees at Cal U are either leading or serving on redesign teams that meet in Harrisburg on a regular basis.

More information about the redesign is available online at passhe.edu.

Robert Thorn, vice president for Administration and Finance, reviewed the 2018-2019 budget and presented a nearly $117 million budget plan for the current fiscal year.

He also reported that the Campus Master Plan, which will shrink the University’s footprint by 111,000 square feet, was recently completed.

They included: Kathyrn Elliott, who participated in an education/social work program to Cape Town, South Africa, with One Heart Source; Jeromy Mackey, who traveled to London for the Estill World Symposium for voice training; and Amanda Considine and Maria Dovshek, who attended the Institute for Leadership Education and Leadership national conference at the University of Vermont.

He presented details of an updated homepage that completes the online rebranding of calu.edu, a multiphase project that captures the spirit of Cal U’s current Build You advertising campaign.

The new design conveys the value of a Cal U degree and provides navigational waypoints so users can access important information, such as admissions events and news items, with ease.

Tony Mauro, vice president for University Development and Alumni Relations, reported that the University raised more than $4 million in cash, pledges and deferred gifts for the 2018-2019 fiscal year. This was 4% higher than the seven-year fundraising average.

University Trustees are scheduled to hold their next quarterly meeting Dec. 4.