Cal U Honored for Voter Engagement

The University was recognized for its success in encouraging students to vote during the 2018 midterm election.

California University of Pennsylvania was recognized Nov. 12 for its success in encouraging students to vote during the 2018 midterm election.

At the 2019 ALL IN Challenge Awards ceremony, Cal U received a Silver Seal for achieving a student voting rate between 30% and 39%. 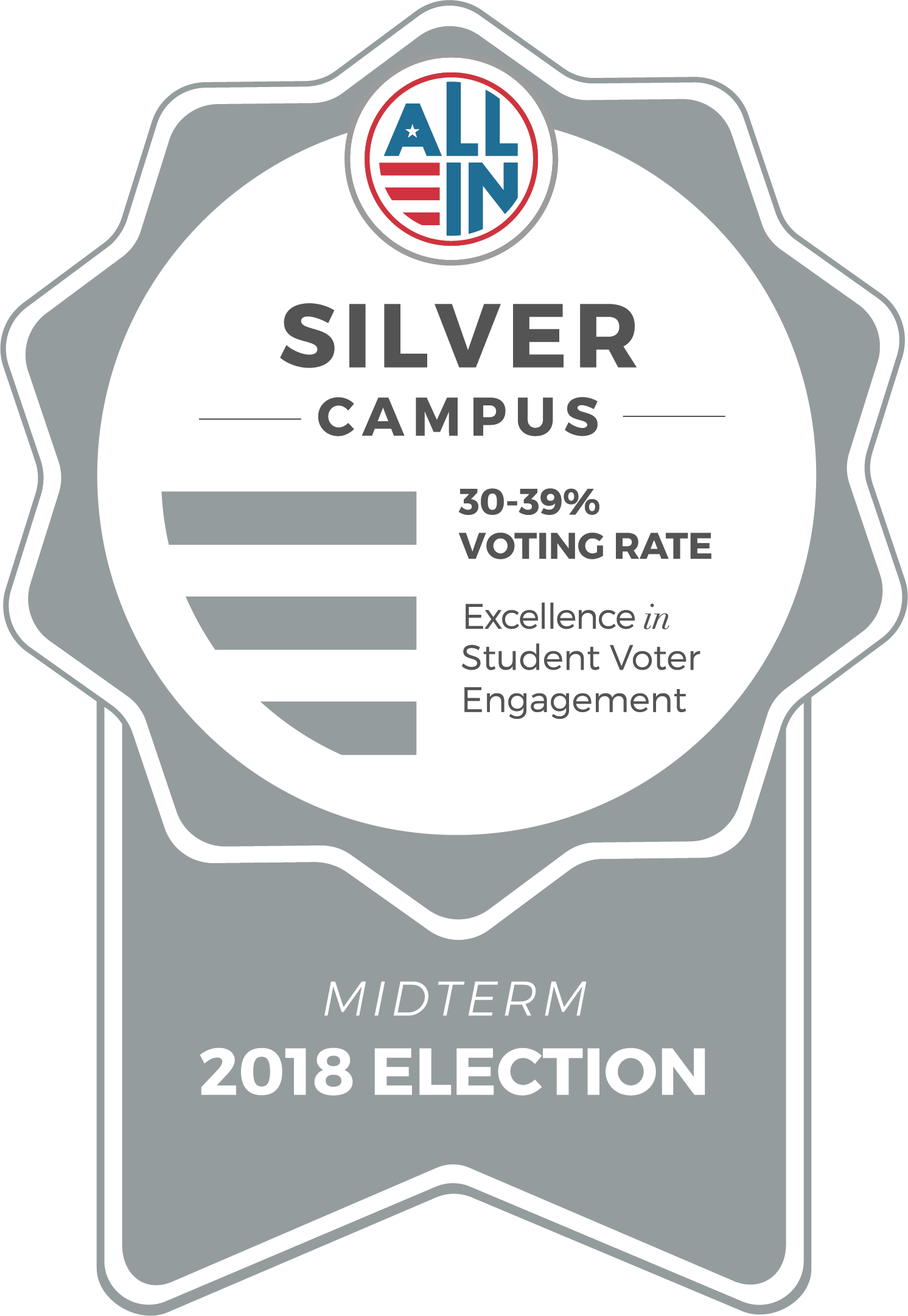 “I thank those faculty, staff and administrators who are committed to making voter engagement a part of our campus culture. Much of the credit also goes to a corps of dedicated students who organized voter engagement events, helped to register new voters and made sure that they and their friends cast their ballots in the 2018 midterms.”

Student participation in voting increased from the 2014 midterm election to the 2018 midterm. According to the National Study of Learning, Voting, and Engagement, an initiative of Tufts University’s Institute for Democracy & Higher Education, voter turnout at the more than 1,000 institutions participating in the study increased by 21 points, from 19% to 40%.

Jennifer Domagal-Goldman, executive director of the ALL IN Campus Democracy Challenge, praised Cal U’s “intentional efforts to increase democratic engagement” by encouraging students to learn about the issues and go to the polls.

About the ALL IN Challenge

The ALL IN Campus Democracy Challenge is a nonpartisan, national initiative recognizing and supporting campuses as they work to increase nonpartisan democratic engagement and full student voter participation. The Challenge encourages colleges and universities to help students form the habits of active and informed citizenship, and make democratic participation a core value on their campus.

More than 560 campuses, enrolling more than 6.2 million students, have joined the Challenge since its launch in summer 2016.

Cal U received a Bronze Campus Award at the inaugural ALL IN Challenge Awards ceremony, in 2017.  Both the 2017 event and today’s ceremony were held at the Newseum, in Washington, D.C. A full list of seal awardees can be viewed here.