Ryan Smith is selected to the to the College Sports Information Directors of America Academic All-District At-Large Team. 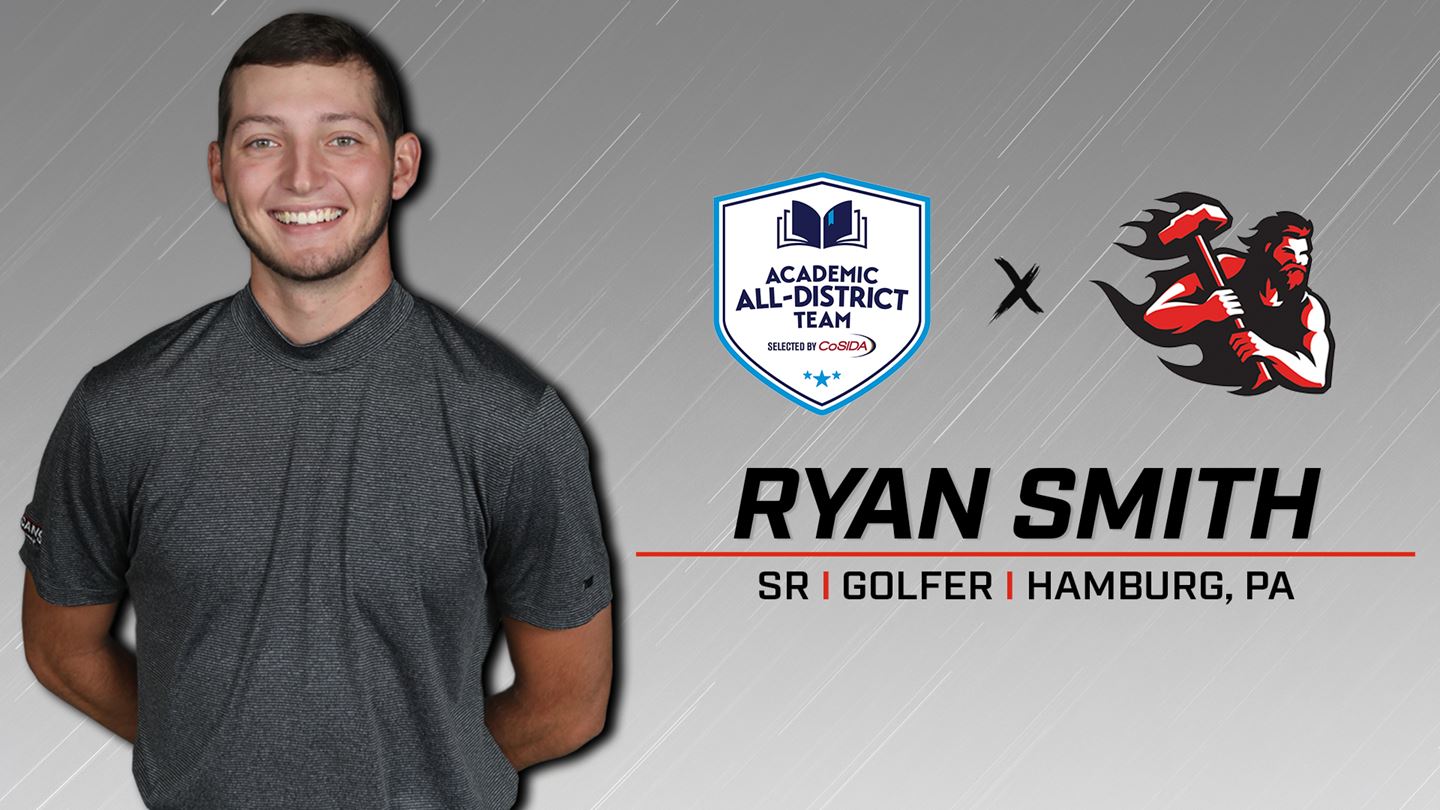 With his selection, Smith is now eligible for consideration on the CoSIDA Academic All-America Teams that will be announced next month. He is the first men's golfer to earn the academic laurel from CoSIDA since Jordan Eck was a repeat honoree in 2004 and 2005.

Smith led the team and established a career best with a scoring average of 74.9 strokes over five events in the fall. He set a school record with 20 birdies over 54 holes while tying for fourth overall with a three-under 213 (73-69-71) at The Griffin Invitational. The three-under 69 in the second round matched the lowest score of his career.

A 6-foot-3 senior, Smith earned both PING all-region and All-Pennsylvania State Athletic Conference (PSAC) First-Team laurels for the third-consecutive year last month. He finished his career with a scoring average of 75.5 strokes in nearly 25 events.

Smith holds a 3.71 cumulative grade-point average (GPA) while completing a degree in professional golf management with a minor in business. He became the program's first-ever recipient of the PSAC Champion Scholar Award in 2018.

To qualify for academic all-district honors, a student-athlete must maintain a cumulative 3.30 GPA or higher and must have reached sophomore athletic and academic standing at their institution. The district consist of all schools in the PSAC, Mountain East Conference (MEC) and Central Intercollegiate Athletic Association (CIAA).