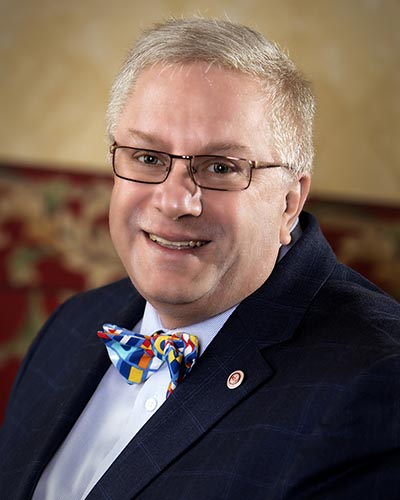 After 36 years as a Cal U faculty member and administrator, Dr. Bruce Barnhart, provost and senior vice president for Academic Affairs, has announced that he will retire on July 3, 2020.

“I’m looking forward to new challenges and opportunities,” Barnhart said. “I’ve enjoyed my career at Cal U, and I’ll always be the Vulcans’ biggest fan. But it’s time to begin the next phase of my life.”

“I’ve accomplished more than I ever could have imagined when I started at Cal U,” Barnhart said. “But as President Jones said in her own retirement announcement, even good things must come to an end. My wife (Mary Jo ’84) and I are ready for a change.”

“I certainly will miss my good friend and colleague in the challenging months ahead,” said Jones, who plans to retire in January. “Bruce shares my ‘students first’ philosophy, and it has guided us both as we worked side by side on behalf of our alma mater.”

Engstrom taught for seven years in the Applied Engineering and Technology Department and was associate dean in the College of Education and Human Services for three years. He has been the associate vice president for Academic Success since 2012.