The University continues its Black History Month celebration with a discussion about social and civil rights. 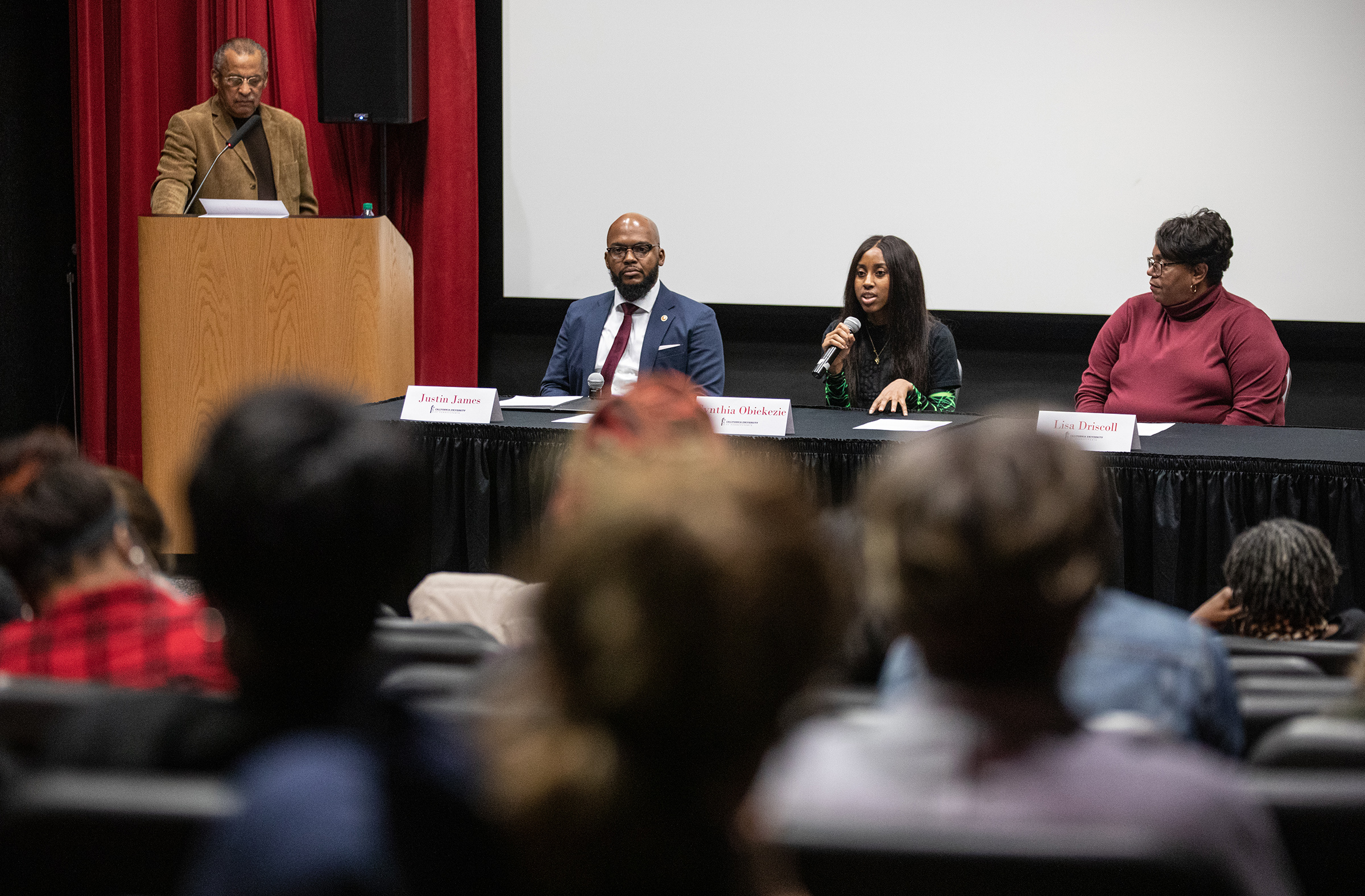 Four members of the Cal U community offered heartfelt reflections following the viewing of the full "I Have a Dream" speech delivered by Dr. Martin Luther King Jr. during the March on Washington for Jobs and Freedom on Aug. 28, 1963.

The event was part of the University’s celebration of Black History Month in February.

“This morning let’s discuss and explore what Dr. King’s speech meant to us and the status where we are as a society relative to social rights and civil justice,” Jones said.

Driscoll, born in 1963, said she grew up aware of racism but did not experience it firsthand until an event she was supposed to attend was canceled because of Ku Klux Klan march.

“That was my first real in-my-face-realization of racism,” she said. “Before that, I was naïve to think that racism did not like exist as it did during Dr. King’s speech. This was 1980. His speech makes me realize while racism still exists, I see progress and will never give up. Open dialog gives hope.”

Obiekezie, who moved to Pittsburgh from Nigeria at the age of 4, recalled being accused of biting her second-grade classmate.

“(The parents) saw me as an animal, certainly something different, and it was dehumanizing,” Obiekezie said. “Regardless of where you go, there will always be dysfunction in terms of societal cohesion.

“But what resonated to me from the speech was his emphasis on remembering that everyone can be and is an advocate. Young people need to see that you can make a difference regardless of your color.”

James talked about how King’s actions paved the path for him to go through K-12 with predominantly white students.

“Dr. King addressed the issues he had with the country and provided a vision and call to action to get there, which I believe are applicable to life in general,” James said. “What he spoke of helped me grow as a person, and I am thankful because I am not sure my upbringing would have been as good if not for him.”

Before taking questions from the audience, Jones pointed out that that King and other civil rights leaders proved that exercising the right to vote is an important way to focus on things that can be changed.

He ended the discussion with a question.

“All of us remember what the message was from Dr. King, but the question is how do we internalize it?” he said.  “How do we use those words he used to help us become better activist members of a society that is desperate for inclusion?

“We have to be inclusive. If not, we can’t succeed.”