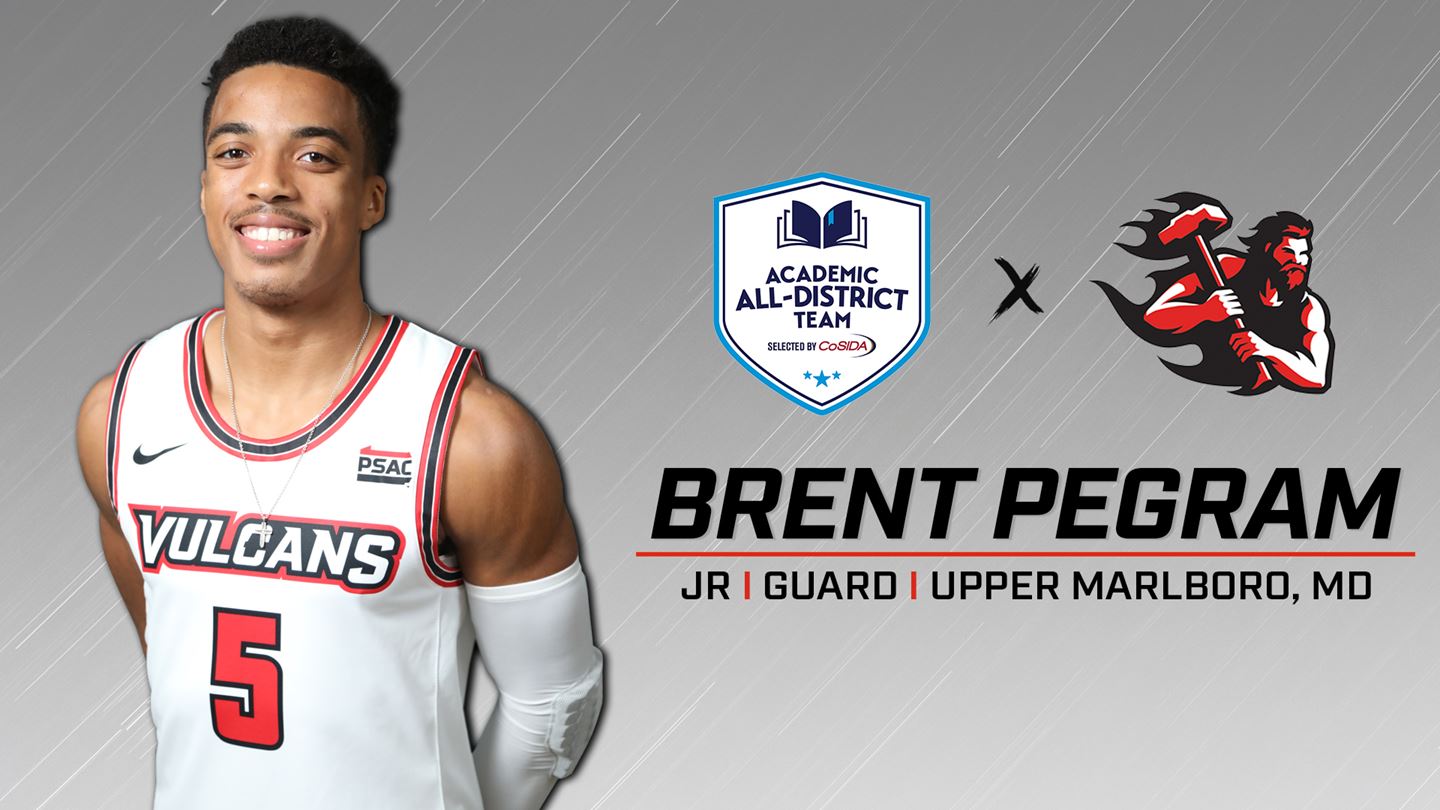 With his selection, Pegram is now eligible for consideration on the CoSIDA Academic All-America Teams that will be announced next month. He becomes the first recipient to earn the academic laurel from CoSIDA since Steve Swiech during the 2011-2012 season.

Pegram ranks third in the Pennsylvania State Athletic Conference (PSAC) in scoring at 20.5 points, while also sitting third in the league with 5.2 assists per game. He boasts the third-best three-point percentage in the conference with a .403 clip (83-for-206) and has converted the third-most free-throws with 114 this year. The Maryland native paces the 18-team league and ranks fourth in the Atlantic Region with 2.12 steals per game while averaging 36.1 minutes per game.

A 5-foot-11 junior, Pegram became the program's first 1,000-point scorer in over a decade in last night's victory over Seton Hill. He has averaged 19.5 points, 4.7 assists and 2.4 steals per game in two seasons with the Vulcans after playing his freshman year at Wheeling.

Pegram holds a 3.50 cumulative grade-point average (GPA) while pursuing a degree in criminal justice with a concentration in homeland & international security. He received PSAC Scholar-Athlete status last year and has been featured on the Cal U AD Honor Roll in each of his three semesters at the institution. This marks his first time being eligible for the award due to his transfer from Wheeling.

To qualify for academic all-district honors, a student-athlete must maintain a cumulative 3.30 GPA or higher and must have reached sophomore athletic and academic standing at their institution. The district consists of all schools in the PSAC, Mountain East Conference (MEC) and Central Intercollegiate Athletic Association (CIAA).