Divonne Franklin will run March 13 in preliminary round. 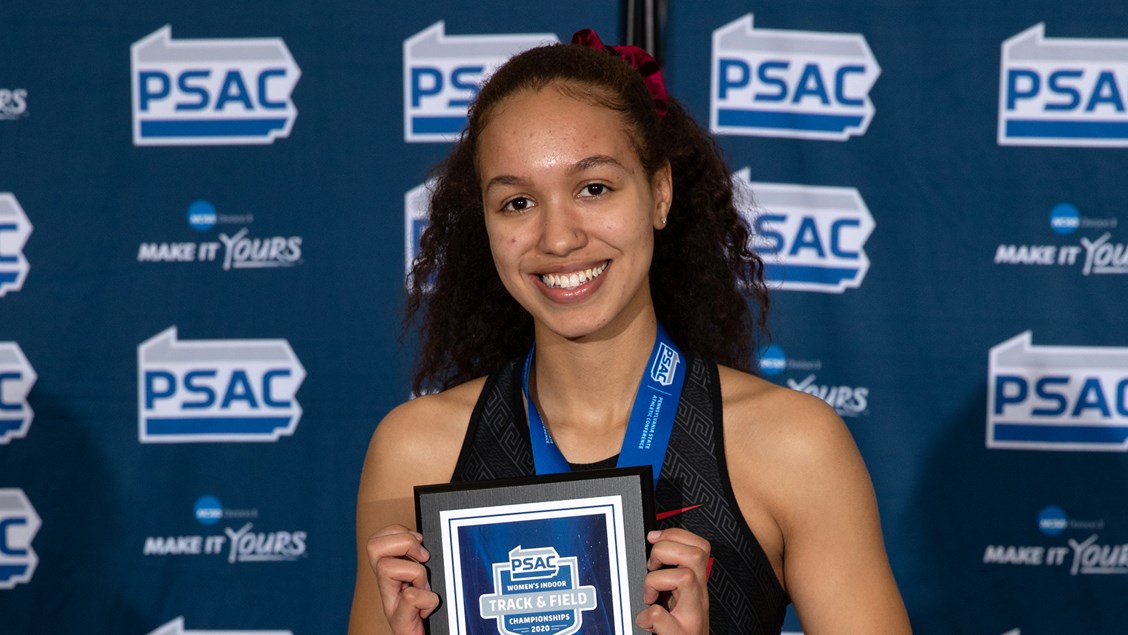 Cal U sprinter Divonne Franklin will compete in the NCAA Division II Indoor Track and Field National Championships from March 13-14.

The championships, which consist of 270 men and 270 women participants, are being held in Birmingham, Ala., at the Birmingham CrossPlex.

At her last outing, the PSAC Indoor Championships, Franklin won the 60- and 200-meter dash events with school and conference record times of 7.55 and 24.66 seconds, respectively. She was also the leadoff leg on Cal U’s first-place 4x400-meter relay team and was selected as the meet’s Outstanding Track Athlete.

The NCAA indoor championships will be streamed live at www.NCAA.com.