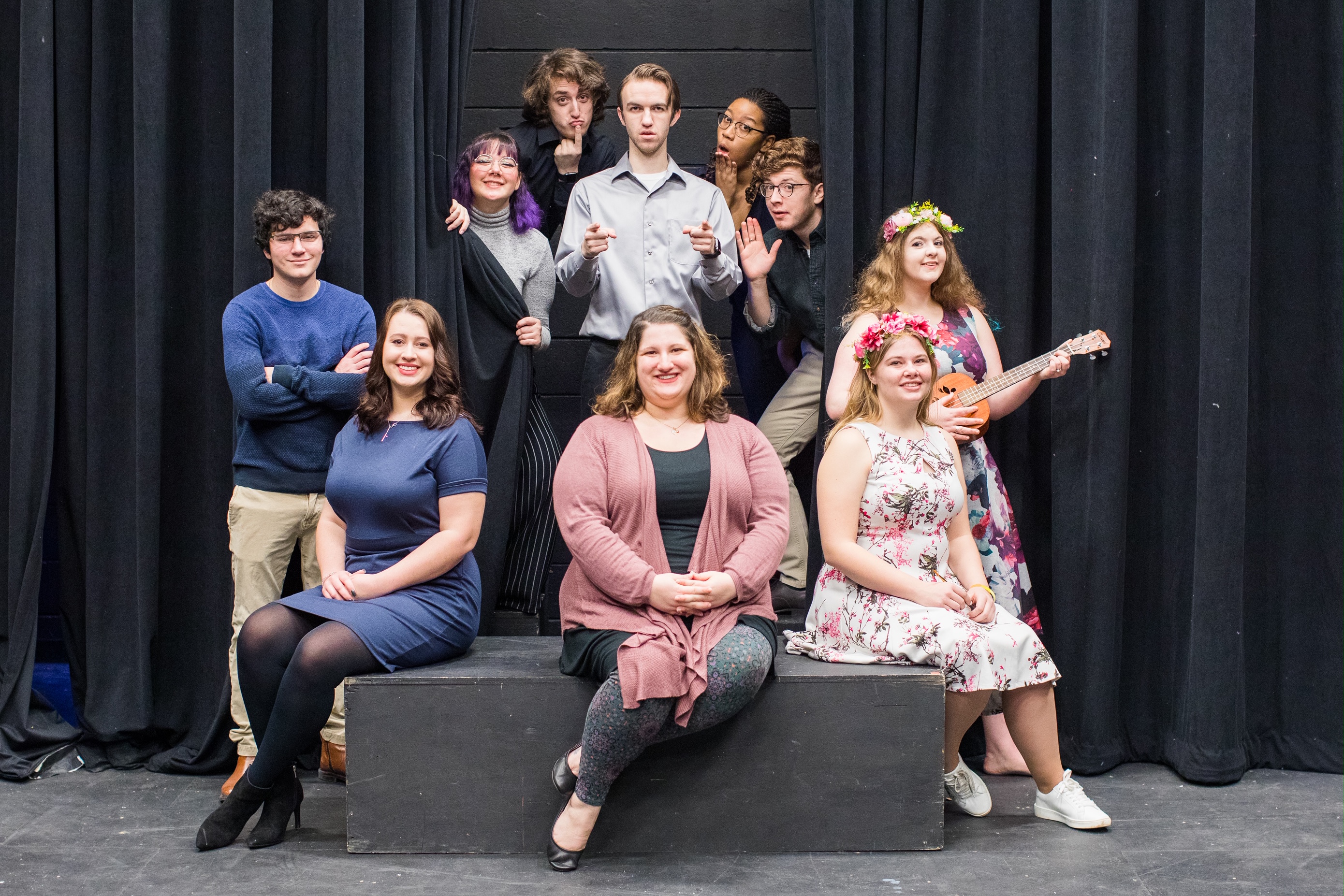 The Department of Music and Theatre will open its spring season with an Evening of Creativity.

The evening will consist of four pieces:

Controlling Interest is a play by Wayne Rawley that will be directed by Cal U graduate student Christina Bordini. Cast members include: Elijah Gilbert, Shane Callahan, Matt Stroop, Garrett Smyth, and Rachel Phillips.

SoCo, is an original play written by Michael Mastandrea and directed by Sara Sproul. Cast members are Holly Grainger and Rolando Gonzalez.

A Thousand Words is a musical painting experience with student Mollie Ehrlichman playing the ukulele to her own music while fellow student Braylee Pierce paints.

There will also be an improvisational group -- a form of live theatre in which the plot, characters and dialogue are made up in the moment. Cast members include Shane Callahan, Noah Dohanich, Mack Freed, Gilbert, Christina Kent, and Quest Sawyer.

"Student-driven productions are always a treat because they give students an immense amount of freedom to make their own creative vision come to life,” he said. “My role is to make sure the production runs smoothly and efficiently.

“Our students are working very hard, and I'm looking forward to how our audiences react to the production's variety."

Gilbert, a sophomore early education pre-K major who is minoring in musical theatre, portrays a character in Controlling Interest who has the dialogue of an 8-year-old. He also will be part fo the improv group.

“Though we won’t be practicing what we perform, we need to practice keeping a steady flow of scenes and bits going to keep the audience interacted with our art,” he said.

Tickets are $12 for adults; $6 for those 55 and older and 12 and younger. Cal U students with valid CalCards pay 50 cents, plus a $5 deposit that is refunded at the show.

For ticket information, or to charge tickets by phone, call the Steele Hall Box Office at 724-938-5943. Tickets are also available online at tinyurl.com/eveningofcreativity.