Four receive the honor from the Foundation for California University of Pennsylvania. 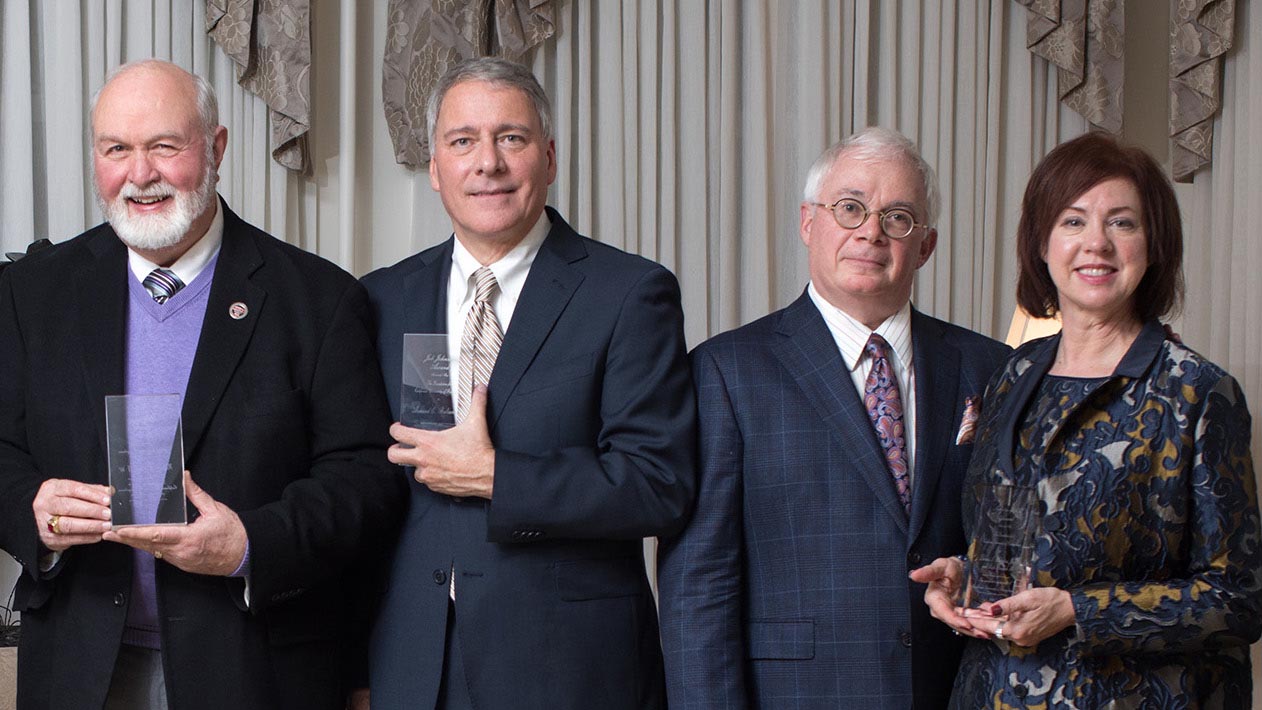 The Foundation for California University has presented its annual awards to four individuals.

Armand Balsano ’74 received this honor, named for one of the founders of what is now California University of Pennsylvania. The award recognizes alumni who have received recognition outside the University for excellence, innovation, community service or other notable achievements.

A retired senior administrator in the health care industry, he now serves as a consultant with acute care and long-term care facilities, performing evaluations of strategic and financial feasibility and planning.

Balsano is a former member of the Foundation Board who held offices of vice-president, secretary and treasurer.

William R. Flinn, II ´68, was honored for his unselfish service to the University. His award is named in honor of John N. Dixon, the "Grand Old Man" among Cal U’s founders, who served on the Board of Trustees for 46 years.

Now retired Flinn was the CEO and owner of Bill Flinn Insurance Agency.

A founding member of Cal U’s Bow Ties & Pearls Ball, He is also a former member of the Foundation board and served as president and vice president.

This philanthropic award, which recognizes distinguished contributions to the enhancement and excellence of California University, was presented to Cal U couple Beth Bershok ´84 and Thomas Bakaitus ´83.

Bakaitus is the operating partner of the Pittsburgh-based CPA firm Herbein and Co., where Bershok, previously a longtime Pittsburgh on-air radio personality, serves as the marketing director.

The Foundation for California University of Pennsylvania is an affiliated yet independent 501(c)(3) nonprofit organization that supports the mission of the University and its students.