From Walk-on to Athletic Hall of Fame

Jim Snyder played all four secondary positions from 1981 and 1984. 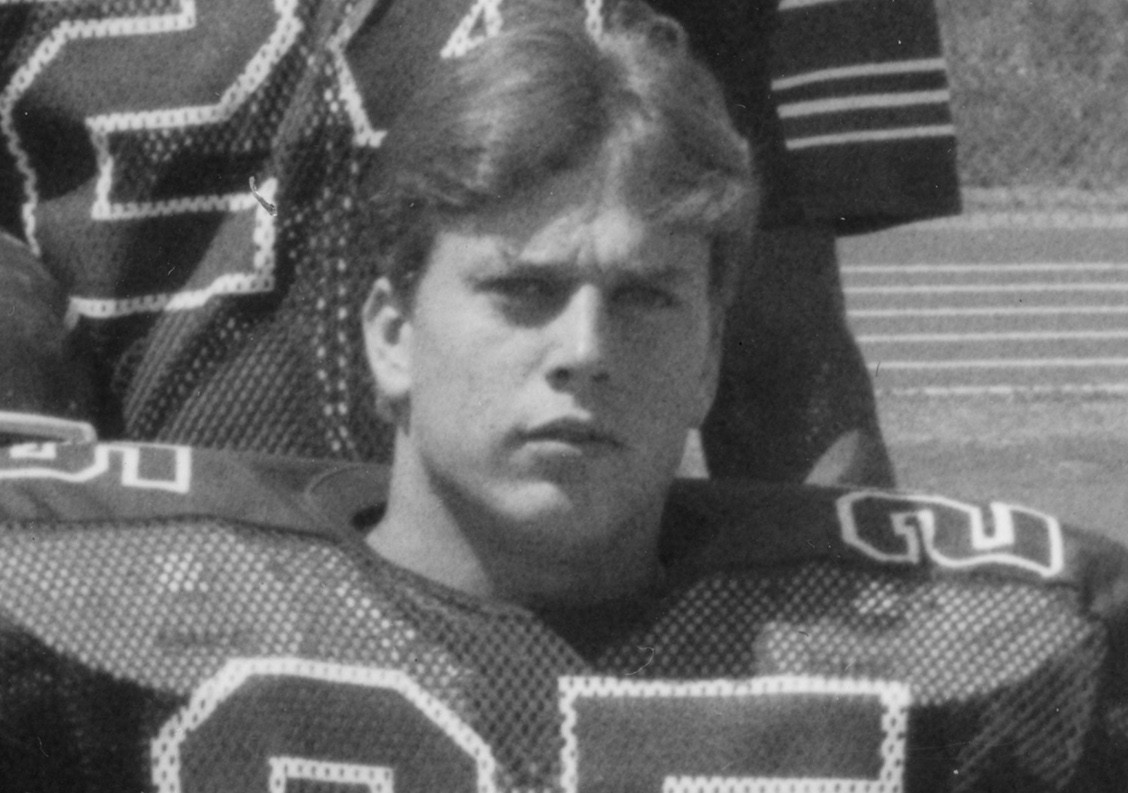 During his career as a four-year starting defensive back on the Vulcans football team, Jim Snyder ’85 made 260 tackles. His latest stop is induction into Cal U’s Athletic Hall of Fame.

A walk-on, Snyder wound up playing all four secondary positions between 1981 and 1984. He graduated as a two-time first-team all-conference safety and, as a senior, earned Associated Press All-American honors.

But he’s most proud of playing in 40 of 41 games, building a reputation as one of the team’s most reliable players.

“Jim Snyder was a very good, smart, physical football player who made plays and tackles, got interceptions and did so in crucial moments of games,” said former defensive coordinator and secondary coach Bob Haley ’81, ’85.

The 2020 members of Cal U’s Athletic Hall of Fame will be honored at the second annual Bow Ties & Pearls Ball on Saturday, May 2, at the Convocation Center. The event benefits Cal U scholarships for Cal U students and legacy projects on campus. To purchase tickets and more information about the event, visit calu.edu/bowtiesball.

“He did everything we asked. I loved him and those guys he played with.”

During his freshman season, Snyder received Player of the Week honors following a 15-tackle, one-interception effort in a 31-14 victory at Lock Haven.

The Bald Eagles “made the determination they were going to run at me and lead with the fullback,” Snyder recalled, “but (defensive lineman and 2000 Hall of Fame inductee Rob Dindak ’82) just blew that interference up and left me one-on-one with the running back.

“I got the accolade, but that never would have happened without Rob. It’s all about playing as a team.”

A natural free-safety, he filled an injury void at cornerback for the first half of the 1982 season. Back at the safety spot, Snyder intercepted a pass in each of the Vulcans’ final five games and finished the season with a team-high six interceptions. He also led the team in fumble recoveries (2) and was second in pass breakups (7), third in sacks (3) and fourth in tackles (77).

During his senior season, the Vulcans won eight games – the most single-season victories since 1958 – and brought home their first PSAC championship in 16 years.

Snyder, a co-captain, made 77 tackles, three interceptions, three sacks and eight pass break-ups. He also reprised his junior-year role as the Vulcans’ punt and kick returner.

“My job was to make tackles, help stop the opposing offense, line up and do it again,” Snyder said. “There was no celebrating. … It was a different mindset then.”

In all, Snyder posted 260 tackles (130 solo), with 16 interceptions, 30 pass break-ups and six fumble recoveries before his Cal U career came to a close.

He credits much of his success to the coaching staff, which included Haley and head coach and 1995 Hall of Fame inductee Jeff Petrucci ’69.

Snyder still recalls the support he received after his father passed away unexpectedly after his freshman season. But “there was a mentality of toughness brought from the coaching staff,” he said. “All of them coached toughness and worked us hard.”

A Pittsburgh native, Snyder was a three-year starter in both football and baseball at Bishop Boyle High School. He studied accounting at “Cal State” and has been a commercial banker for more than three decades, mostly with Citigroup Inc.

“I appreciate the fact that I have a degree from California University, which gave me the tools for what I do. But I also believe that success in the professional arena gets back to the discipline of being an athlete,” Snyder said.

“Athletics makes you understand that you have to get up every day, go to work and outwork and outhustle people.”

Snyder and his wife, Kim Krause Snyder ’84, live in Agoura Hills, Calif. They have two children, Megan, 23, and Michael, 20.

The couple returns to Pennsylvania regularly to see family and visit campus.

“I have fond memories of California University,” Snyder said. “It’s a big part of my life.”