Experts will analyze results just one week after Election Day at virtual event organized by Cal U. 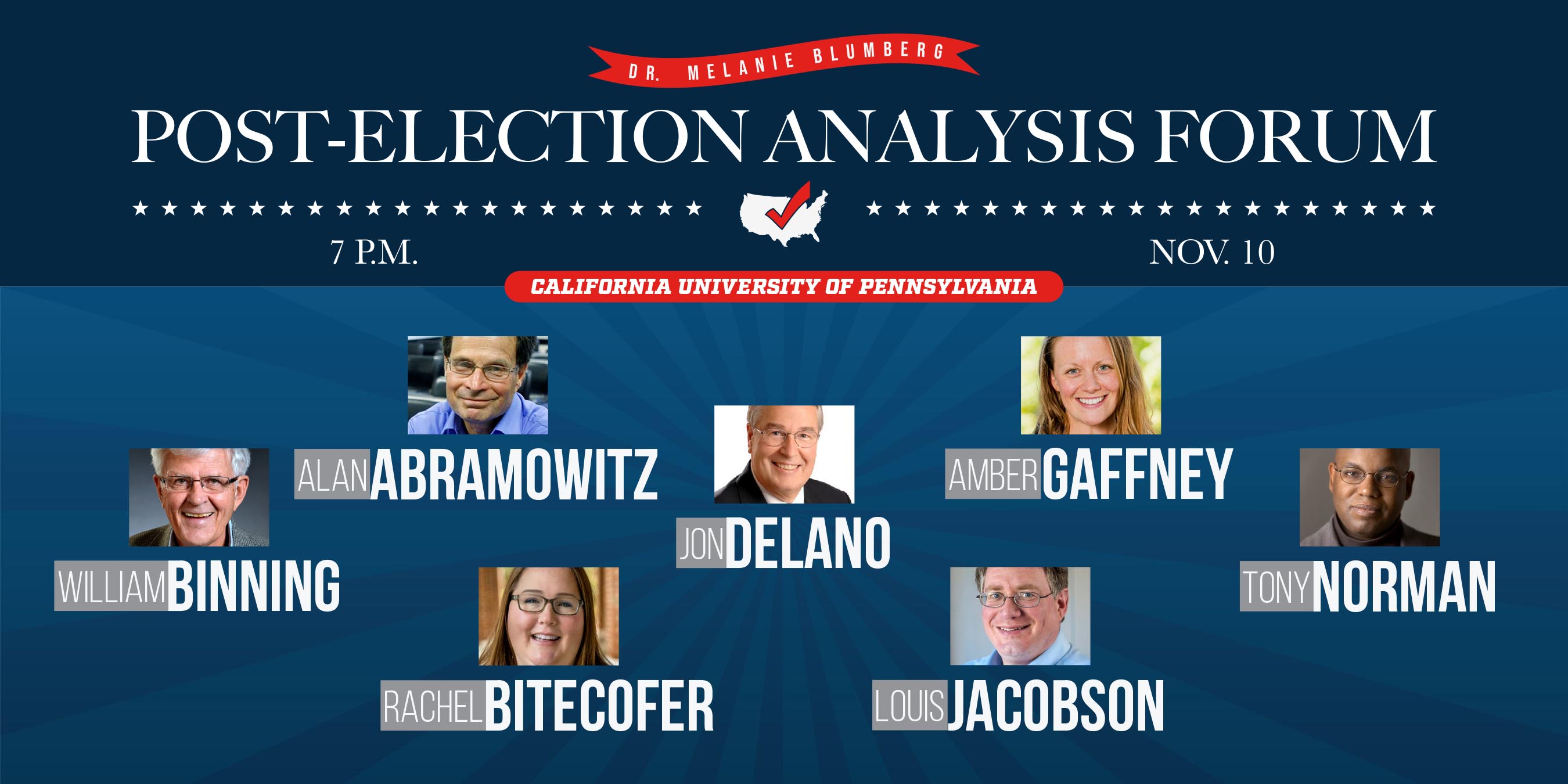 Individuals across the country are invited to attend Cal U’s premier election-season event – a timely analysis of election results by a panel of nationally recognized speakers, sponsored by the campus’s nonpartisan American Democracy Project.

Political analyst Jon Delano, the Money & Politics Editor at KDKA-TV in Pittsburgh, will serve as moderator for the Dr. Melanie Blumberg Post-Election Analysis Forum, presented by California University of Pennsylvania.

The livestreamed event is set for 7 p.m. Nov. 10, just a week after Election Day.

Questions for Delano and the panelists may be submitted by email to ElectionQ@calu.edu in advance or during the presentation.

“The forum has become a popular election-year tradition at Cal U,” said Dr. Laura Tuennerman, director of the university’s American Democracy Project chapter.

“Jon Delano always keeps the audience engaged, and our panelists excel at explaining the reasons behind the results. Livestreaming the forum will open the event to viewers everywhere who want to better understand the outcome of the Nov. 3 election – whatever it may be.”

The forum’s panel of distinguished experts includes some returning speakers and a few newcomers. Panelists are:

The forum has been named for the late Dr. Melanie Blumberg, a political science professor and founder of Cal U’s American Democracy Project chapter. William Binning, emeritus professor of political science at Youngstown State University, Ohio, will deliver a brief remembrance during the event.

About the American Democracy Project

The American Democracy Project is a multi-campus initiative focused on higher education's role in preparing the next generation of informed, engaged citizens for our democracy. Its goal is to produce graduates who are committed to being active, involved citizens in their communities. California University of Pennsylvania was one of the first universities to pilot the American Democracy Project, in 2003.

About California University of Pennsylvania