The award, named for Cal U's first African American graduate, was presented during a virtual ceremony on Oct. 8. The President is retiring in January after a 46-year career at the University. 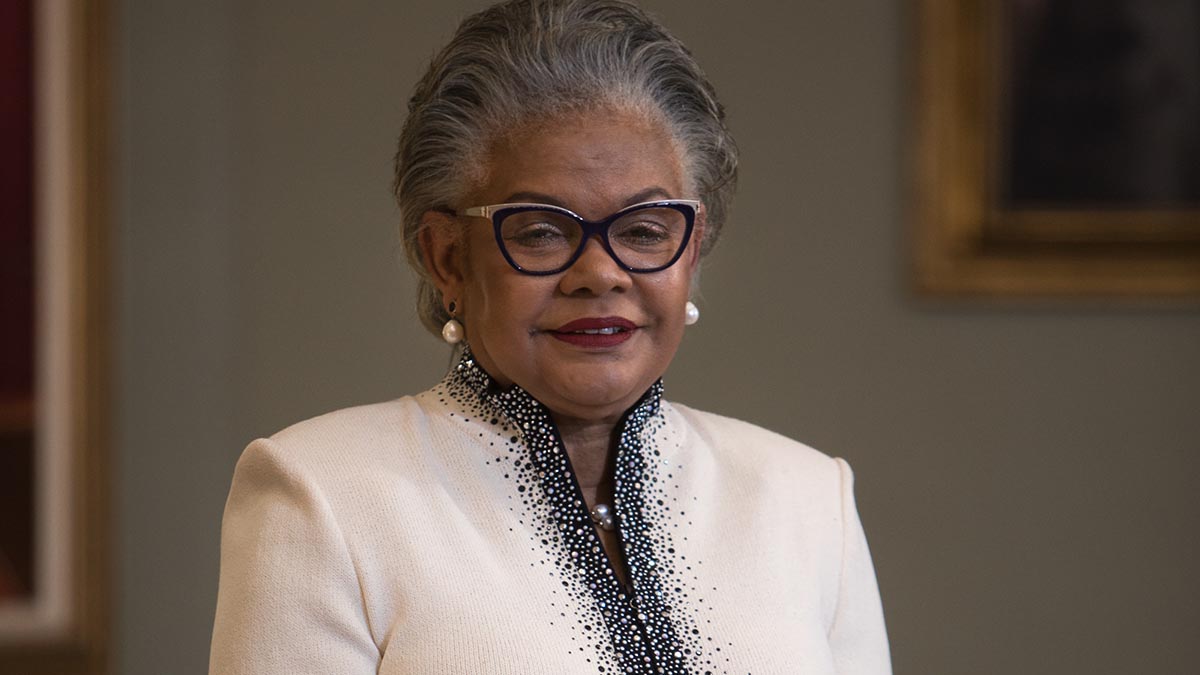 President Jones, who earned her degrees from Cal U in 1972 and 1980, became Cal U’s interim president in 2012 and was officially installed in 2016, becoming the first woman and the first person of color to hold that title. She will retire from the University Jan. 29, 2021.

“She was a woman of great courage and conviction. Her success as a student was not only a significant achievement for the African-American community, but also a noteworthy sign of the changing role of women in America. She had the strength to forge her own path, to follow her own dreams, at a time when that was challenging for women, and especially women of color.

“This is something I’ve tried to instill in our students over the years, and in the colleagues I’ve mentored throughout my career: If you focus on your goals, if you turn your dreams into action, you can achieve great things. Jennie Carter’s life and career are a wonderful example.”

The event, held during Cal U’s virtual events to celebrate Homecoming, was hosted by Sheleta Camarda-Webb, director of the Office of Diversity, Equity and Inclusion at Cal U.

Special guests included Jeffrey Jones, Cal U’s first gentleman, and Bill Carter, Jennie Carter’s great-grandson. The Joneses’ children, Autumn Lantz and Courtney Jones, congratulated their mother on her achievement, and granddaughter Jurnnee Lantz performed one of the President’s favorite songs, “If I Can Help Somebody.”

“At a past Jennie Adams Carter Award ceremony, Gerri remarked on Jennie Carter’s impact not only as a member of the African American community, but also as a trailblazer for women,” Jeff Jones said. “She went on to say, ‘Her memory continues to inspire our campus community.’

“When I think of Gerri’s career at Cal U, I think about those principles that she believes in, and how similar they are to Jennie’s.”

Members of the Cal U community also expressed congratulations. They included James Davis, chair of the Cal U Council of Trustees; Dr. Daniel Engstrom, interim provost and vice president for Academic Affairs; Dr. Kristen Majocha, dean of the College of Education and Liberal Arts; Dr. Brenda Fredette, dean of the Eberly College of Science and Technology; Dr. Yugo Ikach, dean of the School of Graduate Studies and Research; and T. David Garcia, vice president for Enrollment Management.

“I worked closely with her for 12 years,” Barnhart said. “And as I listened to her daughters, Autumn and Courtney, talk about her influence in their lives, I thought of how she also influenced those of us who worked with her. She modeled how to be a leader and a problem-solver, and I treasure the time we worked together. No one is more deserving.”