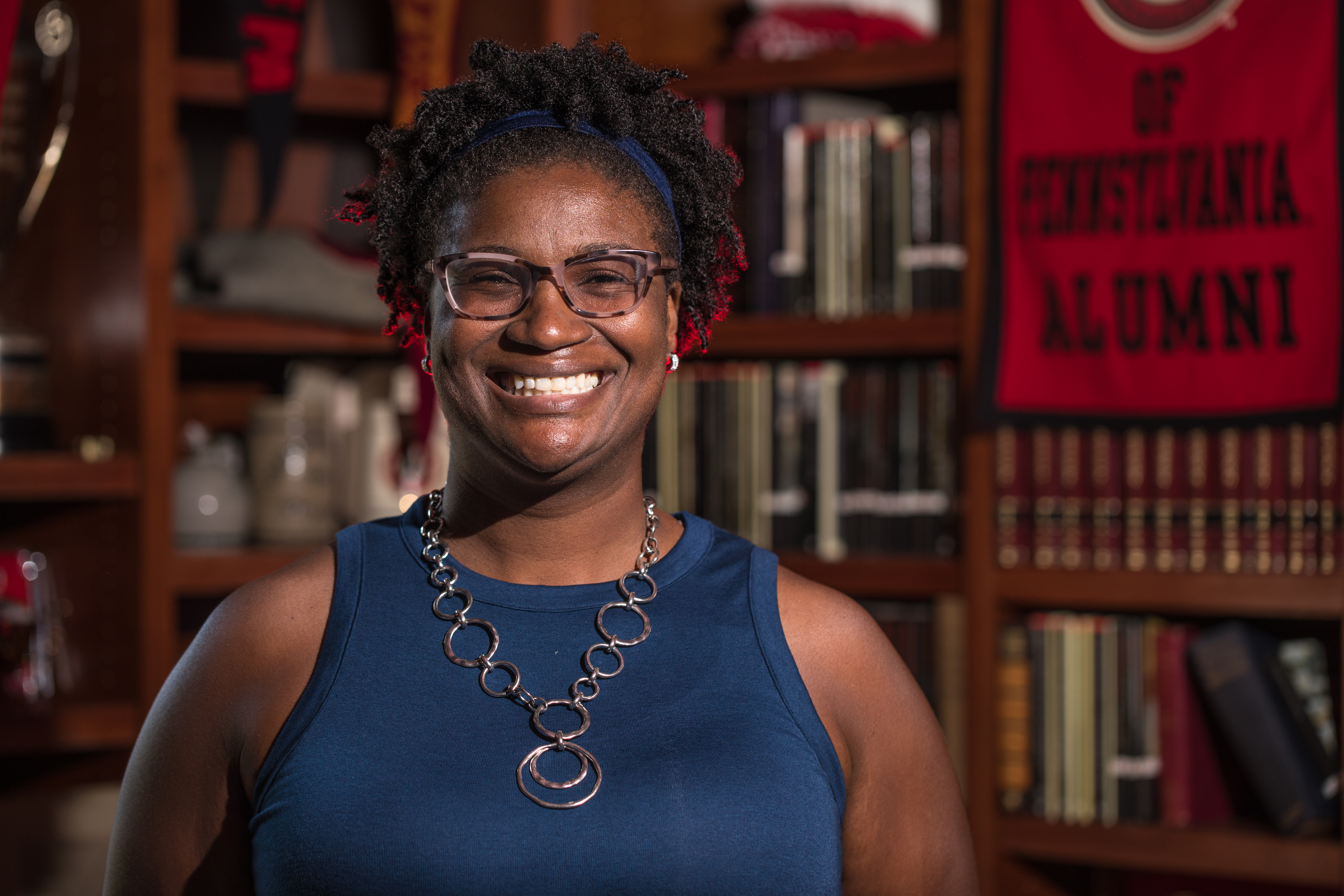 “This idea of race in education,” Jessica Spradley told a Black History Month audience, “has been posed as Black history, but it's American history and should be taught in all classes.”

The importance of dialogue and understanding was the focus of Bradley’s Feb. 10 talk, “Educational Places as Racial Places,” part of “What’s the T? Thoughtful Discussions About National Narratives” series, developed by the Student Affairs Diversity Committee.

Bradley is a Frederick Douglass Institute scholar in sociology at Cal U, and vice president of research and assessment for the Care Based Leadership Collaborative, based in Pittsburgh, Pa.

“For some reason we have said we can’t or its really uncomfortable to talk about race. But we’re ok with talking about an education or achievement gap or all these other gaps,” Spradley said.

“At some point we need to acknowledge the narrative that we are starting to perpetuate from generation to generation.”

To illustrate how a bad narrative spreads, Spradley asked the audience to share their best or worst restaurant experience, noting that “studies show if someone has a good experience they’ll likely tell 1 to 3 people, but after a bad experience, you’ll more likely tell 10 to 15 people.”

Spradley showed the audience photos from the “The Little Rock Nine,” a group of nine African-American students enrolled in Little Rock Central High School in 1957, and of Ruby Nell Bridges Hall, the first African-American child to attend the all-white William Frantz Elementary School in Louisiana during the New Orleans school desegregation crisis in November 1960.

“Imaging being escorted by large people who didn’t look like you to a place where no one wants you and how isolated you are,” said Spradley of Bridges Hall.  “What memory does this create, and what’s being transferred from generation to generation in terms of education?

Spradley said as an educator she is simultaneously learning and teaching.

“Be accountable for making your curriculum and your space multicultural,” she encouraged both teachers and students in the audience.

“Realize the power of ethnic identity without becoming ethnocentric and acquire a national identity that aligns schools and society.”

“It was interesting and she made a lot of good points,” Coward said.  “Her ideas about people being more likely to share their worst memories was telling and shows the difficult challenge to give us all our space where people of all cultures can express their best and worst experiences. “