Renata Silva Gray will be honored May 2 at the Bow Ties & Pearls Ball. 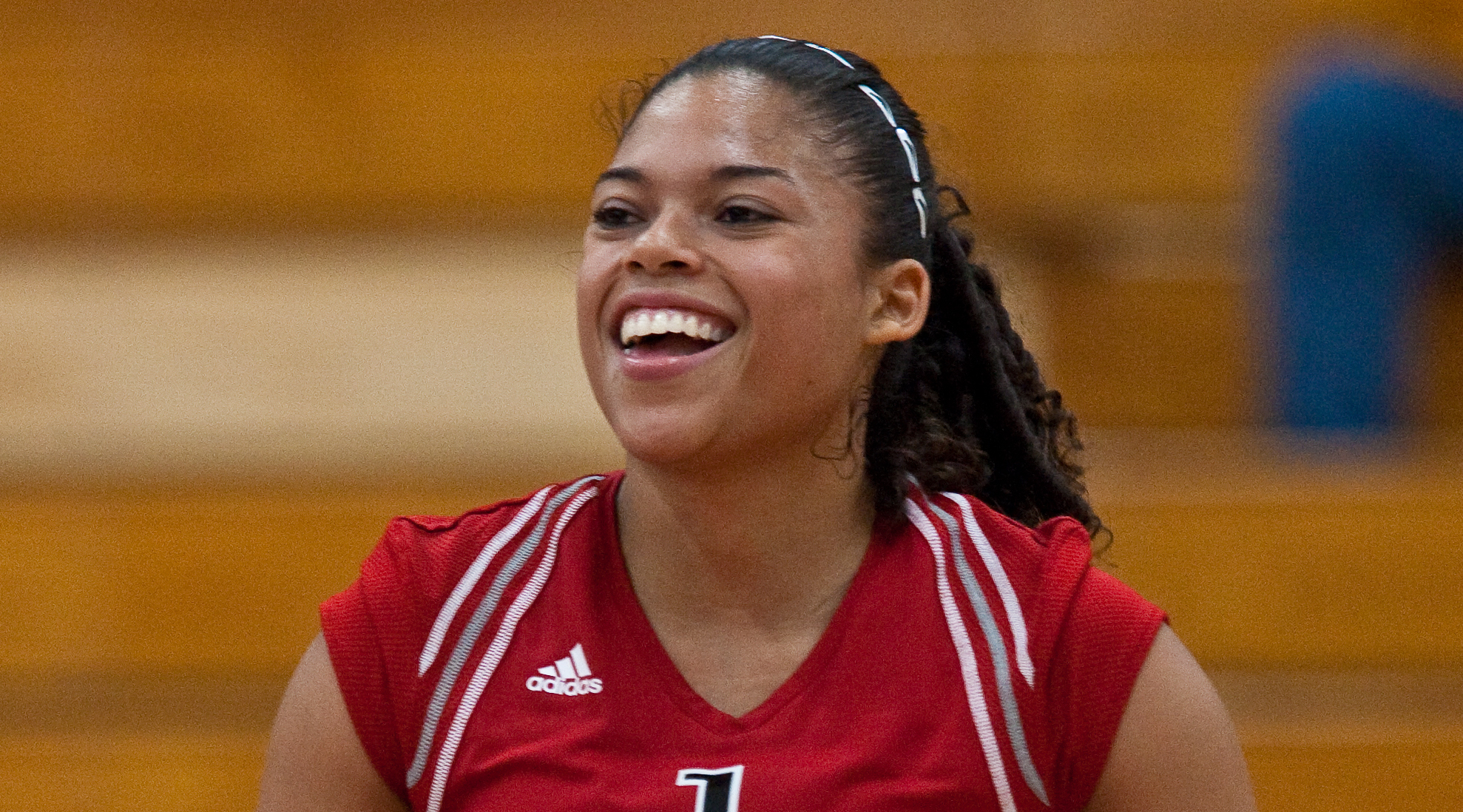 “Looking back, it almost feels like a movie,” says Renata Silva Gray.

The real-life plot: A student-athlete travels from her home in Sao Paulo, Brazil, to California, Pa. She enrolls at Cal U, excels academically and becomes a standout volleyball player – all while mastering the English language.

Before the credits roll she’s set records, earned multiple All-America honors and university degrees, launched a successful career and – spoiler alert! – been inducted into the Cal U Athletic Hall of Fame.

“It certainly has had a happy ending,” Silva Gray says. “I thought about quitting multiple times early on, but my mom always pushed me because … there were so many opportunities here that I would not have had in Brazil.a”

Statistics sum up her career with the Vulcans. Silva Gray’s 5,507 assists remain a school record; only four PSAC volleyball players have more. Her career total of 497 sets ranks third in school history, and her 126 service aces rank 10th. Her career totals also include 1,065 digs and 311 blocks.

The 2020 members of Cal U’s Athletic Hall of Fame will be honored at the second annual Bow Ties & Pearls Ball on Saturday, May 2, at the Convocation Center. The event benefits Cal U scholarships for Cal U students and legacy projects on campus. To purchase tickets and more information about the event, visit calu.edu/bowtiesball.

Silva Gray made an immediate impact on Cal U’s volleyball program. In 2006, her first season, the Vulcans won 30 matches and finished second at both the PSAC and NCAA Regional tournaments. The American Volleyball Coaches Association named her its Atlantic Region Freshman of the Year.

Over the next three years Silva Gray helped the Vulcans compile a 111-12 cumulative record and 41-0 conference mark. The team won three consecutive conference and NCAA Atlantic Regional titles and made three appearances in the NCAA quarterfinals.

Silva Gray was the PSAC Tournament’s MVP in 2008 and 2009. After her senior season, ESPN the Magazine named her to its Academic All-America Team – a first for a Vulcans volleyball player.

“It wasn’t just her talent, but her attitude, energy and effort that separated her from others. She was one of the most mature, hard-working and resilient athletes I’ve ever coached – and she made her teammates better.”

Silva Gray earned two bachelor’s degrees at Cal U, one in international studies with a business concentration and the other in Spanish, as well as a master’s degree in business administration. Active with the International Club, as a grad student she worked in the Department of Criminal Justice and volunteered as an assistant coach for the 2010 volleyball season.

“Cal U had so many different options … and everyone there was so receptive and trying to help you in one way or another,” she recalled.

“I keep in touch with my teammates. We all understood that volleyball was not forever, and we’ve gone to be successful, which directly relates back to our time at Cal U.”

Shortly after graduation, Silva Gray accepted a position with Anova Healthcare System, which provides home health and hospice services. Today, she is the company’s director of Administrative Services and Human Resources.

Her achievements earned her a place among the New Pittsburgh Courier’s “Fab 40” in 2019.

Silva Gray is still on the court, albeit on the sidelines. She has coached Pittsburgh Elite Volleyball since 2012; she’s currently head coach for the sports club’s 17 Elite national team.

“Coaching has been very rewarding, especially when you see players go to college,” Silva Gray said. “Whether it’s my players or employees at work, I always tell them to step out of their comfort zone and engage.”

Renata and her husband, Donald Gray III, live in Pittsburgh.

“Now I am able to help my family back in Brazil,” she said. “I will always be grateful to Cal U.”