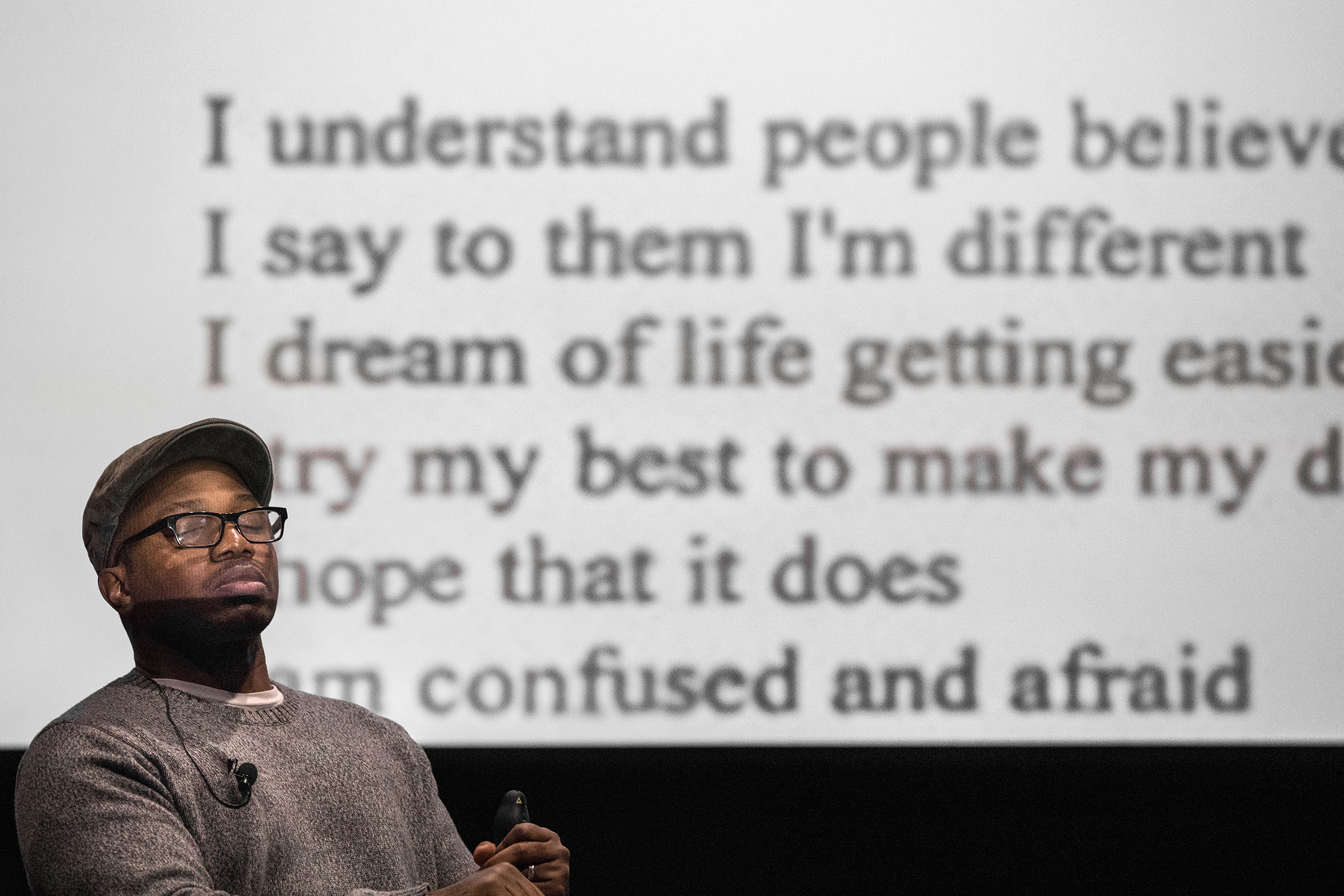 After conducting a moving one-man presentation, Dr. Paul Spradley asked the audience: “What’s the next step for Cal U?”

The founder of the Care Based Leadership Collaborative, Spradley performed in the Natali Student Center’s Vulcan Theatre on Feb. 3 as part of Cal U’s Black History Month celebration. It was also the first “What’s the T? Thoughtful Discussions About National Narratives” series, developed by the Student Affairs Diversity Committee, of the spring semester.

Spradley’s presentation, “The Day the Civil Rights Got Old,” depicted the fictitious Willie Percival Rose, who recounted being with Amelia Boynton Robinson, who was brutally beaten at a Civil Rights march on March 7, 1965, that became known as Bloody Sunday.

“We didn’t have any weapons, we did not want to move into their neighborhood, we just wanted to vote,” said Spradley, in character. “The spectators there did not charge but they cheered when we were beaten and had the same look in their eyes as the police.

“Ever since then I have marched.”

Spradley then moved his act to 2018 and read a poem written by his grandnephew, Antwon Rose II, the 17-yearold black teen who was fatally shot in East Pittsburgh.

He finished the act by explaining how Willie Rose marched for the equality of black people in 1965, and for a broader community — immigrants, women and LGBTQ — in 2018.

Before fielding questions following his performance, Spradley asked the audience to consider a Dr. Martin Luther King Jr. quote: “Almost always, the creative dedicated minority has made the world a better place.”

“It’s very comfortable and easy to be silent, to just sit there, and eventually say, “No, that’s not a good idea, but I’m good,’” Spradley said.

Jordan Scarbrough, a senior sociology major, found the presentation to be interesting.

“I found it very profound that we are still dealing with the same kind of issues only in a slightly different way,” he said.  “Now we are able to go out and protest mostly without fear of violence, but the fact that we still actually have to do it is crazy after this long period of time.

“His performance showed that unless everyone is on board, social change will not move forward and be stagnant.”

“I think when you have the opportunity to talk and hear and tell each other’s stories, hate shifts,” she said. “It’s not always about some grand shift, sometimes it’s about small minor shifts that gets us to the next step, and that’s what I believe we are trying to do here at Cal U.”