Taylor Kodric receives the award from Alpha Lambda Delta for her graduate studies at Cal U. 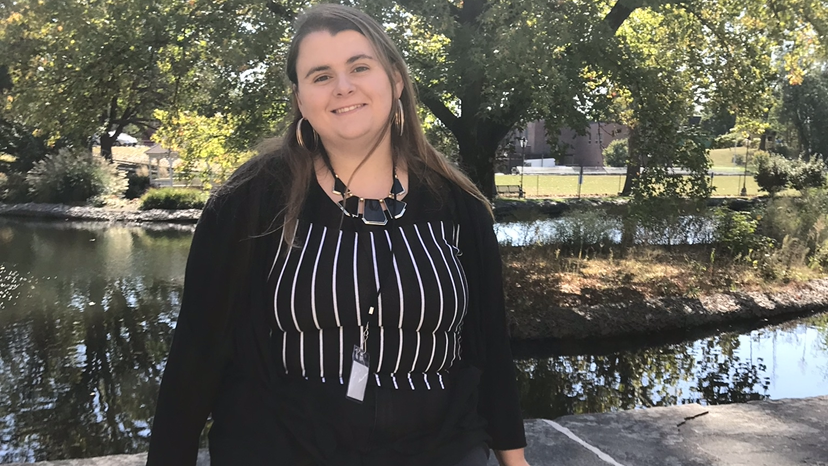 A national award will help Taylor Kodric continue to produce academic gold at Cal U.

Kodric, who graduated in May with a degree in psychology, was recently awarded the Kathryn Philips Graduate Fellowship from Alpha Lambda Delta, a national honor society that recognizes students’ academic success during their first year at a college or university.

Kodric, who was in the University’s Honors Program, was one of 26 students nationwide selected from nearly 150 applicants and will receive $2,000 to support her graduate school studies. She has already begun the accelerated master’s program for school psychology at Cal U.

According to Dori Eichelberger, the Cal U chapter’s adviser, Kodric is the fifth Cal U student to receive an ALD graduate fellowship and the first since 2016.

“Taylor is an exceptional student, all-round person who has been very active with ALD and is simply doing many great things here,” Eichelberger said.  “I’m excited to see her achieve her goals and be rewarded for it.”

In her role as a New Student Orientation leader, Kodric encouraged students to get involved with ALD and be active on campus.

“ALD helps further your academic and professional development,” said Kodric, who wants to be a school psychologist with Intermediate Union 1. “I put a lot of time in with my application and this fellowship is going to be such a good financial contribution to my master’s program.

“It’s a wonderful honor and shows me that my hard work is paying off.”