The ceremony will continue a long-standing tradition at Cal U. 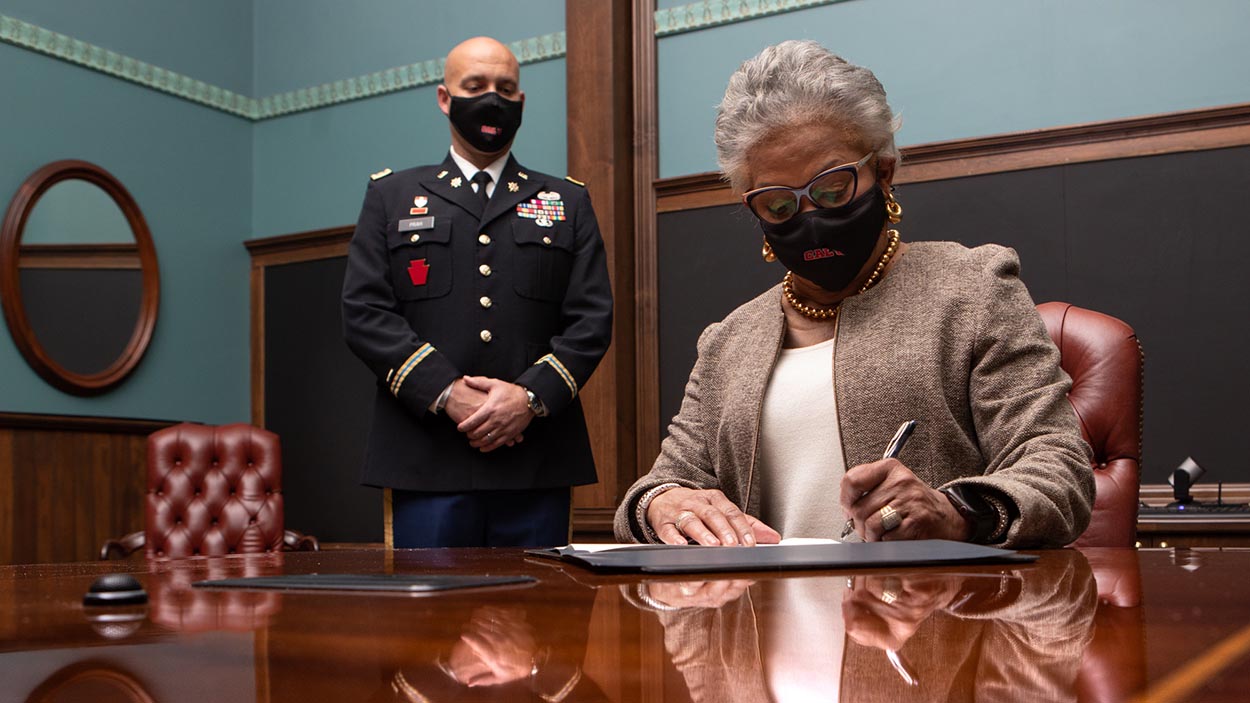 Honoring a tradition of 47 years, Cal U will honor veterans with a ceremony on Nov. 11.

The virtual event will be available on Nov. 11 at on Cal U's YouTube channel.

Guest speaker is Dr. Susan Morris-Rutledge, who served as a specialist in the U.S. Army Reserve in the Chemical Corps with the 323rd Chemical Co., Sioux Falls, S.D.

Morris-Rutledge is an associate professor of secondary education in the Department of Education. She teachers a supporting English language learner course for undergraduate and graduate teacher education majors as well as coordinates the Masters of Education with English as a second language program.

Garcia served six years in the 148th Bravo Company, located in Bowling Green, Ohio. From 1987 to 1993, he served as an infantry soldier and completed basic and advanced individual training at Fort Benning, in Georgia. Garcia earned the rank of E-4 Specialist before being honorably discharged after serving his commitment.

Student Jennifer Lynn Macdonald will receive the Col. Arthur L. Bakewell Veterans Scholarship at the ceremony. She served in the U.S. Army from 1986-1989 as an electronic warfare voice interceptor. An Arabic teacher who lives in Asheville, N.C., Macdonald is enrolled in Cal U’s master’s program in Arabic language and linguistics.

The scholarship is awarded annually in memory of Bakewell, the first Veterans Club adviser. It is funded through the generosity of the Veterans Scholarship Fund 500 Club.

“This is the 47th year for this event, and it was important to us that we continue the tradition of honoring our military veterans,” said Robert Prah, Cal U’s director of Military and Veterans Affairs and a major in the U.S. Army Reserve. “While we wish we could honor our veterans in person, we are grateful we can still gather virtually.”