The women's basketball team will face Gannon in the opening round of the NCAA Division II Tournament. 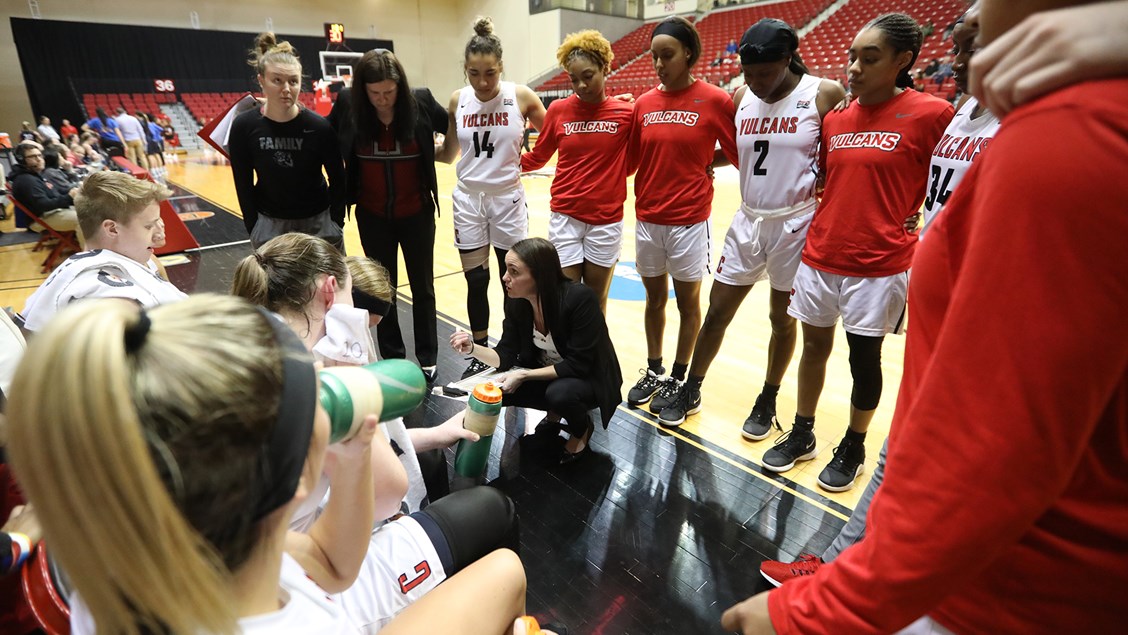 The Vulcans, led by head coach Jess Strom, will play in the Atlantic Regional.

The California University of Pennsylvania women's basketball team earned the seventh seed as an at-large selection in the upcoming Atlantic Regional of the NCAA Tournament.

The Vulcans will be making their sixth-consecutive appearance in the NCAA Tournament and will face second-seeded Gannon (25-6) in the first round. The Lady Knights earned an automatic qualifier after capturing the title in the Pennsylvania State Athletic Conference (PSAC) Tournament earlier on Sunday. Under ninth-year head coach Jess Strom, Cal U enters the NCAA Tournament with a 21-9 overall record this season.

In a change from recent years, the Atlantic Regional will feature a pair hosts for the opening two rounds of the tournament before the advancing teams will play for the regional championship at the highest remaining seed.

Follow the team at calvulcans.com and on social media @calvulcans.

Gannon will host its subregional games at the Hammermill Center this weekend on March 13-14. The Vulcans and Lady Knights will play on Friday, March 13, at approximately 7:30 p.m. Three-time, defending-Mountain East Conference (MEC) Champion and third-seeded Glenville State (26-5) will face sixth-seeded Notre Dame (Ohio) (26-5) for the fourth time this season in the opening round on Friday in Erie, Pennsylvania.

Two-time, defending-regional champion IUP (28-3) earned the top seed and also secured hosting rights for the subregional. The Crimson Hawks will host eighth-seeded and CIAA Champion Fayetteville State (21-8) in the opening round, while the other first-round game features fourth-seeded Bowie State (25-5) against fifth-seeded Virginia Union (23-4) in a rematch from the semifinals of the CIAA Tournament.

Additional information related to the regional tournament will be announced in the coming days. The winner from the Atlantic Region will advance to the Elite Eight in Birmingham, Alabama, from March 24-27.