Alumni Spotlight: A Design for Success 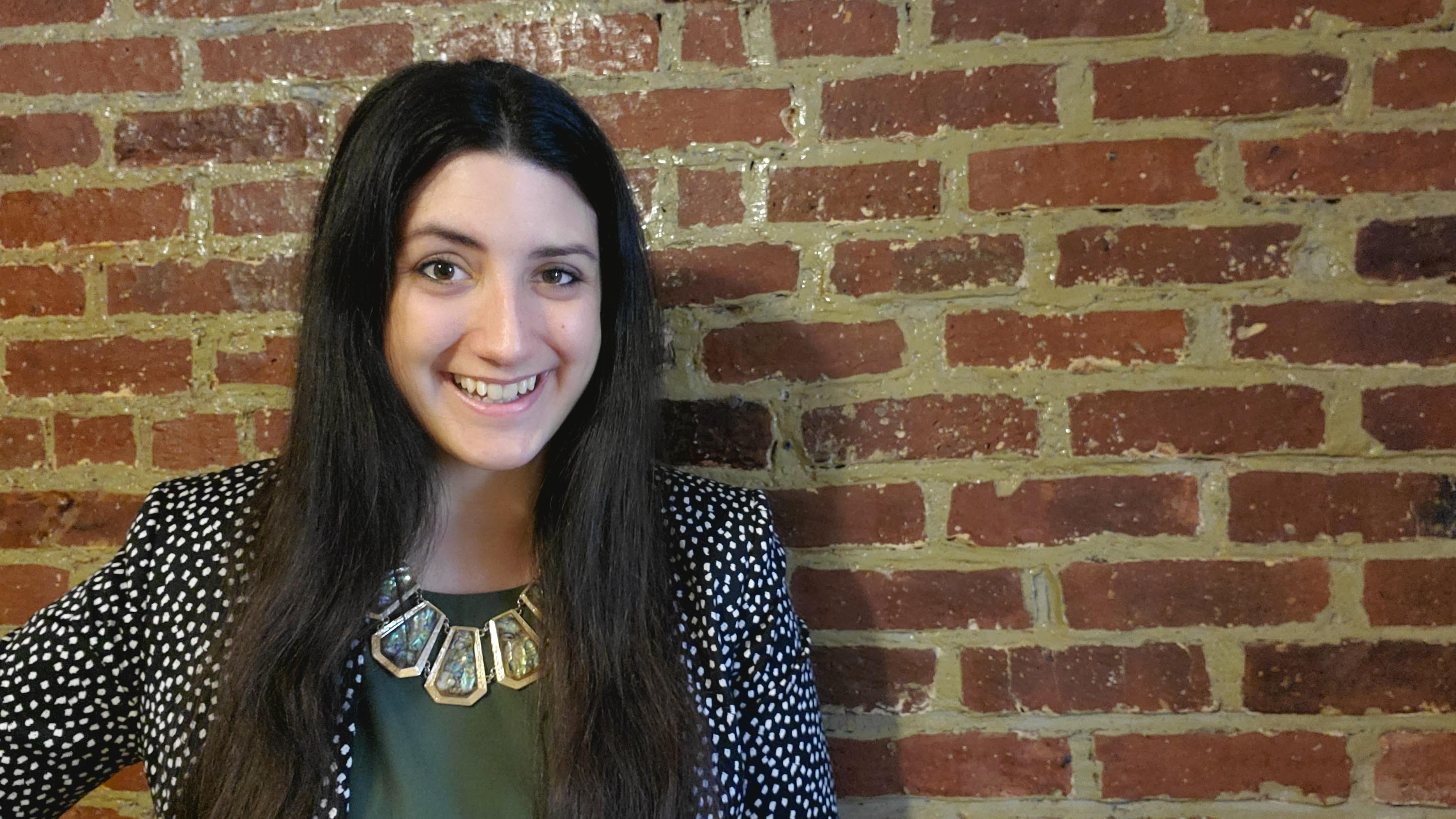 As a graphic design major at Cal U, Desiree Tomich spent long hours in the design lab perfecting class projects. Sometimes that meant foregoing spending time with friends to work late into the night. Getting her projects done came first.

That work ethic paid off.

After graduating in 2011, her first job was with The Hershey Company, as a part-time graphic designer. She later moved into an associate design manager position with the company, helping lead new design initiatives for brands such as KISSES.

She learned a lot at Hershey. However, after five-and-a-half years there, she was ready for a change, something that would allow her to further expand her skill set.

An opportunity at PepsiCo seemed like the right move — both because it was a company she respected and because she was drawn to New York City.

Tomich has now been with PepsiCo’s Beverage North America team for two years. She helps design packaging, point-of-sale signage and other materials for products such as bubly™, the company’s sparkling water.

“I really love being able to impact brands that people interact with every day,” she said. “Seeing the end result come to life makes everything worth it to me.”

She notes that though sometimes those who work in design are portrayed as ruthless and competitive, “for the most part, it’s been a friendly industry.”

“I’m around so many talented designers who have diverse backgrounds in things like structural design, illustration, animation, and it’s really made me expand the way I think and approach a project,” she said.

She notes that she’s “learning from the creative people around me,” and someday she hopes to pay it forward by serving as a mentor for younger designers.