The Foundation for California University of Pennsylvania announces annual awards for supporters of the University. 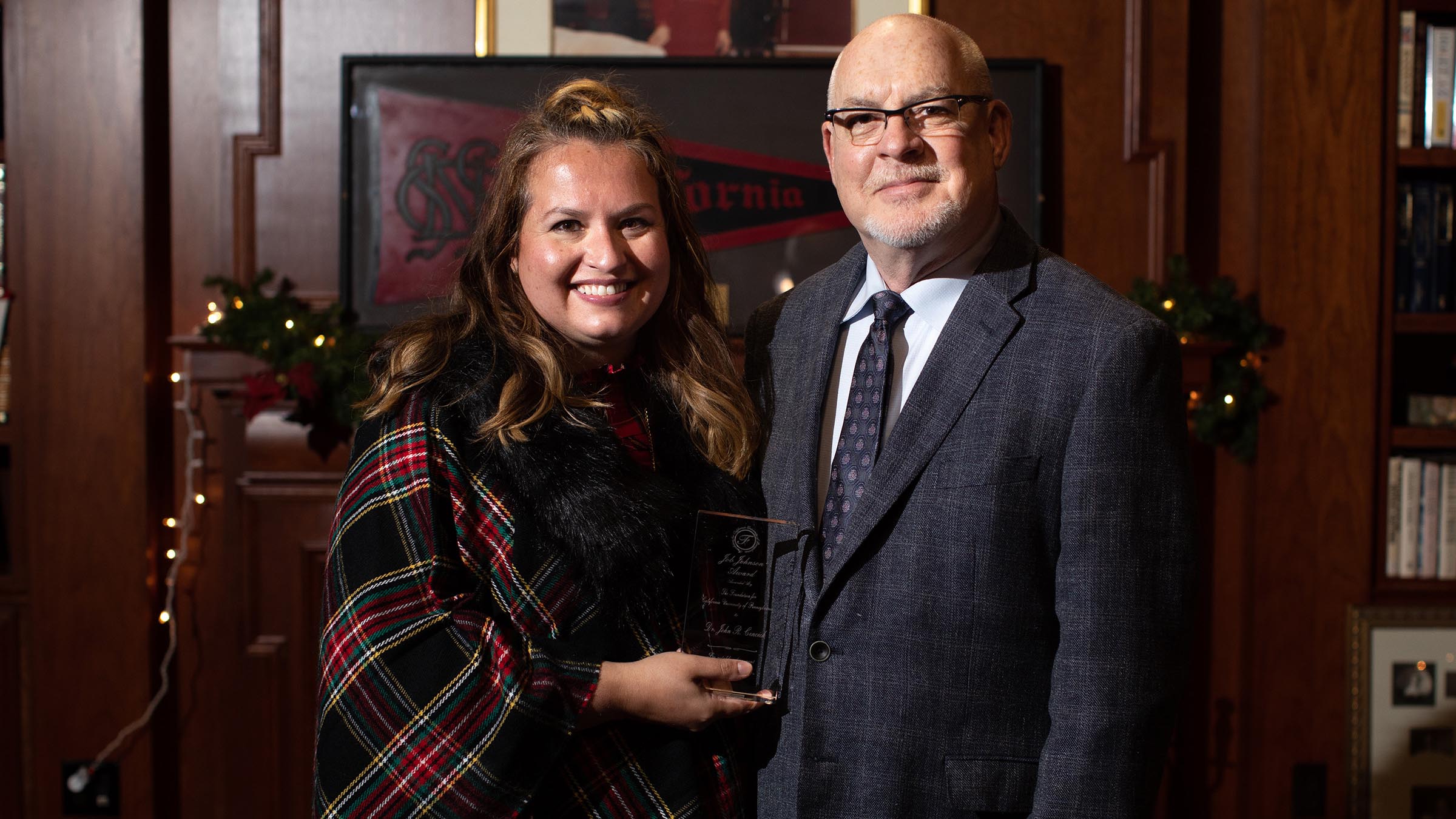 The Foundation for California University of Pennsylvania presented its 2021 awards at a ceremony held in Kara Alumni House:

Job Johnson Award: Dr. John Cencich, professor and former department chair and dean of the School of Graduate Studies and Research. He developed the professional Doctor of Criminal Justice degree and established with his wife the Drs. John R. and Andrea V. Cencich Endowed Scholarship. The Job Johnson Award recognizes individuals for excellence, innovation, community service or other achievements.

Society of 1852 Award: The late Michael Perry was a 1963 graduate and former member of the Foundation board of directors. He established the endowed Perry Family Scholarship and supported other Cal U initiatives. The award honors individuals who have made significant contributions to the University.