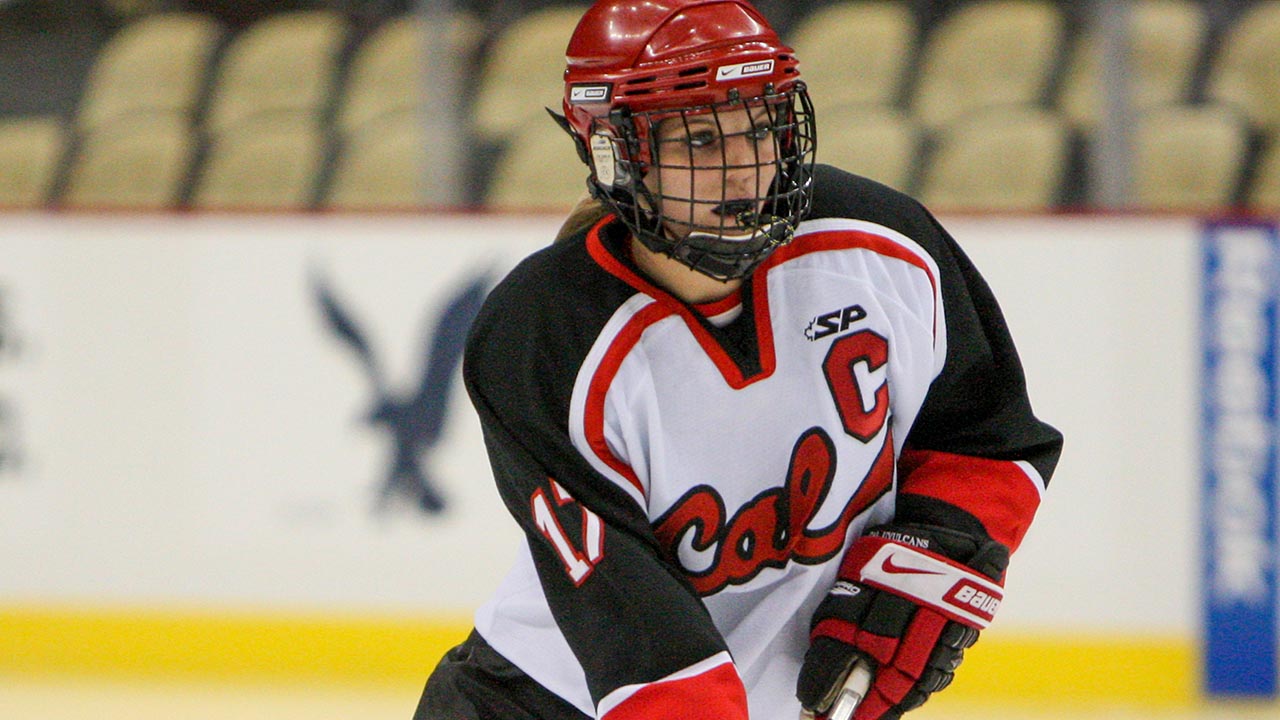 Tiffany Juha, the USA Hockey Adult Player of the Year, from her days as a member of the women's team at Cal U.

It’s hockey for life for Cal U grad Tiffany Juha ’11.

She played for three years at Cal U, a member of the American Collegiate Hockey Association, and still holds school records for hat tricks (18), power-play points (27) and power-play goals (18). She participated in the 2011 Winter World University Games in Turkey.

To this day, Juha, who lives with her close-knit family in North Fort Myers, Fla., laces up her skates to play with her mom, Melanie, and twin sister, Mindy, for the Gulf Coast Seagals in the Florida Women’s hockey League. Her dad, Bob, coaches the team, which Tiffany Juha organized.

For her passion and longevity, USA Hockey recently named Juha the Adult Player of the Year. The organization emphasizes the support and development of grassroots hockey programs and age-appropriate athletic development.

“It’s awesome to be recognized by USA Hockey,” Juha said. “I think organizing the Seagals had a lot to do with it. We drew the logos and everything!”

Off the ice, it’s a busy life for Juha, who grew up in South Park, Pa., and majored in criminal justice at Cal U. She is a fifth-grade science teacher at J. Colin English Elementary School in Lee County, Fla., and has taken on some of her dad’s clients at Plecko Pools.

She owns a horse, Cruz, and is casually training him in barrel racing.

“My dad always said do what you love to do,” said Juha, who is taking the advice to heart.