Divonne Franklin and Beyoncé Kelly will compete at the 2021 NCAA Championships May 27-29. 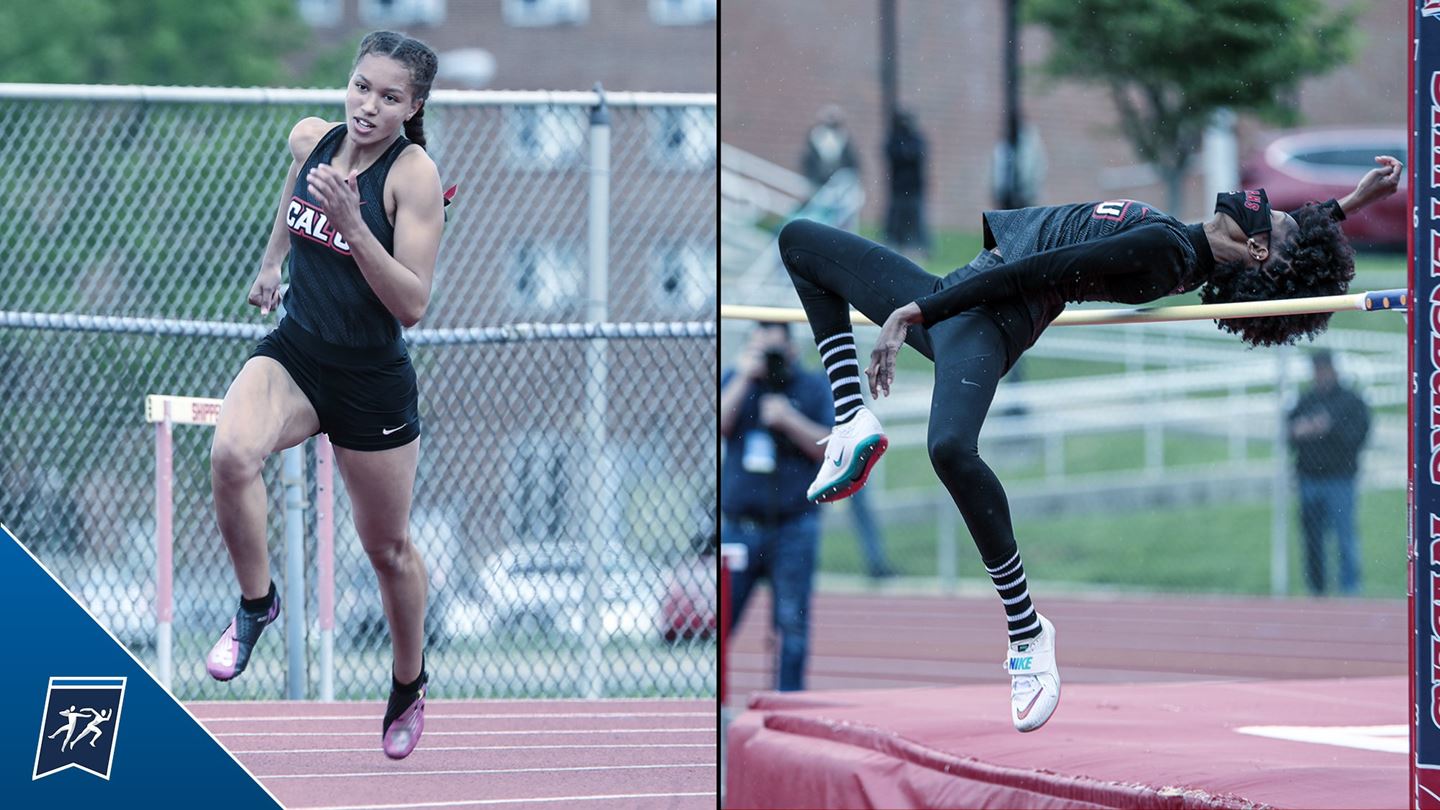 Update: Divonne Franklin has qualified for 100m finals at NCAA Championships. She will compete in finals on May 29 in Michigan.

Cal U junior Divonne Franklin and sophomore Beyoncé Kelly  were selected to compete at the 2021 NCAA Championships hosted by Grand Valley State on May 27-29 in Allendale, Mich.

Franklin will compete in the 100-meter dash and Kelly will participate in the high jump while in Michigan. The Vulcans are one of only two Pennsylvania State Athletic Conference (PSAC) teams to feature multiple selections to the 2021 NCAA Championships, and the lone school to place entries in multiple disciplines.

A native of Philadelphia, Franklin was chosen for the NCAA Championships for the second time in her career yet will her make her national debut this month. She was scheduled to compete in the 60-meter dash at the 2020 indoor championships before the event was canceled. Franklin is tied for 15th on the national performance list in the 100 meters this spring after setting the school record at 11.65 seconds last month while at Shippensburg. The 5-foot-10 standout will be the only sprinter from the PSAC and the Atlantic Region to participate in the 100 meters. Sophomore Lyric Holman of Fort Hays State (Kan.) is the national leader in the event at 11.46 seconds after finishing sixth in the 60 meters at the indoor NCAA Championships this winter.

Kelly is in her first season of outdoor competition and qualified for the NCAA Championships for the first time in her career. She is tied for 13th on the national performance list in the high jump after clearing 1.73 meters (5-8.0 feet) earlier this month at Pitt-Johnstown. Kelly will be joined in the event by PSAC Champion Becca Hemingway of Kutztown, who is tied for the second-best height in the nation. Azusa Pacific (Calif.) sophomore Chinenye Agina is the national leader in the high jump this spring with a mark of 1.84 meters (6-0.5 feet).