The University is honored for efforts to engage student voters. 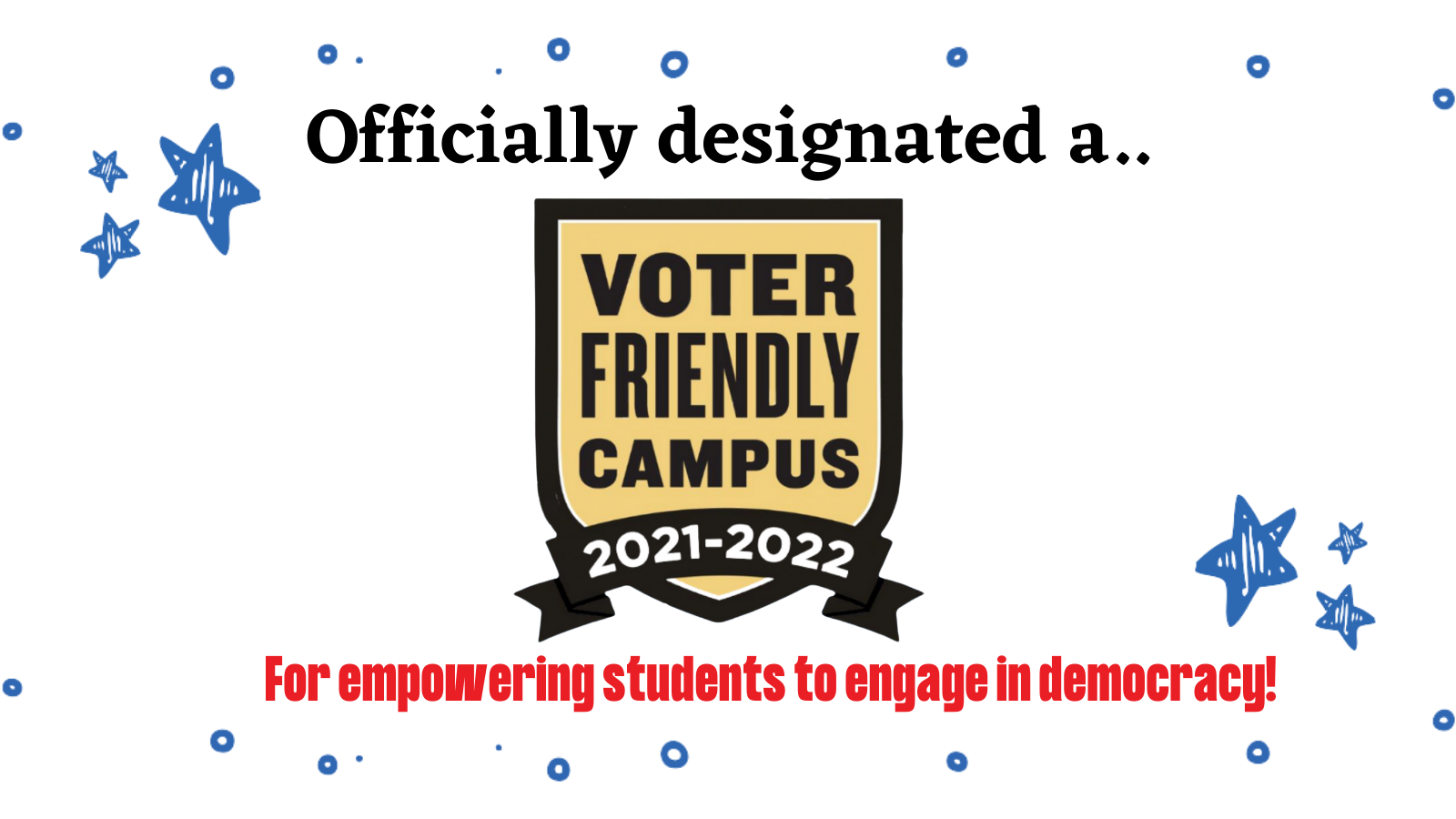 California University of Pennsylvania has been named a 2021-2022 Voter Friendly Campus for its efforts to empower students to participate in the political process.

The organizations recognized Cal U after evaluating the university’s plan to register, educate and turn out student voters in 2020. They also considered how the university facilitated voter engagement efforts in the midst of a global pandemic.

The nonpartisan American Democracy Project at Cal U kept students engaged virtually over the past year. It sponsored virtual Constitution Day events in September 2020 and hosted the Dr. Melanie Blumberg Post-Election Analysis Forum in November to discuss the results of the presidential election.

Blumberg, a political science professor at Cal U who died in 2020, was the founding director of the American Democracy Project at Cal U.

CVP and NASPA first recognized Cal U for its voter engagement efforts in 2016-2017.

“We are honored to be selected as a Voter Friendly Campus for the third time,” said Dr. Laura Tuennerman, a history professor at director of the ADP at Cal U.

“Mel Blumberg was a champion of the American Democracy Project’s mission, and she was passionate about encouraging our students to be involved in the democratic process.

“We strive to continue to build on that legacy.”