Permit parking and pay-as-you-park options will be available. 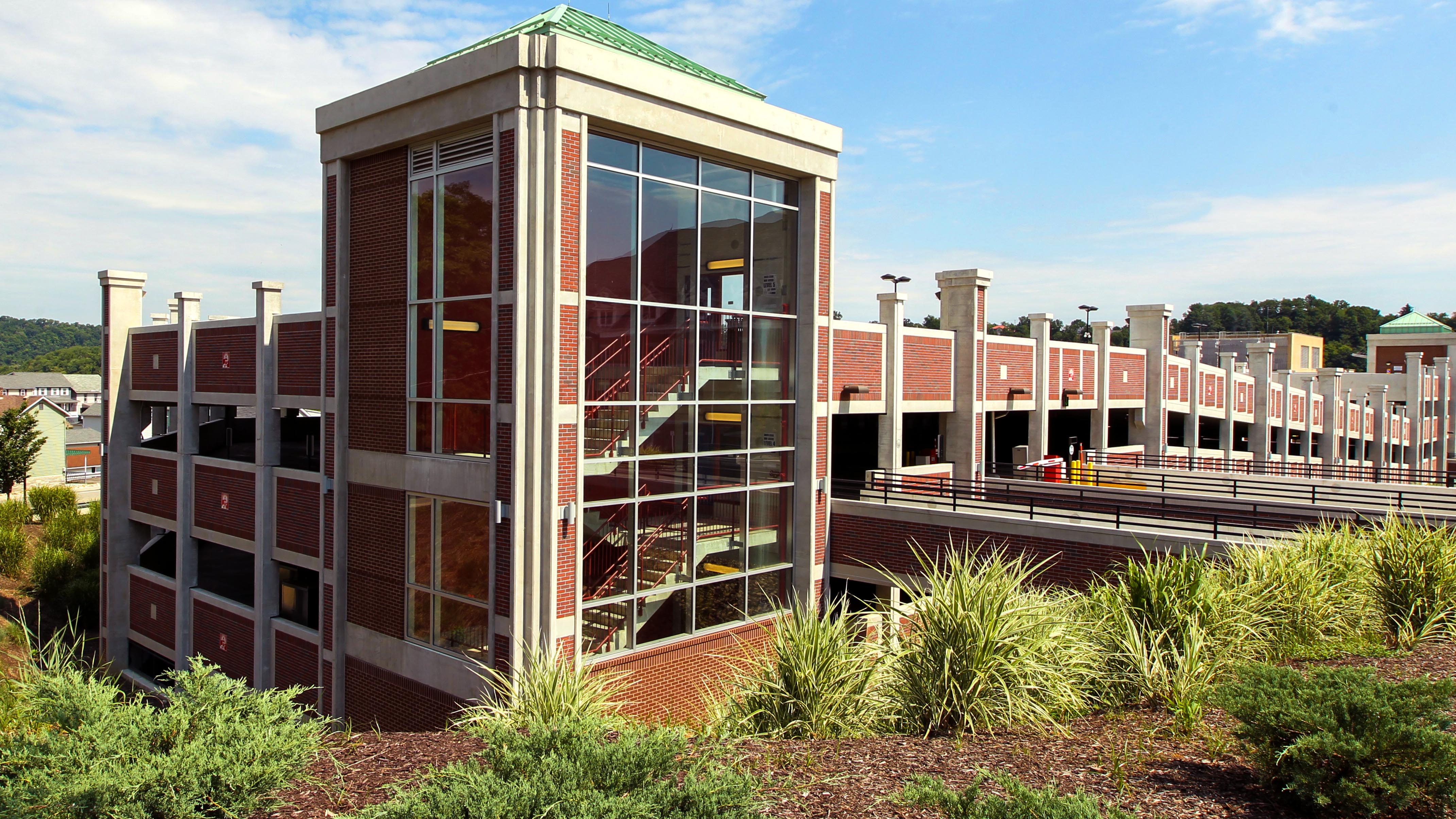 After being shuttered for more than five years, the Vulcan Parking Garage at California University of Pennsylvania will reopen Dec. 6.

“The garage has been under repair since September 2020,” said Fawn Petrosky, vice president for finance at Cal U. “Those repairs have been completed, and the facility has been inspected, tested and deemed safe for use.”

The garage – also known as Lot 22 in Cal U’s managed parking system – will reopen with new “pay in lane” stations that accept credit cards and a cash pay station on the third floor. A limited number of student parking permits will be available for the garage, and students may place their names on a wait-list to reserve a slot. Faculty and staff also may apply to park in the facility.

The Vulcan Garage has been closed since August 26, 2016, when a 20- by 2-foot piece of concrete on the facility’s second level broke off and fell to the ground level. No one was injured and no cars were damaged, but Cal U officials immediately shut down the facility, citing safety concerns.

A subsequent inspection revealed additional safety hazards in the $13 million garage, which had opened in 2010.

In 2018, two years after the collapse, the University filed a lawsuit in Washington County Common Pleas Court seeking damages from building contractor Manheim Corp. and its bond-holder, Travelers Casualty and Surety Co. of America.

Under the settlement, repairs to the five-level parking structure were funded entirely by the defendants. Contractor Howard Shockey and Sons Inc. has performed the repairs, which included inspecting and rewelding key connections, and fortifying beams with additional rebar to add strength.

“Bringing this parking structure safely back online provides greater flexibility not only for day-to-day parking needs, but also for special events that bring families and other visitors to campus,” Petrosky said. “We look forward to putting the Vulcan Garage back into service.”