Performances will be April 7-10 in Steele Hall. 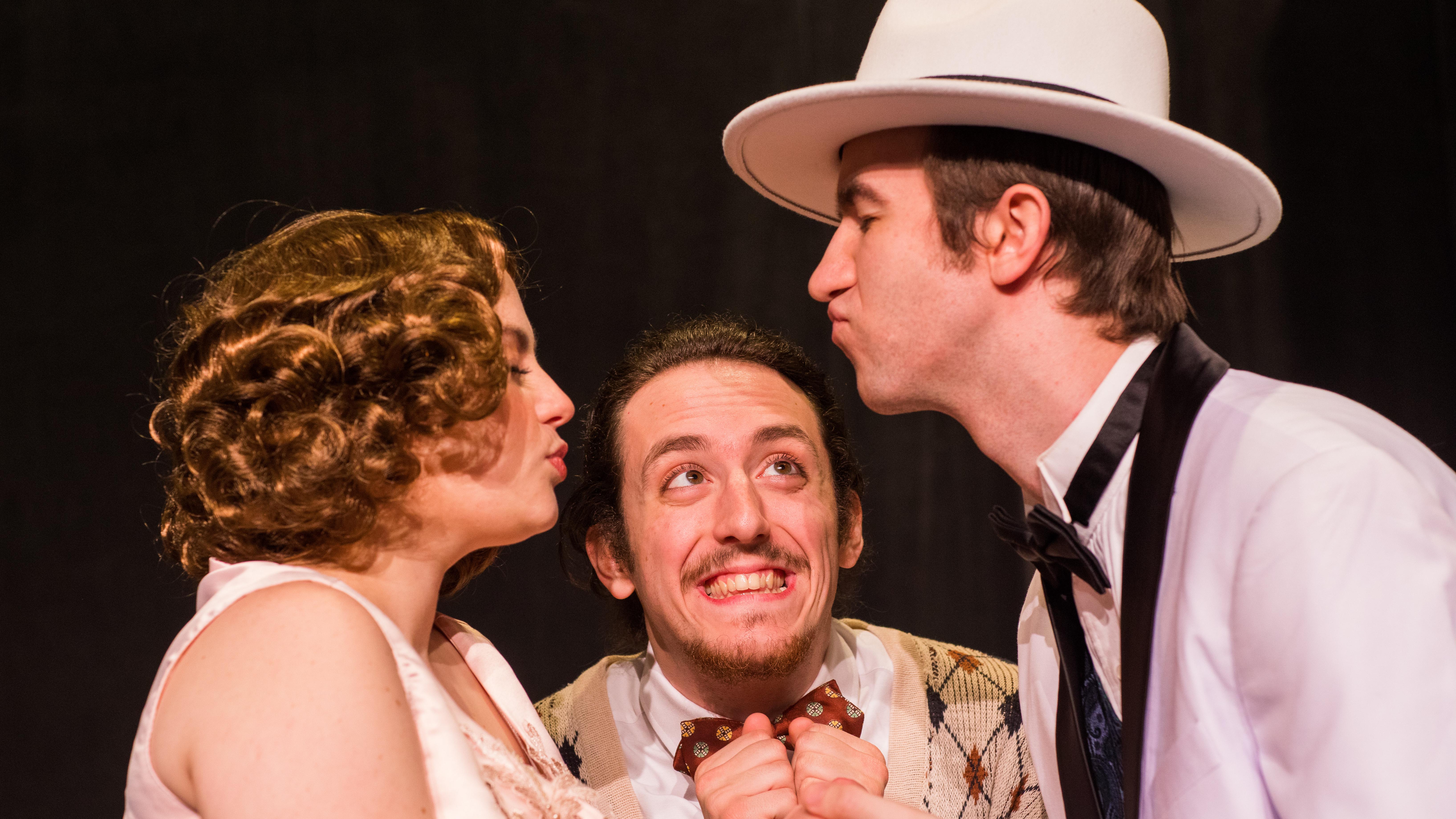 Man in Chair, played by Elijah Gilbert (center), anticipates the marriage of Janet Van de Graaff, played by Amanda Peters (left), and Robert Martin, played by Shane Callahan, in the ‘The Drowsy Chaperone.’

The theatre department at California University of Pennsylvania will present Bob Martin and Don McKeller’s The Drowsy Chaperone at 7 p.m. April 7-9 and 2 p.m. April 9-10.

Performances will be held in Steele Hall Mainstage Theatre. For tickets, visit www.showtix4u.com/events/caludrowsy.

The musical follows the asocial Man in Chair, played by senior Elijah Gilbert, as he listens to the fictional 1920s musical “The Drowsy Chaperone” and is transported into the show itself.

Cal U Theatre director Dr. Michele Pagen said that the show features musical numbers and jokes that are tailored to both fans of theatre and those new to the stage.

“We selected The Drowsy Chaperone as the final show of the season because it’s just a lot of fun,” she said. “People are still dealing with various aspects of the pandemic and we the audience to have a great time and for us to have a great time putting the show together.”