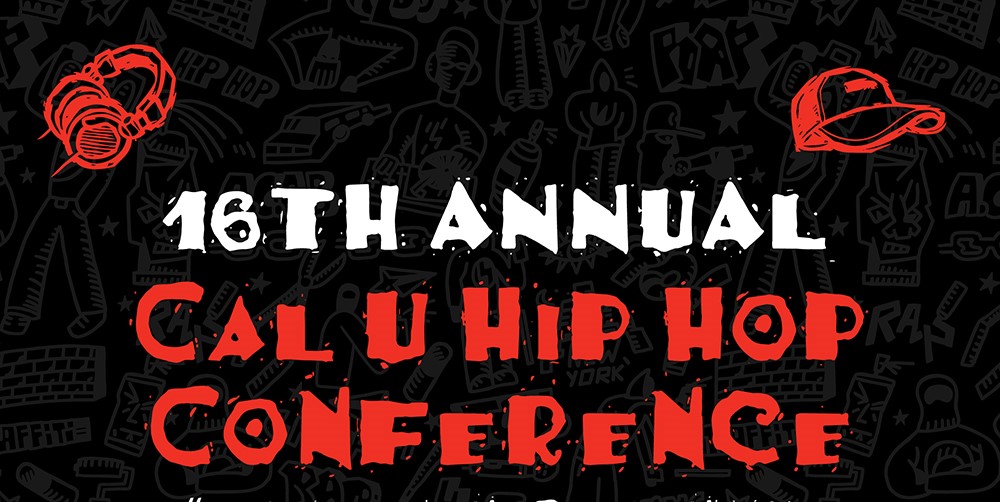 The duo will explore “Hip-hop Expression: Theory, Artistic Freedom, & the Oral Tradition” at 4 p.m. Thursday on the Steele Hall Mainstage. Dr. Todd Carlisle, associate professor of History at Cal U, will moderate the panel, which can also be streamed live here.

“I try to pull the hottest and most relevant topics, because that’s what hip-hop does,” said Dr. Kelton Edmonds, professor, director of African American Studies at Cal U, and creator of the annual Hip-Hop Conference.

Each year, the conference brings well-known hip-hop artists and activists to campus to explore the significance of hip-hop culture.

Also in Duda 303 at 1 p.m. April 27, Edmonds will join Anthony Sanders, a Pittsburgh hip-hop aficionado who has been committed to the preservation of hip-hop culture, for "From Emmett Till to Young Dolph: Young Grief, Public Mourning & Music as Catharsis."

The following events will be held Friday in Duda Hall, Room 103:

The conference is sponsored by the Office of the President; Edinboro University; Office of the Provost; American Democracy Project; Department of History, Society, Politics and Law; Black Student Union; Cal U Men United; Cal U Women United; and the College of Liberal Arts.

Dr. Zoe Spencer is an Emmy Award-winning writer and scholar-activist, CEO and a beloved professor and director of the Center for Policing Leadership and Social Justice at Virginia State University (HBCU) in Petersburg, Va. She earned her Ph.D., M.S.W., and B.A from Howard University and a master’s in Legal Studies (M.L.S.) degree from the Washington University St. Louis School of Law. As a staunch freedom fighter, she has dedicated her life to addressing all forms of oppression and disparity, no matter the construct. Spencer’s creative work includes her Emmy Award-winning spoken word piece, “Say Her Name,” which pays homage to the victims of historic and contemporary lynching in America, and a dramatic monologue piece written for the short film, “For Coloreds Only.” Full Bio

KRS-One is an American rapper and lyricist known for rejecting the cultural exploitation of Hip Hop and embracing its original principles of peace, love and unity. Called the “conscience of Hip Hop” (Rolling Stone), “the greatest live emcee ever” (The Source), and the “spokesperson for Hip Hop” (Wall Street Journal), KRS-One has lectured at 500 university across the U.S. and published three ground-breaking books: “The Science of Rap” (1995), “Ruminations” (2003), and the Gospel of Hip Hop” (2009). He also established the Stop the Violence Movement (1989) and influenced the creation of the West-Coast All-Stars’ anti-gang anthem “We’re All in the Same Gang.” (1990) Full Bio

Brandon Jennings has more than 35 years of experience in graphic design and illustration. He is creative design and marketing director at his Pittsburgh-based agency, Yourbrand Designs. which serves clients around the U.S. Previously, Jennings taught graphic design at Pittsburgh Technical College for two decades. In 1990, he was voted the John L. Holloway “Best Editorial Cartoonist” amongst all the African-American newspapers in the nation.

Dr. Tracie Webb-Bradley is a licensed clinical psychologist and a national psychologist peer reviewer and subject matter expert for Optum Health Behavioral Solutions (formerly United Behavioral Health). In clinical practice, she has a special interest in working with people of color and women regarding trauma, identity and sexuality issues. She volunteers with The Swan Within, a nonprofit organization that teaches therapeutic ballet to sex-trafficked, abused and neglected girls in the California detention system.