The rapper and activist will be on campus Feb. 25. 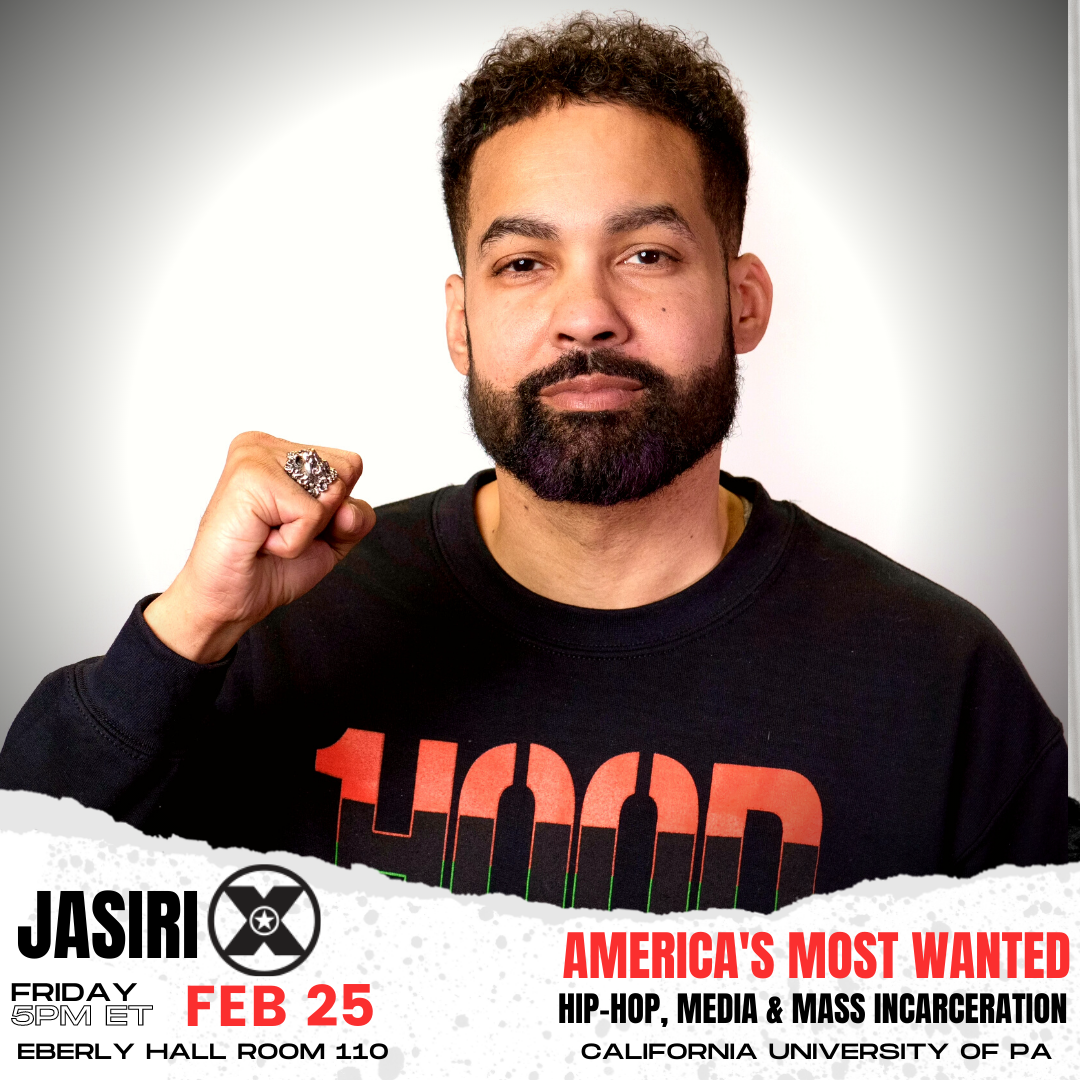 The Society of Cal U Journalists welcomes Jasiri X, the award-winning Pittsburgh-based rapper and activist, to campus Feb. 25 as part of California University of Pennsylvania’s observance of Black History Month.

Jasiri X will present “America’s Most Wanted: Hip-hop, the Media, and Mass Incarceration” at 5 p.m. in Eberly Hall 101. The free event is open to faculty, staff and students at the University. Masks are required at Cal U while indoors.

The discussion will focus on what Jasiri X says is the negative imagery prominent in current rap music. “How Mass Media Leads to Mass Incarceration” will also analyze the connection between images of young men of color and the same demographic fueling the prison industrial complex.

Jasiri X is the first independent hip-hop artist to be awarded an honorary doctorate, which he received from Chicago Theological Seminary in 2016. He founded Pittsburgh-based 1Hood Media, which teaches the youth of color how to analyze and create media for themselves. He has discussed his views on hip-hop, race, and politics at leading institutions across the nation, including Harvard University, the University of Chicago, NYU, Yale and Stanford.

In 2017, he received the Nathan Cummings Foundation Fellowship to start the 1Hood Artivist Academy. Jasiri is also a recipient of the USA Cummings Fellowship in Music, the Robert Rauschenberg Foundation Artist as Activist Fellowship, and the President's Volunteer Service Award.