Erica McDill, a 1992 Cal U alum, is a teacher at Westinghouse High School in Pittsburgh. 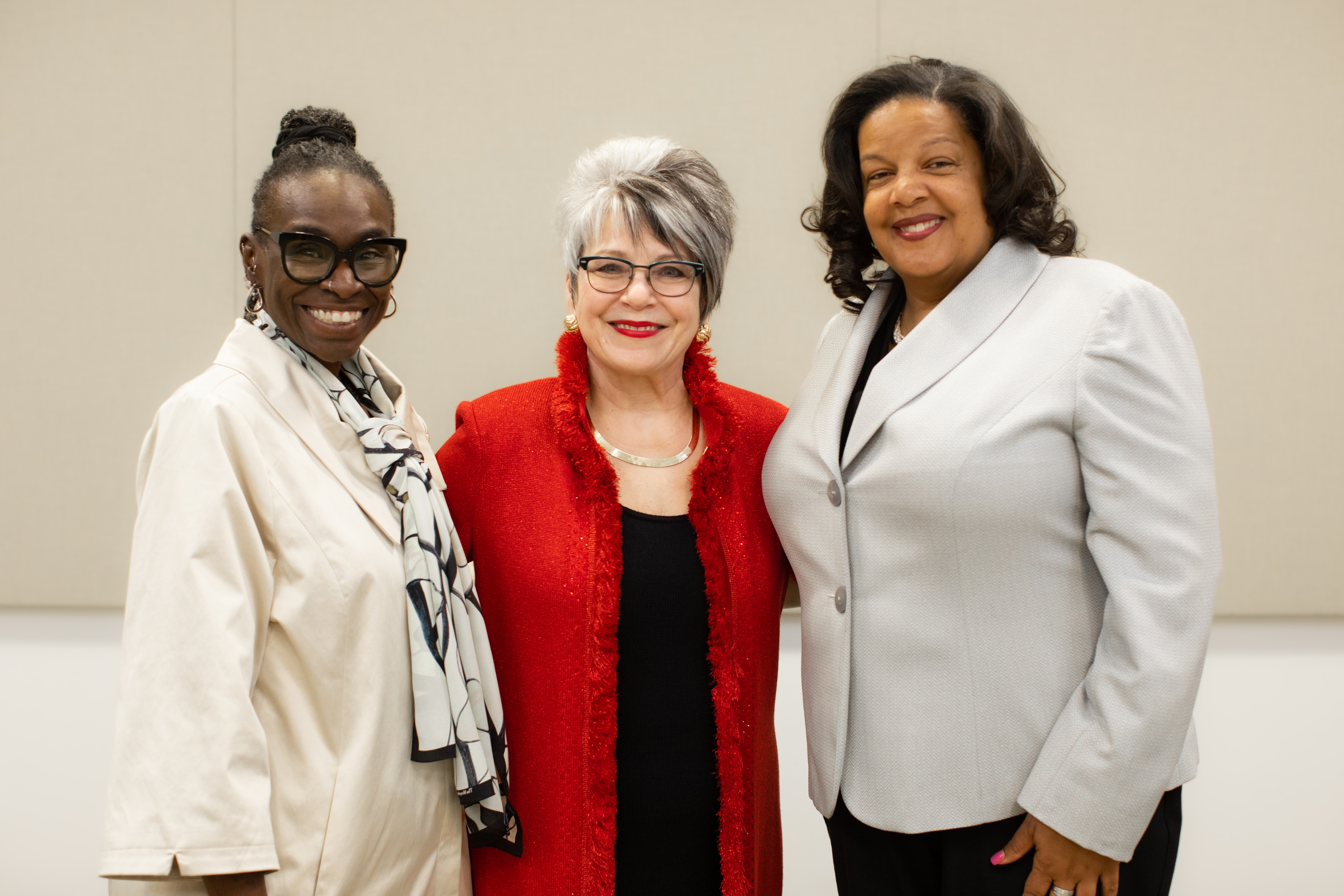 “There are no limits,” Savannah Dorsey proclaimed, when asked the lessons she has learned from Erica McDill, a 1992 graduate of Cal U and ardent supporter of students.

“She is a genuinely wonderful person. I thank her for my growth and confidence,” said the senior criminal justice major, who is president of the Black Student Union, the Alpha Kappa Alpha chapter president and Student Activities Board secretary.

McDill, who graduated with a degree in secondary education, was honored April 8 as the 2021-2022 recipient of the Jennie A. Carter Award, named for the first African-American graduate of Cal U.

“I cannot say enough about this university,” McDill said. “I give back because this university is me. It has been my home from the first day I came on campus in 1986.”

McDill is a social studies teacher at Westinghouse High School in Pittsburgh. After earning her master’s degree in special education and middle years English from Eastern University, she has taught both special and general education in elementary, middle and high school settings in Philadelphia public school districts. Early in her career, she taught grade school for the Diocese of Pittsburgh and became program coordinator for Catholic Charities.

“Those two people changed my life,” McDill said of James and Jones, who worked at Cal U when she was a student.

“I’ve discovered that Jennie Adams Carter is a real presence on this campus,” Pehrsson said. “People know her story, they know her name, they know who she is. We are poised for many changes, but Jennie Carter will remain a vital part and presence at PennWest California.”

The Jennie Adams Carter residence hall was dedicated in 2007, and the Jennie Adams Carter Endowed Scholarship also was established that year and is awarded annually to an African-American student who exemplifies the values of academic excellence and leadership in service to a multi-cultural community.

“There are no limits,” Dorsey said, reflecting once more on the impact McDill has had on her. “Never take your foot off the gas. You can be a student and still give back. There are no excuses. Do it, and do it well.”